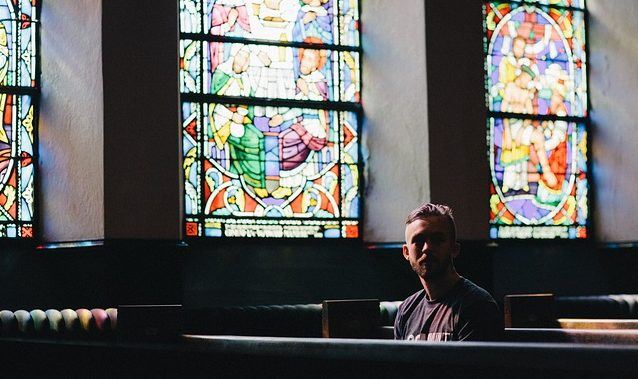 American Christianity the Biggest Loser during Times of Racial Division

The enslavement of blacks/Africans as practiced in Europe, and then in America was based upon racism, white supremacy, and the belief that black people were only fit to be slaves. De Jure segregation in the south was based upon fallacious beliefs about the black body, beliefs that exploited the fears of white southerners. Unfortunately, this belief made its way into American Christianity very early as colonies, states, and churches were eventually established. My denomination, the Southern Baptist Convention, was founded in 1845 in part because of slavery.

Continuous Segregated Hour
After emancipation, blacks were not welcome in numerous white American Christian churches. So, they founded their own denominations and churches. The historical reason why black churches emerged is because blacks could not worship with whites. In fact, one reason why Sunday morning has historically been the most segregated hour of the week in the U.S. is because whites did not want to worship with blacks.

The black church historically was one of the few places in American society during segregation where blacks were treated with the dignity and respect God created them to have. And the reason why whites and blacks are still segregated in many contexts today, even in churches, is because of the racism that underlies the founding of the institutions of which they’re part.

American Christianity
For many, the sad events in Baton Rouge, Minnesota, and Dallas reinforce the effect that racism has historically had on America. The responses of many of America’s citizens and residents to these shootings illustrate how far apart black, brown, and white Christians really are when it comes to living in genuine community with each other, when it comes to how they understand race in America, and when it comes to the different experiences whites and blacks have in America.

As a super power, America indeed has a lot to lose if it continues to experience racial division and fails to offer proper diagnoses and long term solutions to either real or perceived racial injustices. However, as great as the nation’s losses might be relationally, politically, and economically, American Christianity has the most to lose during this divisive racial climate.

American Christianity is still largely segregated. There are those church leaders and denominations that want to pat themselves on the back and boast about the diversity in evangelicalism or about the increasing number of minorities joining traditionally white churches or white denominations. But white and black Christians are still segregated in many Christian communities. And they are often just as divided over race as non-Christians. Blogs, books, sermons, and social media posts reveal the current racial climate and racial division in the U.S. highlight how deeply divided white and black Christians are on race. Furthermore, many Christian churches are still segregated.

A narrow definition of the gospel that excludes horizontal and cosmological transformation enables Christians to ignore the horizontal and cosmological regeneration for which Jesus died and was resurrected (Romans 8). Just survey the role evangelicals played in racial discrimination during slavery and Jim Crow. Many evangelical churches ignore a variety of injustices that exist in and around their churches and in the communities or cities in which their churches reside because they think the gospel only focuses on the forgiveness of sins.

Liberal churches have lost the gospel because they reject the authority of the bible and deny the bodily resurrection of Jesus from the dead. Conservative churches are in danger of losing the gospel because, though they may believe in the authority of the bible and preach the cross and resurrection as foundational elements of the gospel (1 Corinthians 15), they ignore basic tenets of Jesus’ teachings that focus on the good news of the social liberation of the marginalized (Luke 4). And they ignore the teachings of Paul when he writes about the gospel as the unification and the reconciliation of all things and all people in Christ (Eph. 1:3-13; 2:11-3:8).

Instead, they exacerbate the pain of the marginalized by preaching sermons, writing books, posting blogs, hosting conferences, participating in panels, and teaching classes that reinforce a gospel that enslaves the marginalized, liberates the privileged, and prioritizes whiteness as the normal expression of American Christianity. They do all this while ignoring the suffering of the marginalized as one of many reasons for which Jesus died and was resurrected.

The Biggest Loser
Yes, there is much racial progress in America. Yes, churches have come a long way. Yes, many American Christians did and do care about the marginalized. But America has not fully recovered from slavery and segregation, and neither has American Christianity.

American Christianity might lose the gospel, not because of liberals who deny the authority of the bible or the bodily resurrection of Jesus, but because of conservative bible-believing Christians who fail to see both the justification and the restoration of the marginalized as an important aspect of the gospel.