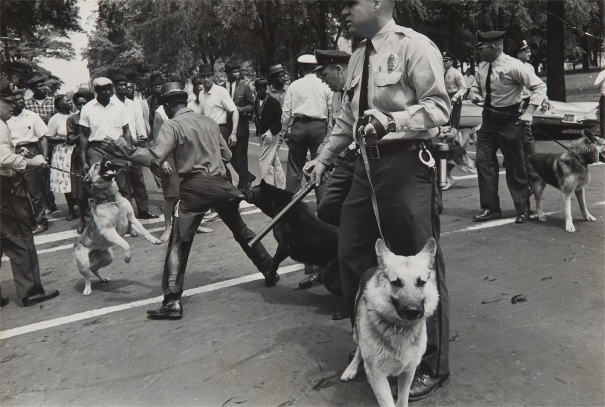 In the past few weeks, the facts about the senseless murders of Breonna Taylor and Ahmaud Arberry have flooded the media. Even as we were grieving their deaths, America’s legacy of racism showed itself again when we viewed, in horror, the brutal murder of George Floyd at the knee of a Minneapolis police officer.

Some of my white friends have responded to these murders by saying ‘This is not who we are as a nation. We are better than this.” But I don’t agree. This IS who we are, and this who we’ve always been. America has a long legacy of racism against African-Americans and other people of color. So let’s take a few minutes to go back, and review our history.

Stolen From the Motherland

Starting in 1619, and for the next 245 years, our African ancestors were stolen from our motherland. They were put on ships where many of them died of starvation and disease, before they ever set foot on American soil.

They arrived in a strange country, were forced to adapt to a strange climate,  eat strange food, and learn a strange language.

Our slave masters said that we were not fully human–animals of sorts, and we were beaten, tortured, and sometimes, maimed. However, they knew our humanity, all too well.

First of all, many of the female slaves served as wet nurses for their white mistresses, and nobody in their right mind would allow an animal to nurse a baby.

But much more than that, slave masters and plantation overseers routinely raped and violated their female slaves. Raping and impregnating slaves was so common that it effectively, and permanently changed the complexion of the entire race of our people.

As if we were not traumatized enough, many times African family members were sold to other plantations, never to be reunited again. To this day, we are still looking for one another. Why do you think African-Americans have so many family reunions?

Again, I have heard some of my White friends say, “But slavery ended in 1865 with the Emancipation Proclamation. Why do Blacks continue to live in the past? Why can’t you get over it?”

We will have to dig deeper into America’s legacy of racism to answer those questions.

The Racial Violence of the KKK

Although slavery was officially abolished by Abraham Lincoln in 1865, our freedom was met with a fierce backlash of hate.  We faced a reign of terror by white Southerners, specifically The Klu, Klux, Klan, which was founded in 1865 by a group of Confederate soldiers as a response to the federal government’s Reconstructive efforts in the South.

African-Americans now had to endure lynchings and other acts of racially motivated violence by the KKK. This went on well into the early 20th century.

One of the most violent episodes of U.S. history,  during that time period, was the Tulsa Race Massacre, which happened on May 31 through June 1, 1921.

Let me give you a little bit of the backstory.

By 1921, Tulsa, Oklahoma was a growing, prosperous city with a population of more than 100,000 people. Tulsa was also a highly segregated city. Most of the city’s 10,000 black residents lived in a neighborhood called Greenwood, which included a thriving business district sometimes referred to as the Black Wall Street.

On May 30, 1921, a young black teenager named Dick Rowland entered an elevator at the Drexel Building, an office building on South Main Street. At some point, the young white elevator operator, Sarah Page, screamed and Rowland fled the scene. The police were called, and the next morning they arrested Rowland.

By that time, rumors of what supposedly happened on that elevator had circulated through the city’s white community. A front-page story in the Tulsa Tribune, that afternoon, reported that police had arrested Rowland for sexually assaulting Page.

In the early morning hours of June 1, thousands of white citizens poured into the Greenwood District, looting and burning over 1,400 homes and businesses. Hundreds of people were killed and thousands left homeless.

Although this event remains one of the worst incidents of racial violence in U.S. history, news reports were largely squelched. For decades, there were no public ceremonies, memorials for the dead or any efforts to commemorate the events of May 31-June 1, 1921. Instead, there was a deliberate effort to cover them up.

But, unfortunately, America’s legacy of racism doesn’t end there.

The Poison of Racism

Because of its pernicious nature, systemic racism has infiltrated every aspect of American culture. A clear example of this can be found in a nursery rhyme book called “Ten Little Niggers”, published in 1939. It was used to teach little white children how to count.

The book has caricatures of Black boys who are eliminated by a series of fatal events, starting with the number 10 and counting back to number one. I won’t read you the whole thing, but the first line of the nursery rhyme goes like this:

Ten little nigger boys went out to dine;
One choked his little self [to death] and then there were Nine.

Who would have imagined that something so innocent as teaching children how to count would be poisoned with racism. By the way, this book was in publication until 1956, which was only 64 years ago. Let that sink in.

But America’s legacy of racism continues on.

In 1955, the Montgomery Bus Boycott took place under the leadership of Dr. Martin Luther King, Jr., and the Civil Rights movement was officially born. As the leader of this nonviolent movement, Dr. King, and others, traveled the country protesting and challenging the inequities of a racist system.

Once again, some of my white friends ask, “Why can’t Black people protest peacefully like Dr. Martin Luther King, Jr?’

What they forget is that even when Dr. King, and those who worked with him, protested peacefully, they were still beaten, thrown in jail, and in the end, they assassinated Dr. King.

So please don’t use Dr. King’s method of non-violence as an example of how Black people should protest because the racist system didn’t approve of his methods, either.

So now let’s fast-forward to the 21st century.

The Symptom versus the Illness

On February 26, 2012, in Sanford, Florida, George Zimmerman murdered Trayvon Martin , a 17-year-old Black teen, who was walking home from the store. George Zimmerman eventually was arrested. He went to trial, but was acquitted of all charges.

Almost none of the murderers have been prosecuted or even brought to trial, and for every name that you just heard, there are thousands more.

I think that my pastor, Carlos Tellez, said it best when he said, “Pointing the finger at individual acts, and calling them “racist” while good and true, is to simply point out the symptoms of a disease, but not the disease itself.”

Racism is a national disease, and we are sin sick. In order to heal, it’s important that we understand that the events I just talked about are not isolated incidents.  We need to comprehend the depths of this illness so that we can accurately treat it. 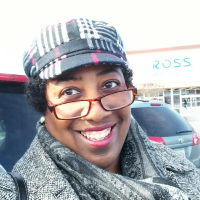 Deanna Johnson Cauthen is the host of The Working Woman Radio Show, a podcast that features real conversations about the unique issues working women face. She worked as a contributing writer for the Atlanta Journal-Constitution and the Decatur Dispatch and Tucker Times news magazines, publications of Hometown News Inc. She has also been a staff writer for the Stone Mountain-Lithonia Patch, an online media outlet of AOL.com and she has written numerous articles for local and national publications including Christianity Today and Home Education magazines. She is also the Marketing and Sales Director for ReVamped Furnishings, an antique furniture refinishing business.

3 thoughts on “America’s Legacy of Racism”