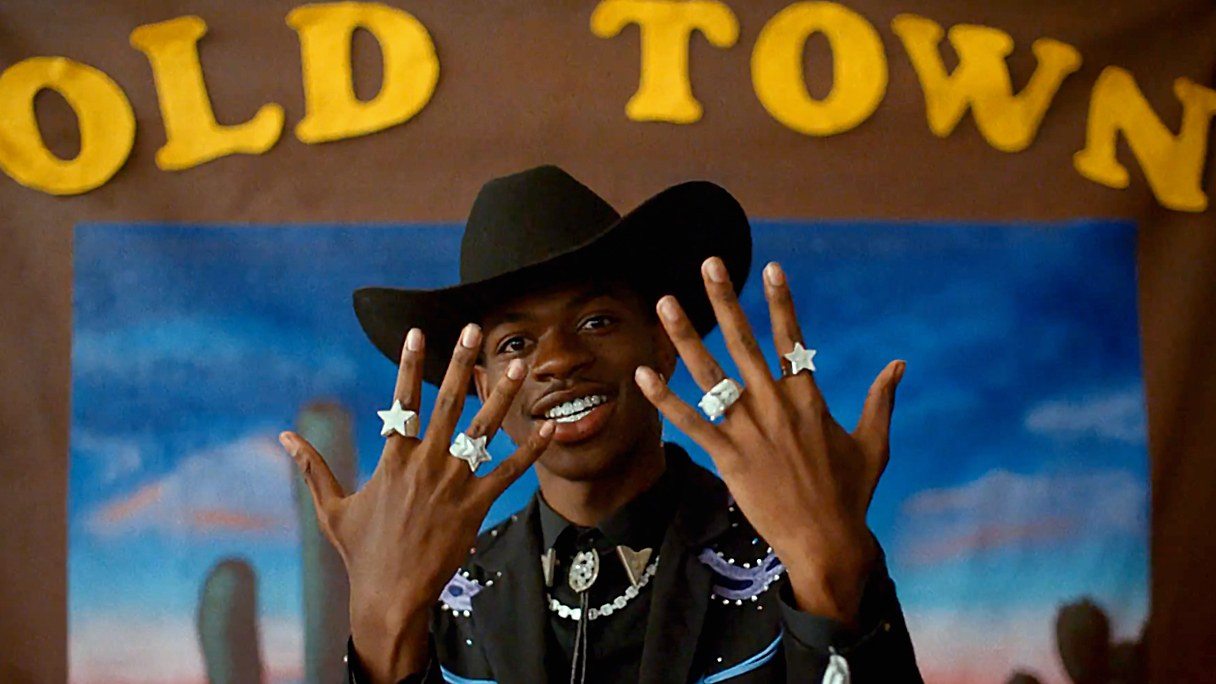 When I arrived at Hardin Simmons University in Abilene, Texas, I was quickly immersed in West Texan traditions. This included an undesired baptism into the abyss of country music. The inescapable honky-tonk sounds flooded the dormitory halls and our football locker room. I hated it. As far as I knew, country music contradicted everything about my culture. Hip-hop better defined who I was.

When my teammates played music after practices in the locker room—rotating genres for specific days of the week (Modern Mondays, Hip-hop Tuesdays, and Western Wednesdays)—Tuesdays were a moment when I could openly reconnect to my roots. But after practice one Wednesday, the unthinkable happened. I started singing along with a country song. I somehow memorized the lyrics to “Big Green Tractor” by Jason Aldean. But even worse—I liked it. Soon songs like “Honey Bee” (Blake Shelton), “Chicken Fried” (Zac Brown Band), “Gettin’ You Home” (Chris Young), and “Dirt Road Anthem” (Jason Aldean) became personal favorites on Wednesdays. By the time I graduated from HSU, I developed an appreciation and love for country music and its culture.

When the Atlanta-based artist released “Road,” he ignited an ongoing firestorm of country controversy. Though the track quickly climbed the country music charts, Billboard pulled it from its ranks, stating: “Upon further review, it was determined that ‘Old Town Road’…does not currently merit inclusion on Billboard’s country charts.” It does not embrace “enough elements of today’s country music in its current version.” Yet the song contains many of the familiar traditional guitar-strumming, drawls, and lyrical themes (riding horses, old towns, broken relationships, and dirt roads) of country music.

Some of Billboard’s decision to remove “Road” from the country charts is influenced by the country community’s disapproval of the song. Artists like Luke Combs senses the song is a sarcastic representation of country music. He believes “that the music should be taken seriously.” But even hip-hop artists like Dave East share criticisms of “Road,” more directly describing the song as “wack.” Other critics cite cultural appropriation as a good enough reason to permanently remove “Road” from the country charts.

Despite the onslaught of critiques for “Road,” it thrives. For every rebuke, there are a dozen commendations. Black and white artists applaud the song’s success as it continues to hold the top spot on multiple charts. When veteran country artist Billy Ray Cyrus heard it, he openly disputed the critics. Cyrus wrote on social media, “What’s not country about it? What’s the rudimentary element of a country and western song? Then I thought, it’s honest, humble, and has an infectious hook, and a banjo. What the hell more do ya need?”

Cyrus has since teamed up with X for the “Old Town Road” remix, which helped further boost the song’s success. As of this writing, the Cyrus-remixed version is No.1 on Billboard’s Hot 100 for the seventh consecutive week. It has also reached the top of the Streaming Songs, Hot R&B/Hip-Hop Songs, and Hot Rap Songs charts.

Though much pomp, recognition, and success surround Lil Nas X’s “Old Town Road,” it remains perpetually excluded from the country charts (as of this writing). Is X making fun of country music? Should we take his song serious? What are we to do with a song like his…a tune that doesn’t sonically befit an established genre? How we think about genre-bending artifacts like “Road” opens the door to more substantial inquiries about cultural taxonomy and how the Church can be a harbor for cultural misfits. It can also be a useful tool for understanding how the nuances and complexities of cultural appropriation and misappropriation can become unnecessary roadblocks when trying to build bridges across ethnicities.

To first understand the controversies of Lil Nas X’s “Old Town Road,” it is important to explore the musicians’ intent for creating it.

The song may seem like a parody of country clichés, but its creation was birthed out of ambition and good old-fashioned, tragic teenage rebellion. The nineteen-year-old Hill felt his life was becoming an unremarkable one. Post-high school, he enrolled in college, a feat that is becoming increasingly commonplace. Hill, however, aspired to be a full-time musician. So he dropped out of college—a decision that, too, is a growing trend—and focused on building his platform. Hill’s parents thought his passion quixotic and impracticable. “There’s a million rappers in this industry,” Hill’s father told him.

What birthed from—what Hill defines as—his parents’ disbelief in him is “Old Town Road.” Embedded within the track is a message to his parents: “Can’t nobody tell me nothing/You can’t tell me nothing,” a sentiment most of us have felt toward our parents at some point of our lives.

In an interview with Time Magazine, X reveals that “Road” is an emotive statement to what is and has been true about the foundational American spirit: rebellion. X says he wanted “Old Town Road” to be a triumphant metaphor. “It came after a period of feeling like I was out of options,” he told Time. “But during the month of me making it, I gave it a different meaning, so that the ‘Old Town Road’ would be the symbol for success. The horse would be not having too much, but having what you have, in order to get to where you’re trying to go.” Before long, what originated as a song to defy his parents quickly morphed into a viral online sensation. In the process, he ignited a firestorm of controversy.

Controversy and music usually go hand in hand. There isn’t anything new about it. More recently, Ariana Grande’s hit single “7 Rings” rendered a focus on cultural appropriation. Writers and critics called attention to lyrics like, “Make it all back in one loop, give me the loot/Never mind, I got the juice,” and “I see it, I like it, I want it, I buy it,” all over a pithy trap-inspired beat that sounds like rip-offs of previous productions in the hip-hop and R&B. genres. They also spotlighted Grande’s pink-themed music video, which rivaled imagery of rapper 2 Chainz health awareness trap house. The problem many have with Grande appropriating black imagery and lyrics is not that she borrows the themes, but she uses them for personal gain without the experiences often associated with them.

Many of the misappropriation arguments for “Old Town Road” echo the “7 Rings” diatribes. The sentiment is that Lil Nas X isn’t a white male from rural America and shouldn’t use country music culture to personally benefit from it. As defined by the Cambridge Dictionary, cultural appropriation, or misappropriation is “​the act of taking or using things from a culture that is not your own, especially without showing that you understand or respect this culture.” This is what many from the country music community feel Lil Nas X is doing with “Road.”

People that come from backgrounds where horses, boots, and old town roads were, or are, norms connect to this imagery in country music more than those who don’t. So to make fun of or appropriate country themes the way some people feel Lil Nas X does will undoubtedly draw a multitude of backlash. And from this particular perspective, rightfully so.

But for many African Americans, we see it quite differently. Those who’ve watched their culture be misappropriated for centuries see the “Old Town Road” controversy as yet another example of ethnic exclusion.

Some white artists are slowly rising to notoriety. Others have reached X’s level of success but through long and arduous endeavors of performing at small shows and auditions. The fast-track to success may leave some wondering how and why does this black kid get to enjoy instant-fame, while other, more seasoned, white boys are still waiting for their opportunity?

It’s the classic American recipe posed as a question in the subconscious that still abates inclusivity. It’s the myth that if one black is granted access to success and privilege, then the door is shut to many other “well-deserving” whites. The underlying belief that triggers the calculation for why “Road” remains excluded from the country charts is preeminently rooted in that dreadful ‘R’ word that establishes whiteness with power. Yes, racism.

Country music isn’t as ethnically inclusive as other genres to boot. So when a newcomer like X burgeoned with fame due to virally memed Tik Tok videos, it was sure to conjure a conglomeration of naysaying artists and country music fans. But X’s rookie rise to country music success isn’t the only example of African American artists who’ve been outcasted from country music settings. Other esteemed black artists who created similar crossover tracks have also been greeted with hostility from some in the country clique.

Hip-hop artist Nelly and country singer Tim McGraw faced similar scrutiny in 2004. Nelly’s country ballad, “Over & Over,” didn’t even receive country chart consideration, despite originally featuring one of the most famous and notable artists of the genre—Tim McGraw. If a collaboration with such a prominent artist like McGraw wasn’t worthy of a country-nod then the only remaining variable left to reason for exclusion is the ethnicity of the song’s primary artist. When country artists Jason Aldean and Florida Georgia Line featured hip-hop and R&B artists on their songs, they received no such removal from the country charts, leaving us to consider the distinctions for ourselves.

Beyoncé’s “Daddy Lessons,” is sonically a country song. Like “Road,” it contains themes which most country listeners would be familiar with. Beyoncé was invited to perform a remixed version of “Daddy Lessons”—which features the renowned country female group Dixie Chicks—at the Country Music Awards.

Not long after the announcement, a perfunctory tweet from country artist Travis Tritt made headlines. “We don’t need pop or rap artists to validate us,” he stated. Tritt’s sentiments were obviously made without consideration that the Houston-born artist was honoring her Texas roots. “Daddy Lessons” performs as an ode of appreciation for the country genre—a style that is thematically synonymous with the state of Texas (our state boasts of professional teams nicknamed after stereotypical country iconography: Cowboys, Rangers, Spurs, Mavericks). Beyoncé went on to perform with the Dixie Chicks at the CMAs and it was praised as one of the more country performances of the night.

The fracas surrounding “Road” contrasts the aforementioned examples in how far the attempts to ostracize X from everything culturally “country” have gone. For example, when the Wrangler Jeans company announced a partnership with Lil Nas X for his line: “Cowboy hat from Gucci, Wrangler on my booty,” some country fanatics pledged to boycott the company. Many dissenters publicly lamented their disapproval on social media: “If you have any sense, you’ll stop production and burn what’s left,” a user facetiously challenged Wrangler. Another commented: “I’m sick… Wrangler was the true Cowboy brand…but of course they can’t stay true to their consumer and try to appease a totally different audience that had to google what Wrangler was when he mentioned it in that rap song.”

With sentiments like these in 2019, we are resigned to consider the same variables that reveal a deliberate attempt to ethnically exclude any musician who hasn’t fully assimilated to the ideals of country music culture.