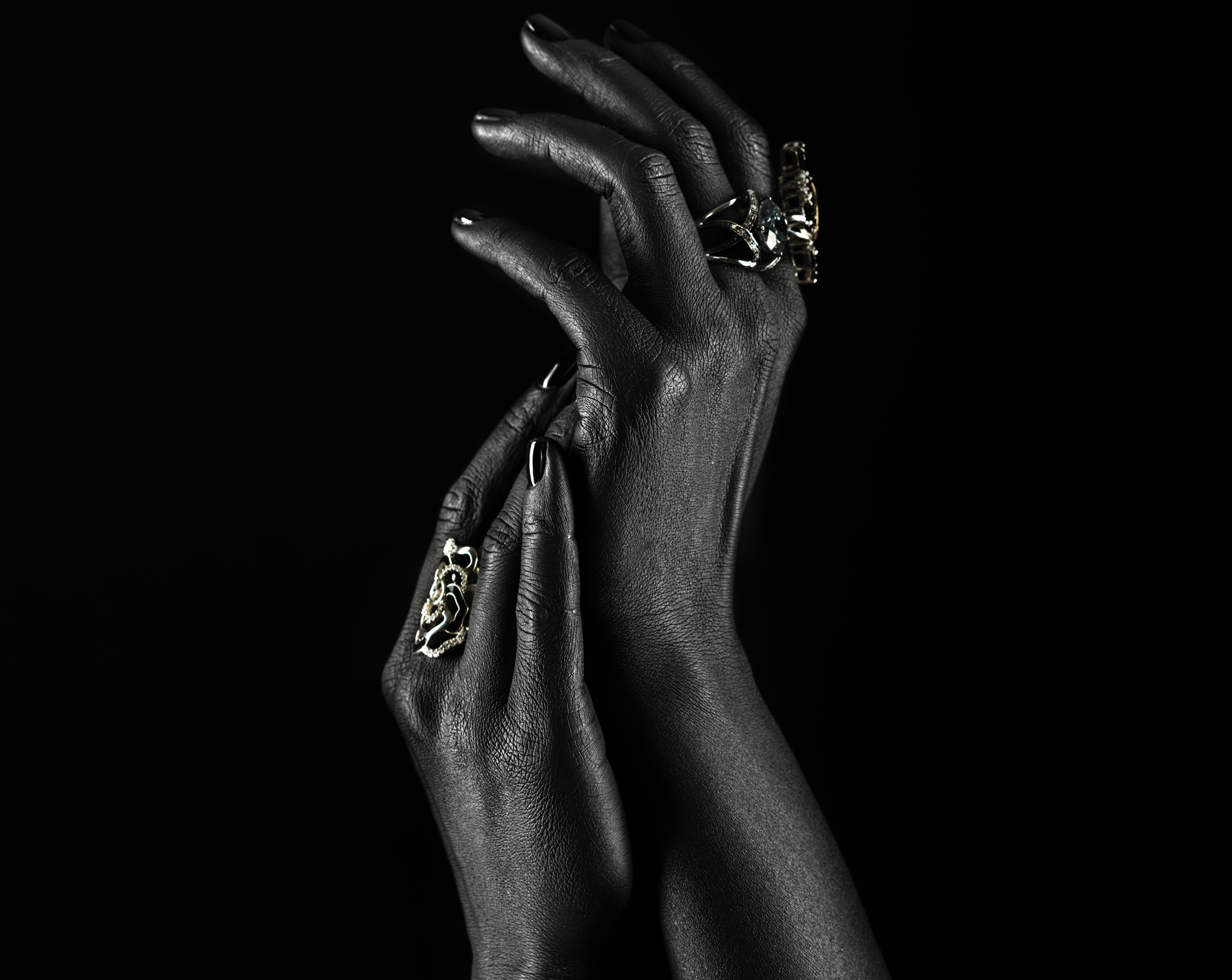 Black Women and the Burden of Strength: Book Review

I thought being a black man in America was difficult. This is certainly true, but prior to reading Dr. Chanequa Walker-Barnes’ book, “Too Heavy a Yoke: Black Women and the Burden of Strength”, I made the incorrect assumption that so many others have made about the plight of the black woman.

To be a black woman in America is one of the hardest realities to live in. I don’t say that with a full understanding of the experience; I really have no clue and I’ll probably never understand this reality. But the main question I asked myself after reading this book was “How?” How is it that I have been raised by a black woman, raised alongside a black woman, and am married to a black woman, and yet I’ve missed the immensity of the plight? Sure, growing up I’d seen glimpses of the struggle – minor glimpses – but these glimpses were never properly interpreted by my young, black, male eyes. You could even say I was passively and willfully blinded by the appearance and illusion of strength exhibited by the many black women I’ve been around.

Make no mistake, the strength that many black women possess is no mere illusion; it’s the realest. And as a son, brother, husband, co-worker, friend, and a man, I firstly want to apologize to my sisters, because I haven’t taken the time to understand what it’s like to be in your shoes. I have taken your strength for granted.

I’ve celebrated it. I’ve benefited from it. You’ve held me down in every area, but I have often failed to reciprocate the same strength that you’ve shown to me and countless others. And when that strength fails, and when you’ve broken down at times –publicly or privately, to the detriment of your pride and reputation– I’ve tried to encourage you by reminding you of that strength, rather than comforting you in moments of frailty and weakness. I have told you to be stronger rather than to find your strength in someone greater. For this, and so many other ways that I’ve misunderstood, misspoken, and just missed altogether, I’m sorry.

The aim of this article is not to review “Too Heavy a Yoke” in the academic sense. I believe it would be most effectively reviewed by someone living this reality. Furthermore, speaking as a man, we do entirely too much talking, and not enough listening to our sisters. One of the book’s greatest impacts on me was the importance of listening and reflecting. That’s what I’ll do here.

I certainly have an abundance of great things to say about this book. I also have minor disagreements, but putting them both aside, I was greatly impacted by the overall message of the book: The StrongBlackWoman (the term Walker-Barnes uses as a descriptor of the ideology) is a burdensome role which has been placed (often by self and society) on the backs of black women for decades. The effects of this ideology have crushed black women under its heavy yoke.

She and millions of women can say this confidently and proudly about themselves in the face of the racism, sexism, and other forms of discrimination and opposition they face regularly. But after reading this book, I winced this time when I heard the term. I winced because this is what the sisters have been doing for decades, even centuries, and they’ve been doing it alone. They’ve been combatting racism, sexism, oppression, being silenced and being ignored – all by themselves while the world (including the black men and the churches these women loyally support) stand by and watch.

Even more, as the book highlights, many of our sisters have been carrying the spiritual, financial, and familial load for way too long. They are wives, mothers, grandmothers, sisters, daughters, guardians, caregivers, co-workers, and single-handed support systems for multiple people. Walker-Barnes defines the Strong Black Woman as “…the woman who constantly extends herself on behalf of others. In her intimate and family relationships, on her job, and in her church and community, she is the “go-to” woman, the one upon whom others depend when they need assistance, counsel, or comfort.” [1]

She is the woman “who meets the needs of others without appearing to have any needs of her own, at least any needs that she cannot meet without the support of anyone else, including spouses, family, friends or church members.”[2]

The Black Woman has been strong, independently and sacrificially; often at her own expense. Barnes highlights the Strong Black Woman is often financially, emotionally, and spiritually bankrolling everyone in her life much like the rich athlete who financially supports their 40 closest friends, only to be left at the end of their career with no money or support. In the same way, the SBW, while strong for everyone else, often finds herself physically, emotionally, and spiritually broken as she’s neglected her own needs in the pursuit of meeting other’s needs. The personal, historical, cultural, and societal expectation that has been placed upon her and even celebrated is that she is strong enough to bear it all.

This myth of the Strong Black Woman isn’t confined to black culture. It’s been projected in the minds of majority culture for as long as it’s been promoted in black culture. She is featured on primetime television, both memorialized and mocked in film, exploited in music, and praised in churches. Everyone admires her and benefits from her, but nobody understands her.

Perhaps the most impacting part of this book was when Dr. Walker-Barnes discusses how the Strong Black Woman was an image greatly shaped by the historical black church and the women’s clubs within it. These circles were created with the aim of responding to the stigmas, stereotypes, and slander of whites, while also responding to middle class values concerning womanhood. Just as the church was primary in constructing the myth of the Strong Black Woman (a well-intentioned ideology which would subsequently cripple and crush many black women), the church can now take a primary role in deconstructing this myth.

Here are a few of the ways this myth has been constructed and promoted within the church. Teachings on trusting in the Lord have at times been distorted and misinterpreted by church leadership, often becoming the basis for religious platitudes. This convinces many black women to pursue isolation and opacity in their lives.

Instead, pastors and leadership can highlight the gospel graces of rest and fellowship, namely the burden-bearing, rest-giving call of our Savior who calls our sisters not to be as much like Martha, overly consumed with well-intentioned and meaningful service; but rather to be more like Mary, caring for herself and her soul by listening and resting at the teaching of Jesus (Matt. 11:28-30; Luke 10:38-42).

The church can also come alongside our sisters in gospel-centered community, where they can be themselves and truly be heard and encouraged; uplifted without being umpired. Biblical can be where our sisters can both use their gifts and capacity to meet the needs of others, while also having their needs met. It can be the place where our sisters find accountability when they are tempted to gird themselves with the armor of the “Strong Black Woman.”

Instead of celebrating the fortitude of her strength while standing back and watching in awe, church leadership and laity can be the God-provided relief that our sisters can rest on when their backs and their feet are too broken to continue to stand. The church can both bear her burdens in a Christ-fulfilling way (Gal. 6:2), and empower her gifts and abilities to serve Christ’s church.

Instead of promoting a womanhood that has been culturally crafted to fit within and follow a certain demographic, our churches can come to the biblical understanding that womanhood is not confined to American middle-class conservative values. God’s sanctifying and redemptive purposes have always been working in and through women across every ethnic and cultural background.

The question for our churches when it comes to our sisters is: What does biblical womanhood look like for the Strong Black Woman? What does womanhood look like for the woman who stands at the intersections of race, femininity, career, and family? What does it look like for her who wrestles with atoning for her own life through her strenuous efforts of supporting her family, friends, career, and church, rather than resting in the atonement of Christ What does it look like for our churches to help our sisters love their neighbors, husbands, children, co-workers, relatives, and yet just as equally and importantly, love themselves?

Dr. Walker-Barnes’ book discusses many more questions and solutions concerning the plight of the Strong Black Woman in her book. I highly recommend it for my sisters and their pastors (across all camps). Strong Black Women are often in congregations, assimilating 99%, and being reciprocated 1% by both leadership and laity. This results in misunderstanding, isolation, and misapplication of the gospel. Her sacrifices are valued, but her voice is silenced. Everyone loves the strength of her shining armor, but nobody asks how long she’s worn it or if her burden is too much.