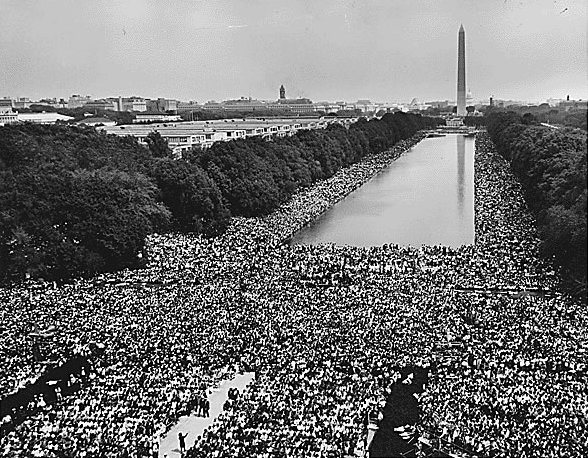 It happens every year.

On Martin Luther King Jr. Day and all throughout Black History Month, we hear that Martin had a dream. We see and share clips and excerpts of his famous words in the “I Have a Dream” speech delivered at the March on Washington on August 28, 1963. Many of us have heard the speech in its entirety or at least remember the part of his dream that “little black boys and black girls will be able to join hands with little white boys and white girls as sisters and brothers.” But there’s more to the speech and more to the story.

The “I Have a Dream” speech has had a long-lasting, far-reaching impact. Dr. King’s words have had more sticking power than most public speakers ever see. If you’ve heard the soundbites and want to learn more about the background, this is where reading The Speech: The Story Behind Dr. Martin Luther King Jr.’s Dream comes in. It’s a fairly short read with strong notes of history and politics that explains the success of the “I Have a Dream” speech by “sharing the dramatic story surrounding it.”

To understand the speech’s historical significance, it helps to take a closer look at the racial climate, the march, and the man. “There’s a danger of only seeing him as a dreamer,” Cheryl Sanders, a Howard University School of Divinity professor, is quoted in one chapter. “If we only see him as a dreamer, we too easily let ourselves off the hook from dealing with the realities that he was dealing with.”

The book’s author, Gary Younge, is an award-winning journalist and editor-at-large for the Guardian. With the type of factual precision we’d expect from a journalist, he tells the story in four parts: The Moment, The March, The Speech, and The Legacy. The inclusion of reflections and critiques from important voices of that day, such as Anne Moody and James Baldwin, makes for a balanced look into August 1963.

In the very beginning of the book, we’re asked, “Why has the speech enjoyed such widespread and lasting resonance?” Through a combination of research and interviews, the reader learns that many of those close to Dr. King didn’t believe it was his best speech. In addition to historians and other scholars, Dr. King’s longtime friends are referenced in order to explain how the speech originated and they describe the state of the civil rights movement and the country at large.

“During the ten-week period following Kennedy’s national address on civil rights in June, shortly before King’s speech, there were 758 demonstrations in 186 cities, resulting in 14,733 arrests,” Young writes in the opening chapter, The Moment. “Such were the conditions that made the March on Washington possible and King’s speech so resonant.”

The national consciousness in the United States and the ripple effects of the civil rights movement in international relations are illustrated to show the tension surrounding the fight for equality that was boiling before Dr. King’s speech was made. The narration of this tension describes the increase in demonstrations as well as the reactions of “moderates” and violent segregationists, showing the tides turning for those who didn’t want to choose a side.

“The Speech” also takes readers into meeting after meeting where Dr. King was encouraged to consider the political consequences that his speech at the March on Washington would have. The famous speech takes its form in edit after edit— changes that are outlined in the chapters with additional specifics on Dr. King’s anxiety and advice from those close to him.

Younge even provides details on Dr. King’s diction and time constraints and goes on to answer questions about other particulars surrounding the speech’s preparation and delivery. We know that the “I Have a Dream” portion of the speech ultimately made the cut, but was it spontaneous? At what points did Dr. King stick to his prepared, approved text and where did he deviate from it? What did Dr. King say about his faith in and dependence on Christ as he prepared for the speech? Which parts of the speech are most commonly misinterpreted? What lengths did government agencies go to for control over the day’s events? All of these questions and more are addressed in this look back.

The words that Dr. King spoke in his most recognized 1963 speech are both timeless and still painfully timely. “The Speech” is a well-researched book that goes beyond a surface-level view of “I Have a Dream” by breaking down the intentions and significance of the language used.

The many names of people quoted and the references to them are at times difficult to follow, and Younge’s compare-and-contrast between Dr. King and President Barack Obama are interesting points where readers may agree or disagree. But the grand accomplishment of “The Speech” is in presenting the fascinating answers and outlining questions about the progress made since Dr. King stepped down from the podium that the author is still asking. Likely, we are too. 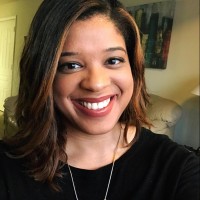 2 thoughts on “Book Review: THE SPEECH”