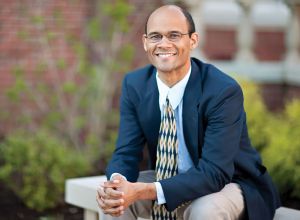 You may remember a story about Dr. Jarvis Williams, professor at Campbellsville University in Kentucky, whose contrast was not renewed, perhaps because of his traditional Christian views.  I had the privilege of interviewing Dr. Williams for a research project I did in seminary.  He gives every indication of being an accomplished, compassionate professor and man of God.

In a recent article Dr. Thomas Kidd, associate professor of history and a senior fellow at Baylor’s Institute for Studies of Religion, discusses how Dr. Williiams’ non-renewal could indicate the theological liberalization of  certain of SBC schools like Campbellsville and other denominational institutions.

Here’s an excerpt from “Campbellsville Outcast”, by Dr. Thomas Kidd:

To some observers, Jarvis Williams would seem to be the ideal tenure-track professor. In 2010 he won a teaching award from the Campbellsville University student government; in 2011 he received a university commendation for his work on racial reconciliation and theology; and in 2012 administrators promoted him to associate professor. Williams has been a prolific writer, publishing three books in three years. But suddenly this spring, Southern Baptist-affiliated Campbellsville told him that he should not apply for tenure, and that they would only offer him a terminal one-year contract for the 2013-14 school year.

Williams’ dismissal has outraged a number of evangelical and Baptist leaders. Russell Moore, president-elect of the Southern Baptist Convention’s Ethics & Religious Liberty Commission, told me that he is “very disturbed” by Williams’ case, as he considers Williams (who was unable to comment on this story) one of the only theological conservatives teaching at the school. Patrick Schreiner, a doctoral student at Southern Baptist Theological Seminary (Williams’ alma mater) who first blogged about the case, asserts that, even as Campbellsville dismissed Williams, the school employs other “professors in the school of theology who reject biblical authority and biblical inerrancy.”

Read the rest of the article: here.