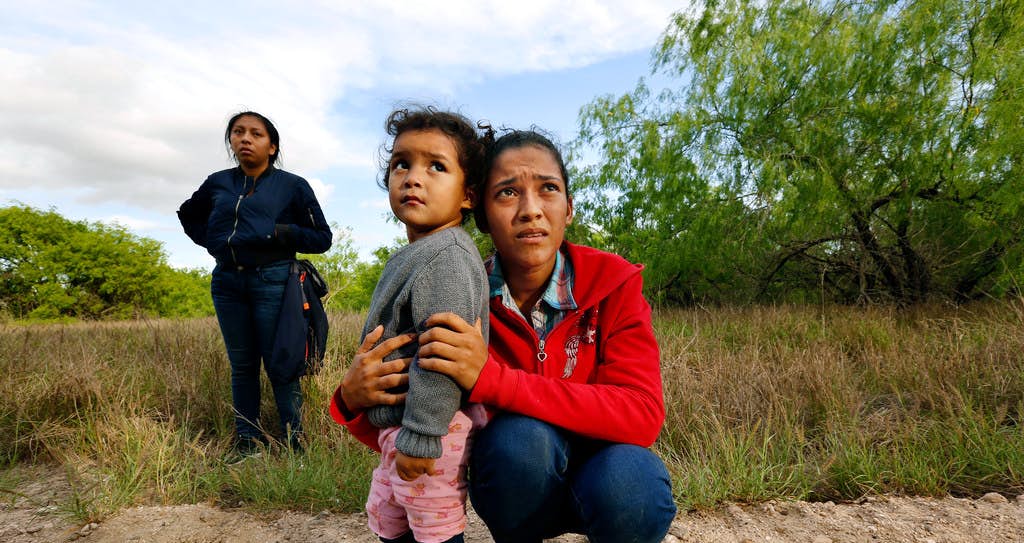 Editor’s Note: This article originally appeared on jemartisby.com under the title “That Time When a Preacher Pushed to Keep Slave Families Together and for the Continuation of Slavery…in the Same Sermon.” It is re-posted here with the author’s permission.

Christians are certainly right to criticize Attorney General Jeff Sessions for citing Romans 13 as a reason to support the separation of children from their parents under a draconian immigration policy at the border. Studying history, however, makes one aware how of how inconsistent religious people can be when it comes to justice.

Christians of all traditions often express selective outrage that indicates a lack of theological and ethical consistency. We are each guilty of this in our individuals lives—our shortcomings make us just a “work in progress” while the failings of others become irredeemable—and we do this in public life as well.

In this case, many theologically and politically conservative Christians have expressed disgust at the way Sessions mishandled the Bible to support an egregious, anti-biblical policy. In every Christian tradition, the family is a sacred, inviolable community. It should be protected in every instance. Any Christian who claims otherwise, especially one who seeks to advance political ends and enforce a brutal practice, stands condemned by the Bible.

At the same time, large groups of Christians in America have often failed to apply a consistent ethic to matters of state and national policy.

THE DUTIES OF MASTERS AND SLAVES

On a Sunday evening in 1844, W.T. Hamilton, the pastor of Government-Street Church in Mobile, Alabama, entered the pulpit of his church and delivered a sermon entitled, “The Duties of Masters and Slaves Respectively or Domestic Servitude as Sanctioned by the Bible.” He took Colossians 4:1 as his text.

“Masters, give unto your servants that which is just and equal; knowing that ye also have a Master in heaven.”

Hamilton then launched into an exposition of the supposedly biblical basis for slavery, citing passages from both the Old and New Testaments to support his claim. Along the way, he did not hesitate to criticize the “hot-headed abolitionists” and “crazy fanatics” who wanted to terminate the institution of slavery in the United States.

In most instances, slaves could not legally marry. Although they formed partnerships and held informal ceremonies, under the law, they had no rights that a slaveowner was obligated to honor. Hamilton saw this as an egregious offense.

“Nothing would more to improve the moral character…nothing would contribute more fully, in the long run, to increase their value as servants…than would the recognizing, by law, of the marriage of negroes,” he told his listeners.

Hamilton went on to warn that continuing to hold slave marriages illegal had dire consequences. One of those consequences was the ability of cruel slaveowners to sunder the bonds of family at any moment.

“So long as the marriage tie among negroes continues, as now, a mere legal nullity, the husband and wife, the parents and the children, may, at any moment, be sundered hopelessly and forever…This is wrong, it is an outrage to humanity, it is an insult to God!”

The preacher exhorted white slave masters to work for the legal recognition of marriage among slaves as a Christian duty they owed to their chattel. Considered in isolation, the section of the sermon makes it appear as if Hamilton was an ally and advocate for slaves. Yet in the same sermon where he called for the protection of slave marriages and families, he simultaneously argued that there was a biblical basis for race-based slavery.

One hundred fifty years later, Hamilton’s theological contradiction is apparent to most. How can a preacher promote the sanctity of marriage and family in one breath while in another contend that black people should be kept as property for life?

Hamilton could strenuously object to tearing apart slave families because it did not cost him anything. As a white male, he had advantages that others including free black people, black slaves, women, and the poor did not have. His sermon pushed for a reform in the practice of slavery but left the institution itself untouched thus securing his position in society. Encouraging slave masters to treat their slaves humanely is easy so long as the slaves remain slaves and the masters remain the masters.

Christians should beware not to make the same mistake as the slave-defending Hamilton in their zeal to protect immigrant families from separation. It could easily be the case that Christians in America argue for immigrants from a position of power that costs them nothing. Keep families together, yes, but do they see the way this conviction connects to other issues?

Will there be a push to let immigrants cross the border seeking asylum? Will Christians protect the young people already in the United States who were brought here as children? Will anyone politically confront the xenophobia and nationalism that leads the president to characterize Mexicans as rapists? Will others breathe a word for immigrants coming from supposedly “sh*thole” countries? Will Christians oppose the narrative that America is a “white man’s country” and the policies designed to enforce this myth?

The motives of Christians defending the unity of the family need not be questioned. Many have a genuine desire to treat their neighbor as themselves and make sure that families stay together even as the nation takes reasonable steps to ensure that people enter legally. The possibility remains, however, that many Christians may not see the full implications of their stance. Consistency requires looking at the full scope of immigration law, laws that have been put in place by both Democratic and Republican administrations, and assess them from a biblical perspective and not a partisan one.

Families must not be ripped apart in an overzealous and xenophobic attempt to “protect our borders.” Nearly all citizens will agree to this. That Christians have lent their support to immigrant families is a positive sign. The same ethic that leads people of faith to cry out for justice in one area should lead to consistent calls in other areas as well.

Previous Post
Pence, Patterson and the SBC (PTM 209)
Next Post
Why Juneteenth Should Be a National Holiday

5 thoughts on “Christians Defending Immigrant Families is Good, But it Also Requires Consistency”