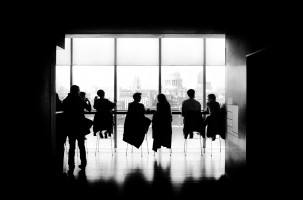 Classism, Racism, and the Sin of Partiality

Even though many Christians recognize racism as a sin, we do not name the exact nature of the sin. James, the brother of Jesus, labels racism and other -isms as sins of “partiality.”

The opening verses of James 2 explain how the sin of partiality works, especially in regard to economic class. It reads:

1 My brothers, show no partiality as you hold the faith in our Lord Jesus Christ, the Lord of glory. 2 For if a man wearing a gold ring and fine clothing comes into your assembly, and a poor man in shabby clothing also comes in, 3 and if you pay attention to the one who wears the fine clothing and say, “You sit here in a good place,” while you say to the poor man, “You stand over there,” or, “Sit down at my feet,” 4 have you not then made distinctions among yourselves and become judges with evil thoughts?
5 Listen, my beloved brothers, has not God chosen those who are poor in the world to be rich in faith and heirs of the kingdom, which he has promised to those who love him? 6 But you have dishonored the poor man. Are not the rich the ones who oppress you, and the ones who drag you into court? 7 Are they not the ones who blaspheme the honorable name by which you were called?

James addresses his “brothers”, meaning his siblings in the faith. He is talking to Christians. He admonishes them to show no partiality when giving honor to people. To illustrate his point, James tells of a large assembly. People are being seated as they arrive, but they are not being seated according to any egalitarian standard. Instead, a man who looks wealthy (he has a gold ring and fine clothing) gets seated in a place of honor. But a poor man, who is dressed in ragged apparel, gets shuffled to an obscure place. The economically destitute person is marginalized by being put out of sight and into a place of dishonor. Meanwhile the person of material means gets preferential treatment.

The problem is that both the rich man and the poor man are Christians. In the Body of Christ, no distinctions should be made based on economic status. James says these divisions come from “evil thoughts.” Rather, in God’s economy those who are materially poor have the grace of being rich in Christ through faith (v. 5). They are heirs of an eternal inheritance that is imperishable and far transcends the glory of the world. The self-righteously rich, by contrast, have already received their reward. They are the ones who enjoy comfort in this life and lord their wealth and power over others by leveling lawsuits and belittling Christians (vv. 6-7).

James provides the gospel remedy to the sin of partiality. He echoes the words of our Savior in saying, “If you really fulfill the royal law according to the Scripture, ‘You shall love your neighbor as yourself,” you are doing well’” (v. 8). Love dismantles partiality. It picks apart preferential treatment. Christians will not commit the sin of partiality when love defines their interaction toward others.

Although James focuses on partiality as it relates to economic status, the same principle can be applied to race. Racism is a sinful attitude that shows partiality toward one’s own people group. It says to those who are racially similar to us, “You sit here in a good place.” And to those we define as “the other” it says, “You stand over there. Sit at my feet.” When we refuse to fellowship with people of a different race or when we balk when our sons or daughters date people outside of our race or when we attribute negative character traits to entire people groups—we are committing the sin of partiality.

All of us have, at times, been guilty of showing partiality to people of our own race, gender, or economic class. James reminds us that because of such sins, we are “convicted by the law as transgressors” (v. 9). But thanks be to God for Jesus Christ! On the cross, God’s mercy triumphs over his judgment (v. 13). He does not treat us according to our sins, but according to Christ’s righteousness. In him, we have the spiritual power to overcome our natural, sinful tendency towards preferential treatment. By the ministry of the Holy Spirit, Christians can transcend the pull of partiality and love our neighbors as Christ has loved us. Let us, then, love impartially as God in Christ has loved us.