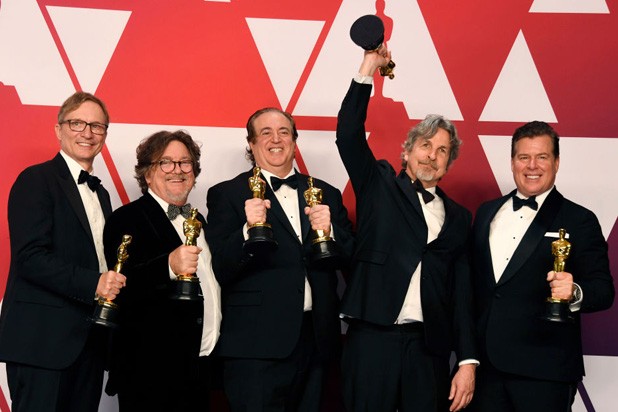 If this isn’t an illustration of race relations in America then I don’t know what is.

That acceptance speech was an entire clustercuss and a glaring example of the racism of so-called “progressive” and/or “liberal” white people. They managed to center whiteness the entire time as they accepted an award for a movie whose title and subject matter invoke the oppression of black people in America.

“Green Book” is a fictionalized account of the experiences that Dr. Donald Shirley, a pianist, while he was on concert tours in the Jim Crow South. The movie takes its title from “The Negro Motorist Green Book annual guidebook that was printed between 1936 and 1966. Named for its creator, Victor Hugo Green —
a New York City mailman, the book was used by black people as a guide to services and places that were (relatively) safe and friendly while traveling during the era of Jim Crow.

The movie tells the story of how Tony “Lip” Vallelonga and Dr. Donald Shirley became friends during a cross country tour through the Deep South for which Vallelonga acted as Shirley’s driver. Though well acted, Green Book is nothing more than a White Savior fantasy that tries to pass as a biographical film.

The movie was written by Nick Vallelonga, Tony’s son and was produced and filmed before Dr. Shirley’s remaining family even knew about it. Shirley, who passed away in 2013, had previously refused to give Vallelonga permission to make a movie about his life. His family found out about the movie when his grand niece saw an Instagram post in which Mahershala Ali said that he was playing Shirley in a movie.

No one involved with the production bothered to reach out to Shirley’s family. Shirley’s brother, sister-in-law, and nephew have been vocal concerning their misgivings about “Green Book;” so much so that Mahershala Ali personally contacted them and apologized.

Nick Vallelonga claims that he didn’t know that Dr. Shirley had any living relatives. Because apparently Google and genealogy aren’t a thing.
Vallelonga and the rest of the production team’s perfunctory attitude toward Shirley’s family only scratches the surface of the caucasity that this movie is packaged in.  The black actors, the black people who the movie is based on, and the creator of the actual Green Book were nothing but props for these white men to tell a story that made them feel good and made them money.

This speech, like the movie, reeks of white saviorism. To hear them tell it, America needed another story about the pain and oppression of black folks in order for white people to learn how to not be racist.

The problem is that this speech, this entire moment, is racist. What makes it racist? Everything that I just said. Racism isn’t just racial slurs and hate crimes; it can also be benevolent.

This speech is what happens when white people think that they’re “helping,” but they really do nothing more than center themselves and use black pain as a self-help tool.My ancestors didn’t endure generational trauma and terror so that white people in the 21st century can use their experiences as a lesson in how to behave like decent human beings.

This speech is repugnant. There is nothing that can possibly excuse it. Nothing. It is also extremely disappointing that The Academy chose another movie about black pain when Black Panther is about black excellence and BlacKKKlansmen (while also somewhat problematic) at least attempted to bring a fresh perspective and comment on current events. 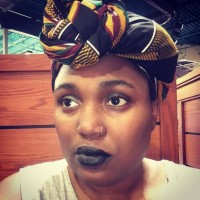 Previous Post
Review: The Two Killings of Sam Cooke
Next Post
Turning 21, “The Miseducation of Lauryn Hill” Is An Important Artifact of Black History