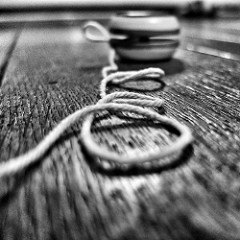 Dirty Old Men and the Scars They Leave Behind

I can still smell his smoke-filled, alcohol-infused breath. I can feel the cactus-like prickles of his beard. One kiss was all he took, but it felt like much more was lost. And it was.

Mr. Piggy, as folks called him, was a scruffy old man, but seemingly harmless. He and his wife owned a makeshift dime store-basically they bought bulk candy and sold it from their kitchen to the neighborhood kids.

I remember the day I skipped down the road, pigtails flying, to buy some candy from Mr. Piggy. Usually there was a gang of us bombarding his back door, spending the change we found under seat cushions or had left over from lunch money. But this day I was alone. As I held out the coins to pay for a Mary Jane and some Dum Dums, Mr. Piggy pulled me to himself, smashed my face into his, and not only took the change, but what he called a kiss. As if to offer a bit of hush money, he placed a couple extra pieces of candy into my hands and told me not to tell anyone. I took the candy, and I didn’t tell anyone. Until now.

Mr. Piggy was a dirty old man. He was nasty, lewd, wicked. What he took from me was much more than a kiss from a little girl. He stole something from me–a bit of innocence, a load of trust, a lot of transparency. Years of guilt followed that 30 second exchange. I should have pulled back. I should have told someone. I should not have taken the hush money/candy. Instead of feeling like a victim, I felt like a participant because I said nothing and did nothing; I felt responsible and dirty.

It was through a tender conversation with my husband that the Lord finally freed me from guilt, shame and fear. As I unfolded my story and shared how dirty I felt for what happened, the Lord used him to uncloud my eyes and help me to see the truth. My experience was real. It was painful. It was haunting. It left scars. It was worse than I realized as a 10 year old, but not as bad as it could have been, and for that, I’m grateful. I know many women and young girls have suffered abuse far greater than what I’ve described here, and I by no means am equating my experience with theirs. My heart grieves for those who have suffered and lived in pain and in secret and in bondage to the sins of others.

God is just. I know He will not leave the guilty unpunished (Ex. 34:7). I know He will judge the wicked (Ps 73:1-20). I know God is good and just and allows things to happen according to the counsel of His will and purpose, and for the good of those who love Him. I know that I am not guilty. What happened was not my fault. I understand that I was taken advantage of, and I praise God for freeing me from shame and guilt by exposing the evildoer for who he is.

O Lord, you hear the desire of the afflicted;
you will strengthen their heart; you will incline your ear
to do justice to the fatherless and the oppressed,
so that man who is of the earth may strike terror no more.
–Psalm 10:17-18 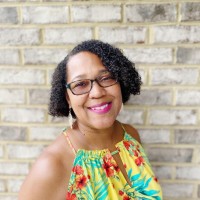 Kristie Anyabwile is the wife of Thabiti, who serves as a Church Planting Pastor at Capitol Hill Baptist Church. She is the joyful mother of two daughters and one son. She loves reading, dessert, cooking, writing. You can find more of her work on her blog: https://iamconvinced.wordpress.com/

Previous Post
Pass The Mic: Defining White Privilege
Next Post
Gospel Reconciliation for “ALL” Requires Difficult Sacrifices from “ALL”