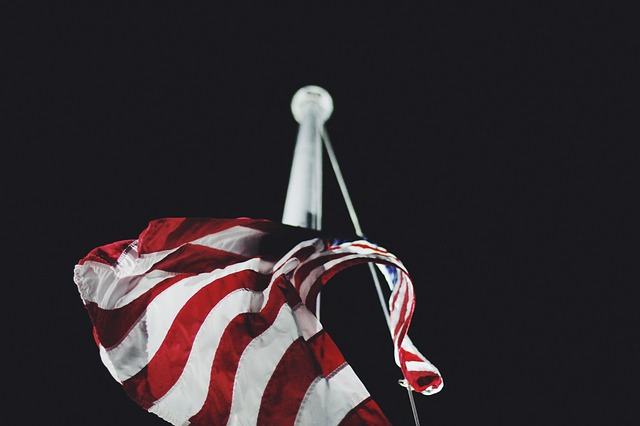 Have Evangelicals Abandoned the Gospel This Political Season?

By now, everyone in the U.S. should be well aware of the Access Hollywood tape recording Donald Trump and Billy Bush making lewd comments about women. On the tape, they also laugh about how Trump’s celebrity status grants him the privilege and the right to do whatever he wants to women.

In light of this tape, several Republicans have abandoned Trump’s political campaign, as they try to save their own political futures and races. Other Republicans continue to offer their support of Trump, some both stating they disagreed with his comments and that they want to focus on beating Hillary Clinton, whose actions have actually done more harm to women than Trump’s words.

Surprisingly, some of those who identify as evangelical likewise continue overtly to support Trump’s candidacy for the White House. To clarify, I personally think the term evangelical has lost its theologically distinctive meaning. The term evangelical is now another way of describing a secular person who offers a vague and non-committal assent to some version of Christianity, but not necessarily the version founded by the first century Jew named Jesus of Nazareth.

From prominent evangelical pastors of influential mega churches, and scholars who have written pieces as to why evangelicals should support Trump, and to non-church attending people who claim to care about God, guns, and country, several who identify with the evangelical movement have refused to forfeit their support of Trump in spite of the new recording, and in spite of his history of speaking and acting in ways that are inconsistent with the Christian gospel.

To justify their support of Trump, some evangelical supporters have argued that keeping Hillary Clinton out of the White House is more important than Trump’s words, that his words were simply lewd locker room talk, that they would rather have Trump be president who only talks about assaulting women versus Clinton who actually has done things to hurt women, that the Supreme Court Justice picks are more important than Trump’s indiscretions, or that we should remember that we are electing a president — not a Sunday school teacher.

As a Christian, I believe all have sinned and have fallen short of the glory of God. And Jesus forgives sinners. But even when Jesus forgives, we still must pay for the consequences of our transgressions in the real world when those transgressions dehumanize and or threaten the flourishing of human beings.

Additionally, I will neither vote for Trump nor Clinton in this election, for I’m not satisfied with either one of the two candidates. Evangelical efforts to support the unsupportable or to defend the indefensible during this election season has damaged the gospel of Jesus Christ. I want to discuss one reason and offer a warning to so-called evangelicals who turn away from the gospel during this political season.

American Christians live in tension with many competing identities. Race, gender, age, economics, culture, or ethnicity can compete with and against the Christian identity. During election seasons, political identity adds another layer of competition to the already multi-faced identities working against our new identities in Christ.

The fact is it is NOT Christian’s duty to vote for any political candidate. As far as we know, Jesus never voted someone into political office. Instead, it is a Christian’s duty to be faithful to the gospel of Jesus Christ in an increasing godless society, regardless of the political or cultural costs or climate. When so-called evangelicals support candidates who overtly dishonor Jesus and his gospel with both words and deeds, while yet arguing it’s morally right to vote for this candidate, these so-called evangelicals show they are more committed to their political identity than to their Christian identity.

In Gal. 1:6-7, Paul expresses shock that the Galatians turn so quickly from the gospel of Jesus Christ to a false gospel. In Gal. 1:8-9, Paul discusses the superiority of his gospel over and against his opponents’ gospel by emphasizing the severe consequences of preaching another gospel besides his.

The emphatic nature of 1:8-9 is apparent by the adversative construction “but even” (alla kai) in 1:8, by his appeal to other missionaries in 1:8, by his appeal to an angel in 1:8, by his use of the curse formula in 1:8-9, and by his reiteration of 1:8 in 1:9. He asserts that even if he, other missionaries, or even an angel from heaven should preach a false gospel, may that person be accursed (1:8-9). Preaching another gospel expresses a turn from faithfulness to the true gospel (see Gal. 1:6-7).

In Gal. 1:8-9, the language of curse (anathema) refers to an apostolic curse pronouncement of God’s judgment placed upon those who reject Paul’s gospel. Paul wishes those who preach a different gospel would be set apart for God’s eschatological destruction. This analysis fits with Paul’s condemnation of Peter in Gal. 2:11 because he stopped walking in a straightforward manner in the truth of the gospel when he began to impose Jewish identity onto Gentile Christians and with Paul’s discussion of the curse of the law in Gal. 3:10.

In Gal. 1:9, Paul repeats his statement from 1:8 by identifying his gospel as the one that the Galatians received from him. With the words, “As we have said beforehand, also now again I say to you,” Paul likely recalls his previous mission in Galatia where he labored to help them understand the truth of his gospel (cf. Gal. 4:11). Paul received his gospel from Jesus Christ and God, the Father — not from men (1:1, 11-12). The Galatians received their gospel from Paul (1:9; 4:12-19). Thus, he warns if the Galatians turn away from what they received from Paul by receiving a false gospel, then they, along with the opponents who preach this false gospel, will be devoted to God’s destruction (cf. Deut. 13:1-18 with Gal. 3:10).

This curse of destruction results in the failure to inherit the kingdom of God (5:21) and failure to participate in new creation (6:15). The only acceptable gospel is a gospel received from God and Jesus, a gospel that focuses on the bloody cross, victorious resurrection, and Spirit-empowered living, and a gospel proclaimed as good news without the distortion of men, not a distorted gospel about national or political identity, received from men, and proclaimed to the assemblies of Galatia as a gospel from God.

Those so-called evangelicals who are genuinely saved have already received the true gospel and a new identity in Christ. But when they continue to defend the indefensible and embrace a political candidate or candidates that contradict and hate their gospel, they express that they are abandoning the true gospel of Jesus Christ by their deeds. And if their political and national identities are more important than their Christian identity and the Christian gospel, then they are in danger of not inheriting God’s future kingdom (Gal. 5:16-26, esp. 5:21), as a result of abandoning the true gospel of Jesus Christ.

7 thoughts on “Have Evangelicals Abandoned the Gospel This Political Season?”