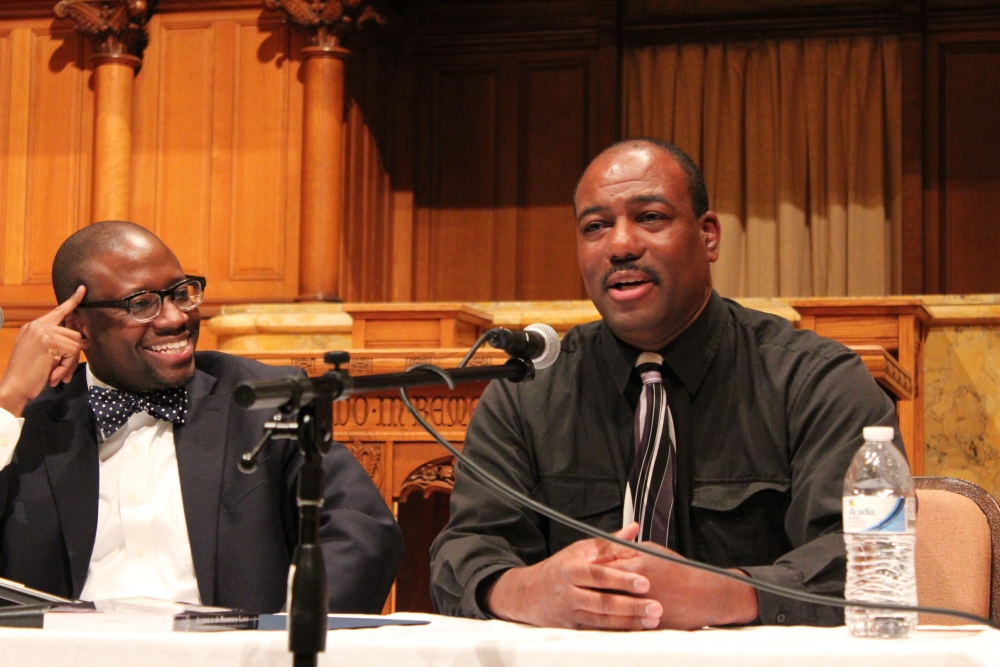 Two Reformed African American brothers, Lance Lewis and Anthony Bradley, sat down at an event in Washington D.C. called “The Future of Race in American Evangelicalism.”  The meeting was held as part of the book launch for Aliens in the Promised Land: Why Minority Leadership is Overlooked in White Christian Church and Institutions edited by Bradley and with Lewis contributing a chapter.

WASHINGTON – The pursuit of racial and ethnic unity is essential for the Church’s witness, argues Lance Lewis, pastor of Christ Redemption Fellowship in Philadelphia, Pa.

Lewis was speaking at a Washington, D.C. event, called “The Future of Race in American Evangelicalism,” announcing a new book on the topic of evangelicals and race called Aliens in the Promised Land: Why Minority Leadership is Overlooked in White Christian Churches and Institutions. The event, held at Calvary Baptist Church, was sponsored by Grace DC and Reformed African American Network. Lewis wrote one of the chapters for the book called, “Black Pastoral Leadership and Church Planting.”

Lewis began by talking about his personal journey to evangelical Christianity. He grew up attending black Pentecostal congregations. His first experience with evangelicalism came with his involvement in Intervarsity while in college. From there, he “stumbled” into reformed theology and began attending a Presbyterian Church in America (PCA) church.