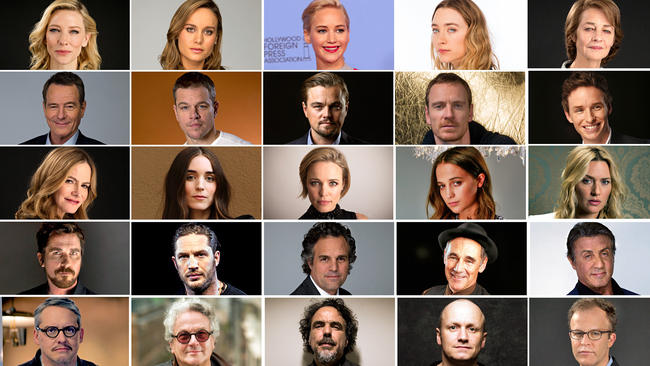 #EvangelicalsSoWhite: The Oscars, Race, and the Church

The lack of nominations this year is not for lack of talent or quality. The biopic, Straight Outta Compton, told the gritty but important story of the controversial rap group, NWA, with their extreme lyrics about inner-city life and conflict with law enforcement. The movie, Creed, brought together all the classic elements of drama and sport seen in the original Oscar-winning Rocky movie. Idris Elba once again contributed an engrossing performance in his portrayal of a warlord in Beasts of No Nation. Despite these brilliant works of art, no black actors gained a nomination. The phenomenon has led to an embarrassing hashtag on social media: #OscarsSoWhite.

Part of the issue is representation. Even after adding 432 new members, the Academy remains 93% white and 76% male. The lack of diversity in leadership inevitably affects art appreciation and voting patterns. Looking at the racial composition of the leadership, a corpus with zero black Oscar nominees comes as no surprise.

Two years of non-representation along with a multi-decade struggle for recognition have pushed some black actors to new levels of frustration. “How Is It Possible For The 2nd Consecutive Year All 20 Contenders Under The Actor Category Are White? And Let’s Not Even Get Into The Other Branches. 40 White Actors In 2 Years And No Flava At All. We Can’t Act?!” said Spike Lee, who has already indicated he will boycott the event. Actor and model, Tyrese Gibson called out Chris Rock, who has said he will still serve as emcee for the ceremony, as “lazy” and “afraid.” Even Snoop Dogg came out in support of withdrawing from the Oscars. “What the f— am I going to watch that bulls— for? They ain’t got no n—— nominated. All these great movies and all this great s— ya’ll keep stealing from us. F— you! F— you!”

The most articulate response yet has come from Jada Pinkett-Smith who recorded a brief video issuing a challenge to black actors. “Is it time that people of color recognize how much power and influence we have amassed [so] that we know longer have to ask to be invited anywhere?” she asked. “Maybe it is time that we pull back our resources and we put them back into our communities, into our programs and we make programs for ourselves that acknowledge us in ways that we see fit, that are just as good as the so-called ‘mainstream’ ones.”

As an African American who is part of an overwhelmingly white evangelical denomination, I resonate with the frustration of black actors. Like the Academy, there’s an issue of representation in leadership. In my denomination, black preachers make up just over 1% of the total clergy. Nearly every committee, agency, and institution has a white person sitting in the captain’s chair. Naturally, concerns of minorities, particularly African Americans go unaddressed or misunderstood.

Whites comprise the vast majority of broader evangelicalism, too. According to the Pew Religious Landscape Study, 76% of evangelicals are white, 11% are Hispanic, and 6% are black, a zero percent increase from the study seven years prior. With such a small group of African Americans, it can feel like the concerns of minorities get swallowed up by the issues most pertinent to the majority. But it’s not just that African Americans might not be heard, they are also opposed.

When I try to bring up certain topics like systemic racism, the backlash is breathtaking. Comments on blog posts or social media show that deep cultural and racial differences still divide the church. After citing some statistics in a Facebook post about perceptions of police brutality between whites and blacks, one commenter wrote, “Why is this even a thing[?] I believe that the acts of police brutality are connected by sin. Pure evil that is moving across this nation…Look at what’s it’s saying, ‘white people this, white people that!’ If they are Christians then they are our brothers. Why are we placing a sense of racism in the midst of our brothers.”

Another commenter chimed in, “Which do we believe, statistics or the Word of God. I’m a white Christian and no one has ever polled me or asked my opinion on this issue. How accurate are statistics, really?” Uniformed responses about race mute the voices of blacks, not only in the culture but in the church as well.

Black people keep trying to share their perspectives as people of color in the United States. We experience a different reality in many ways. From education, to housing, to incarceration, to entertainment, we remain divided by race. The reaction from too many white Christians seems to be, “If it hasn’t happened to me or if I haven’t seen it, then it doesn’t really exist.” Although few would say it outright, the world of whites is construed as normal and the reality of blacks is perceived as exaggerated.

If the insensitivity continues, black Christians, like black actors and the Oscars, may leave majority white evangelical contexts. Recall that separate white and black congregations did not arise because of doctrinal differences. They came about because whites refused to treat blacks as full members of the body of Christ. Richard Allen, who became the founder of the African Methodist Episcopal (AME) church, formed “Mother Bethel AME” because he was frustrated with the lack of opportunities and unequal treatment blacks received in predominantly white congregations. Allen and scores of other blacks through the centuries have been compelled to form their own congregations because their priorities were ignored and their dignity was denigrated.

In her video, Pinkett-Smith said, “We can no longer beg for the love, acknowledgement, or respect of anyone…Begging for acknowledgement, or even asking for it, diminishes dignity and power. And we are dignified people, and we are powerful. Let’s not forget.” It’s not that black people want to leave our white brothers and sisters. It’s that after being silenced or ignored for so long, we feel like we are begging for significance. We forget the image and likeness of God in ourselves. Sometimes the best option is to form a separate fellowship that affirms one’s identity when others subtly and consistently devalue it.

Scripture makes clear that God is forming a new congregation made of up people from all tribes, languages, people, and nations (Genesis 12:1-3; Isaiah 2:2; Galatians 3:28; Ephesians 2:19-20; Revelation 5:9, 7:9). He has instructed us to pray for his kingdom to come and for his will to be done on earth (Matthew 6:10). For this reason Christians should strive for multi-ethnic congregations that represent the composition of their communities. This is an ideal all believers should struggle for in the power of the Spirit. But it takes labor from people on all sides of the color line. Since white evangelicals are in the majority, they must work hard to hear the concerns and insights of their black brothers and sisters. If white evangelicals fail to embrace black people, we may see another unflattering hashtag: #EvangelicalsSoWhite.

Note: The original post contained an errant reference to the movie Selma which was a 2014 release.

8 thoughts on “#EvangelicalsSoWhite: The Oscars, Race, and the Church”