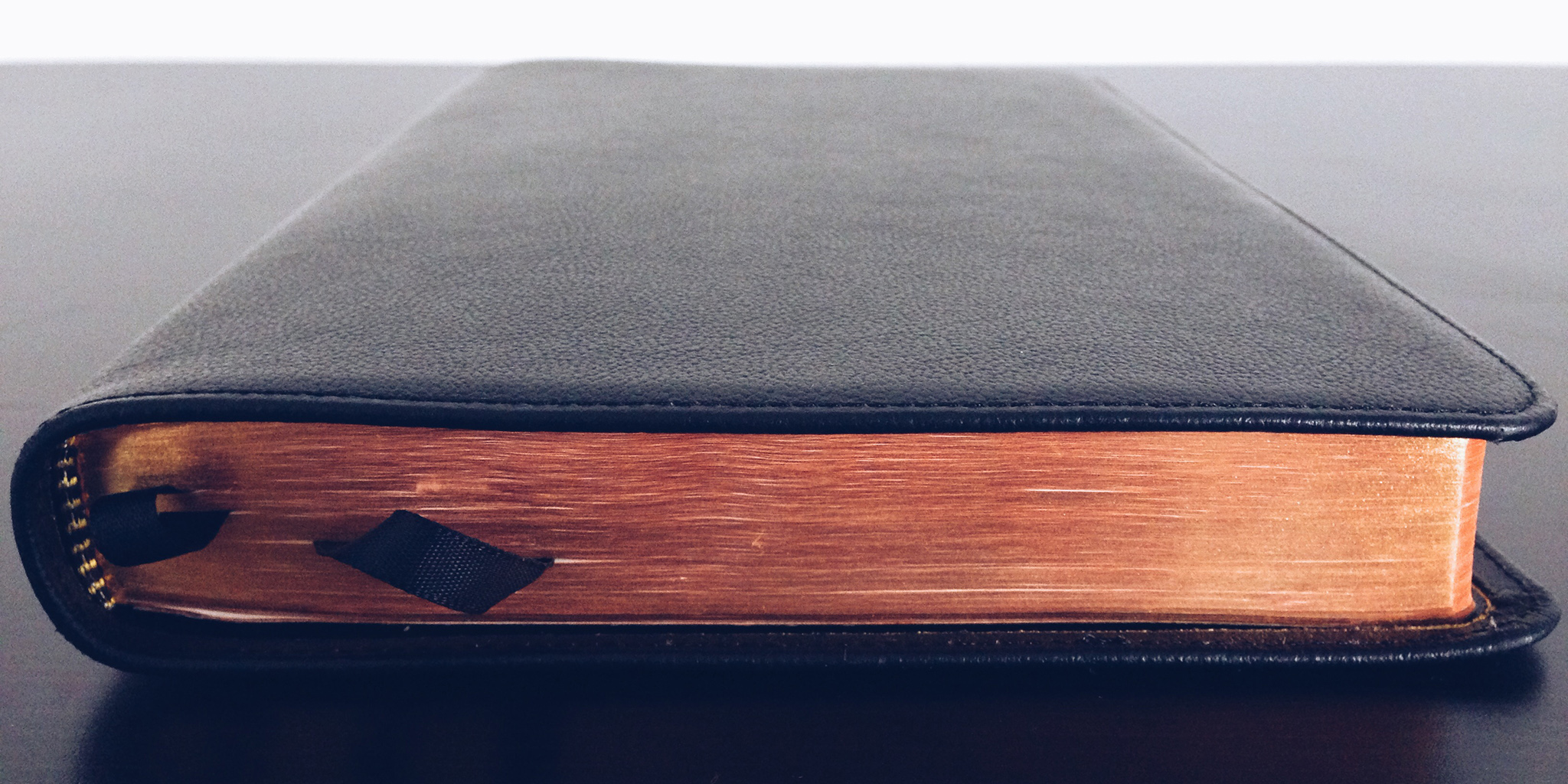 How Ferguson Leads Us “Back to the Bible”

The grand jury decided not to indict officer Darren Wilson in the fatal shooting of African American teenager, Mike Brown. Now we’re all left to wonder, “What do we do now?” The refrain that echoes in my mind is, “Back to the Bible.”

Christians must seek the Bible’s answers to today’s questions. That’s not a new idea. But current events like those in Ferguson press the sense of urgency. We have to proclaim biblical truth and we have to do it more boldly. Many seek “the voice” on these issues, but God has spoken and still speaks today.

The Postmodern Mindset
The culture habitually neglects the Bible in their hunt for answers and meaning. Many people believe there can’t be just one God who makes standards that apply to all people in all places. To demand that all people live according to a universal moral standard instituted by a personal God is viewed as repressive. But the result is a hole in the middle of our morality. We don’t have a central narrative that unifies the human experience. So no single perspective can serve as a common standard. As a result, all viewpoints have equal validity. But what many people are seeing without realizing it is that a relativistic view of morality renders all truth claims equally flimsy under the weight of real suffering.

Incidents like Ferguson and the reactions it has caused scream for clarification. How can so many people respond so differently? What is happening in our country? Is racism still such a big problem? But truthful answers can’t be formulated without a comprehensive, coherent, livable system of beliefs. Instead we stitch together a smattering of ideas from pop psychology and frantically search for quotes from the Civil Rights Movement. But the Bible has answers the world seeks if believers are willing to seek and declare them.

“Yes, if you call out for insight and raise your voice for understanding, if you seek it like silver and search for it as for hidden treasures, then you will understand the fear of the LORD and find the knowledge of God.”–Proverbs 2:3-5

What Has Been Done Will Be Done Again
If the Bible can address situations like the 400 year enslavement of the Hebrews in Egypt (Exodus 1-12), the seemingly inexplicable suffering of a righteous man (Job), and the unjust murder of the only truly innocent person who ever lived, Jesus Christ, then it is surely adequate to guide us about Ferguson.

In the small but pithy, Going Global Beyond the Boundaries: The Role of the Black Church in the Great Commission of Jesus Christ, Dr. Ellis commends the value of scrutinizing God’s word for answers to today’s problems. He says the following:

One of the Bible’s Answers to Ferguson
One place to start looking for the Bible’s patterns in response to Ferguson is in the beginning. Genesis 1:26-27 teaches us that God made human beings in His image. Each person exists to mirror God in certain ways. We share some of God’s attributes like the ability to reason, create, and rule. We do all these in a imperfect, finite way. Only God perfectly and infinitely exercises all attributes, but He graciously allows us to imitate Him.

The singular dignity of being made in God’s image gives each person intrinsic worth.  Michael Brown was God’s masterpiece of creation. And so is Darren Wilson. So are all the members of the grand jury who decided not to indict. So are all the African Americans and their allies who are incensed at the multiple deaths of other African Americans at the hands of police. So are the scores of people who troll the Internet and blogs with statements of ignorance and idiocy.

If we apply the image of God doctrine to all persons affected by Ferguson how does that lead us to act? It depends.

God Has a Plan
A single answer to situations like Ferguson would fail to acknowledge their complexity. While God’s character is consistent the Bible will lead us to nuanced, contextualized applications  that may differ across the spectrum of experiences. This reasoning may prove unsatisfactory if our goal is simply to ferret out the definitive Christian response to every issue. But one reason God has provided His word is for Christians to make sense of what He is doing in the world. Believers have no other option than to listen to God’s voice in Scripture as their primary and ultimate recourse.

The Bible, as God’s word, is robust enough to address our most intractable circumstances. It shows us that God has a plan. That plan climaxes in Christ, whose life, death, resurrection, and coming return address the greatest dilemma: How will God demonstrate both His justice and His mercy toward human beings? Beyond that the Lord has revealed all that is necessary for life and godliness (2 Peter 1:3). We need brave believers to confront today’s most pressing issues by digging deeply into Scripture and offering its healing to a hurting world.