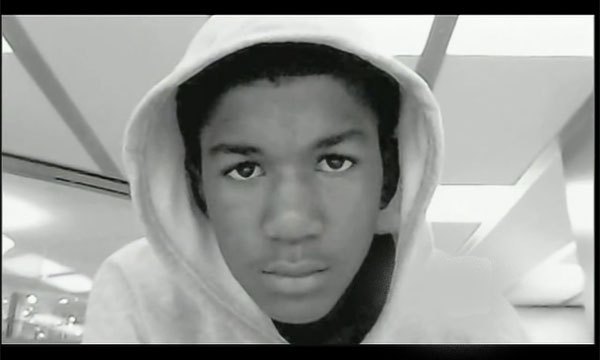 February 26, 2012 marked a resurgence of the civil rights movement in America. Seven years ago, Trayvon Martin, a 17-year-old African American was walking back from a convenience store in Sanford, Florida wearing a hoodie and carrying Skittles and iced tea. Moments later, he was fatally shot by a neighborhood watchman.

The circumstances of Martin’s killing polarized the nation along racial lines. Many African Americans and their allies believed Martin’s death was the result of racial profiling and the shooting was murder. Others said it was self-defense and race had nothing to do with it. Protests calling for justice for Trayvon erupted around the country. Many protestors wore hoodies in solidarity with the teenager who lost his life.

Historians talk about the long civil rights movement to convey the notion that the struggle for equality never stops. In that sense, the Civil Rights movement of the 1950s and 60s never ended. But there are moments when civil rights rises to the level of national conversation and widespread public action. Trayvon Martin’s death sparked such a moment.

A year later, on July 13, 2013, a jury acquitted the man who shot Trayvon Martin of second-degree murder and manslaughter charges. That evening Alicia Garza, a community activist and writer, logged onto Facebook and wrote an impassioned defense of black people and their dignity. The closing lines of that post said, “Black people. I love you. I love us. Our lives matter.” Her friend, and fellow community organizer, Patrice Cullors, then shared the post with the hashtag #blacklivesmatter. They reached out to another friend and community organizer, Opal Tometi and the three started what became the Black Lives Matter organization.

As other deaths of unarmed African Americans, often at the hands of law enforcement, began to surface, the movement for black lives grew. The death of Mike Brown in Ferguson, Missouri precipitated tense and prolonged confrontations between protestors and police in that town. Similar occurrences–Eric Garner, Rekia Boyd, Sandra Bland, and too many others–moved activists to take to the streets. Much of the modern mobilization for civil rights finds it roots in the responses to Trayvon Martin’s death.

Martin’s killing carries strong echoes of Emmett Till’s murder. More than fifty years earlier in 1955, Till, an African American teenager, had been beaten, shot, and killed by two white men for supposedly crossing the inviolable lines between black men and white women in the Jim Crow south. His death, and the sight of his mutilated remains, outraged citizens nationwide and helped propel the historic Civil Rights movement of the mid-twentieth century. In a similar way, Martin’s death spurred activists to renewed vigor in pursuing basic equality for all citizens.

Civil Rights and the Christian

As it was in the past so it is today–the movement for equal justice demands a response from Christians. While not all believers will agree whether they can or should get involved in these contemporary justice movements, no one can avoid taking a position. Either believers line up on the side of reform that will lead to greater human flourishing or they will stand alongside the status quo. Public justice does not require a uniform response from people of faith, but it does require a response.

The anniversaries of Trayvon Martin’s death should be a time of remembrance, lament, and action. Beyond the racial and social gaps that exist in our country, Christians should remember their unity in the Spirit and the right to life every image-bearer should have. Let us allow the light of truth, the pursuit of justice, and the life of Christ spur us on to love and good works.