For Whom Will Tomorrow’s Bell Toll? Thoughts On Paula Deen…

A word once spoken can never be taken back.

So goes the old African proverb, wisdom no doubt gleaned from a lesson that was learned the hard way.

Last week, we all watched the train wreck that resulted in Paula Deen’s removal from the Food Network.  While Ms. Deen’s racial slurs were reprehensible and offensive, as her story played out in social and traditional media, I couldn’t help but wonder at the larger movement happening: how swiftly and thoroughly today’s court of public opinion exacts its own pound of flesh.

The deeper problem with Ms. Deen’s story is that the court of public opinion doesn’t exact justice. It cries for vengeance.  I wondered, along with several friends, what would happen if people demanded that we be held responsible for the careless words we’ve spoken in the past?

[Tweet “What would happen if people demanded that we be held responsible for our past careless words?”]

We’re all guilty of this crime.  The workplace is certainly an arena where we should watch and mend our speech, avoiding offensive language even spoken in jest.  Yet how can we always know precisely what will be offensive to others at any given time?  After all, there will always be someone to take offense at our words, regardless of our own personal heart motivation involved.

Once Words are Let Loose

This was the power of the Oscar-winning movie Crash. It poignantly showed that none of us is immune to careless words spoken in hate, haste, jest, or outright ignorance.  It also showed the complex perceptions and emotions that surround our words.  As one astute friend pointed out, we are all aware of the chasm that often exists between cultures, and the potential for what can be misconstrued in what we initially think is a simple ‘turn of phrase.’  My friend, who investigates claims of workplace harassment, pointed out that we all make ‘faux pas.’ Sometimes an apology is necessary, and at other times, people mercifully let us off the hook.  And then, there are times when legal action is necessary, as was felt in the case of those who brought suit against Ms. Deen.

Yet my friend’s words remind us that Ms. Deen’s experience is certainly a universal one to which we all can relate.  We human beings seem to enjoy the taste of our own feet, and this pervasive condition of ‘foot-in-mouth’ is the reason that the books of James and Proverbs underscore the fact that great power lies in the tongue.

More seriously, however, the Bible tells us that one day, we will all give account for the words we have spoken.

Words matter, and this bald truth tells on us every time we open our mouths.

[Tweet “Words matter, and this bald truth tells on us every time we open our mouths.”]

Words and the Public Court

Few will stand with the accused in these instances for fear of being excoriated and judged themselves.  Indeed, the celebrity chefs and talk-show-hosts who propelled Ms. Deen’s career into the limelight are currently nowhere to be found as she sits in her public shame; such is the power of the public court.

However, there were measured public voices such as that of Dr. Boyce Watkins, who expressed his disappointment with Ms. Deen while still showing compassion and understanding toward her. Voices such as his give hope.  In fact, perhaps of greatest note for consideration was the voice of African American Pastor Gregory Tyson, Sr., who boldly came to the cooking Queen’s defense. Here is a man who knew her deeds and, in spite of her lack of cultural sensitivity, stepped in to promote the character of the “Paula Deen” largely unreported by the media. He’s a man who calls her ‘friend.’

Though his defense likely felt like so much spitting into the wind, he publicly stood firm with Ms. Deen.  How grateful we all would be to have such a friend to stand with us boldly in our shame, not from a distance but close enough to be soiled with our dirt and be identified as a friend of the accused, someone who would come to our aid when it would be all too easy to desert.

It’s here that we find the heart of the matter: those who know Christ have just such a friend.  He not only stands with us in our shame, but takes our shame on Himself and declares us as more than ones whose sins are forgiven. He declares us, in spite of all the evidence our fallen condition generates to the contrary, as ones who “had never been sinners in the first place.”

[Tweet “Christ not only stands with us in our shame, but takes our shame on Himself…”]

We all need to be reminded that we will be judged by our words, and that our own mouths will condemn us.  To put it another way, we all violate our own moral judgments, and while justice may be appropriate, we all also stand in need of mercy.

[Tweet “We all violate our own moral judgments and we all also stand in need of mercy.”]

We will be judged not merely for the words that are spoken, but also the ones that ramble through our thoughts yet never reach our lips. We have all thought things far more reprehensible than what Paula Deen has said.  Ironically, those who judge Ms. Deen most harshly will similarly be held accountable by their own words because they have violated their own moral judgments and cannot themselves adhere to them.

[Tweet “We have all thought things far more reprehensible than what Paula Deen has said.”]

For now, it is easy to laugh, mock, disdain, ascribe motivation, offer remedies for rehabilitation, or perhaps even feel empathy and compassion for those caught in the media’s myopic gaze.  But what of the day when each of us offends in haste or ignorance, or perhaps creates  offense simply by speaking the truth?  What will be said should the lens turn on us, and we are called to blink in the harsh, glaring lights on our day in the court of public opinion?

Looking beyond the temporal, where will we hide when we stand in the court of the Eternal and find that every word we’ve spoken has been measured?

Who will come to our defense, either now or in the future, when the bell – inevitably – tolls for us? 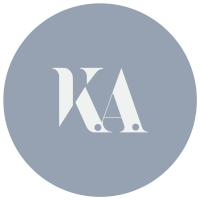 2 thoughts on “For Whom Will Tomorrow’s Bell Toll? Thoughts On Paula Deen…”