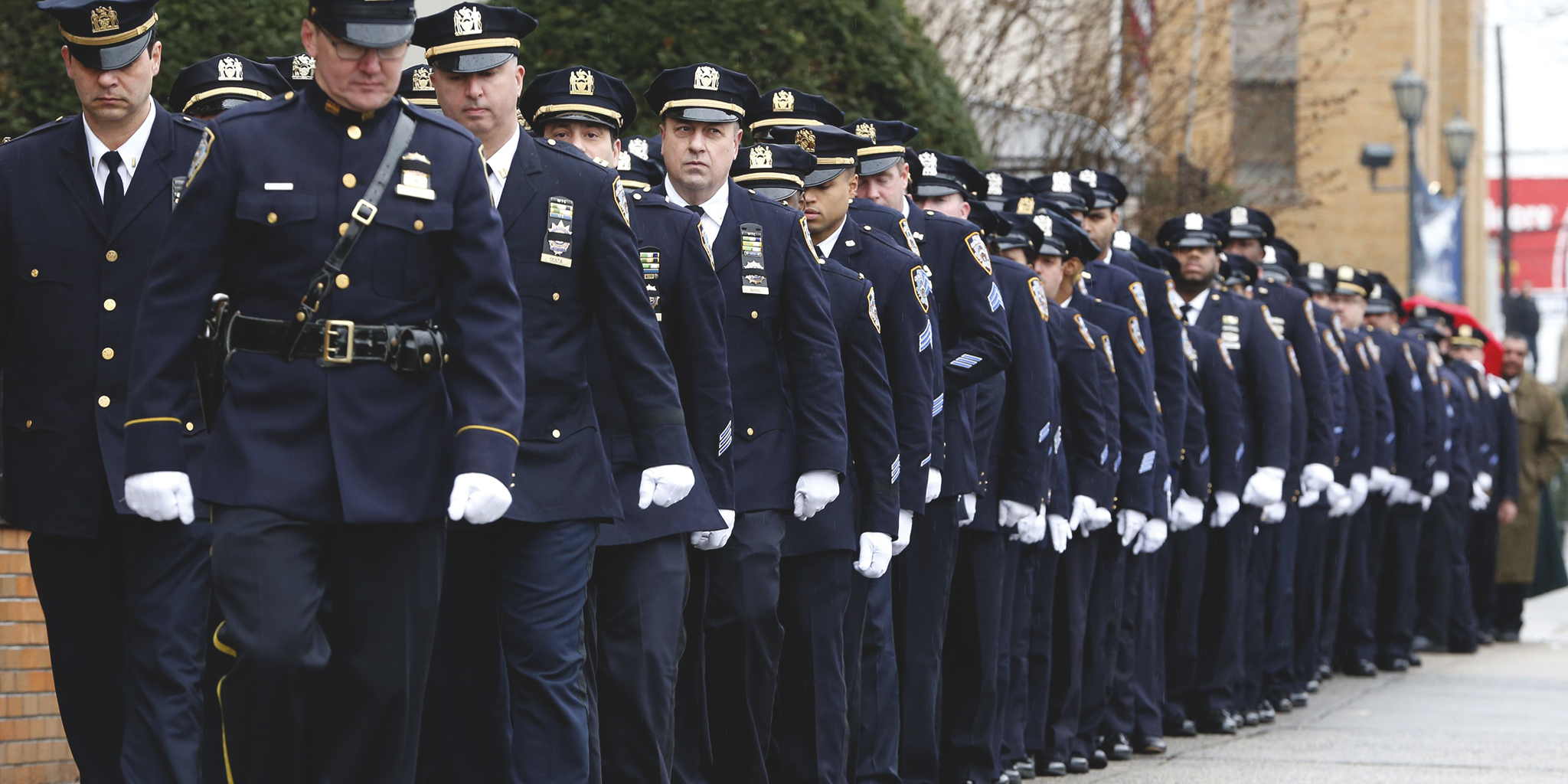 Gospel-Centered Reconciliation and Justice for All

On Saturday December 20, 2014, more violence erupted in New York City. A gunman ambushed two NYPD officers as they sat in their patrol car. According to many, Officers Rafael Ramos and Wenjian Liu were two of NYPD’s finest cops and model citizens.

As I watch and listen to the news, I wonder where the justice is for the good NYPD officers, for these slain cops, and their families. Are African-American civil rights leaders and other leaders of color planning a march on Washington to protest against the gunman’s actions, a man of color who assassinated cops who were also ethnic minorities? Several weeks ago, Al Sharpton and other African-American leaders were fiercely calling for racial justice for African-Americans and people of color. But where are those same passionate demands from the same civil rights leaders when a person of color commits a horrible crime against two NYPD officers of color?

Perhaps there are many reasons why the outcry for reconciliation and justice is not as loud. But I suggest there are three specific reasons in this case. First, these two slain men were cops. Second, these two slain men were NOT African-Americans. Third, the assassin was a man of color. Neither one of these reasons justifies silence. The gospel of Jesus Christ demands those of us who believe it to speak gospel-centered truth into every unjust situation  regardless of the recipient: rich, poor, black, white, red, green, gay or straight, powerful or powerless.

The universal transgression that created the opportunity for Mike Brown and Eric Garner to be killed by police officers is the same universal transgression that enabled the gunman to murder two innocent NYPD officers: Adam’s sin and the gunman’s personal choice to participate in it. Genesis 1-3 makes it very clear Adam’s sin against God resulted in a universal curse of sin and judgment upon the entire creation. In fact, the fundamental reason the first murder story in Genesis 4 is after sin entered creation in Genesis 3 is because Adam’s transgression introduced sin as a universal power that reigns over and within human beings. And sin’s tyrannical reign over humans affects how the human race relates to each other (Rom. 5:12). All forms of violence and murder are directly the result of Adam’s transgression (Gen. 4). Sin enables people to ignore equal justice and the pursuit of reconciliation for all people. Sin enables humans to be silent or to speak insensitively about justice and reconciliation, and to remain silent when cops are the victims of gross injustice at the hands of a wicked gunman. But the gospel of Jesus Christ proclaims salvation by grace for all who believe in Jesus Christ by faith, and the gospel demands all who believe it will proclaim and pursue gospel-centered reconciliation, love, and justice for all—Jew or Gentile; powerful or powerless (Rom. 1:16; Gal. 3:28).

The act of this gunman was sinful. It was unjust! These two cops were ambushed and assassinated. Just as the gospel of Jesus Christ could have reconciled Brown and Garner with the police officers involved in their deaths in Christ, so also the gospel of Jesus Christ could have made Officers Liu, Ramos, and the gunman part of a reconciled community in Christ. In other words, the gospel could have transformed the gunman’s heart, if he believed and obeyed it by faith, so he would have pursued love and peace with these two NYPD officers instead of violence (Gal. 5:22; Eph. 2:11-22; 4:1-3).

Evangelicals who believe in the universal power of Adam’s sin over the entire creation, who believe in the personal guilt of every individual because of humanity’s voluntary participation in transgression, and who believe in the reconciling power of the gospel of Jesus Christ for all people—for Jews and Gentiles, for blacks and whites, for cops and citizens—should preach the gospel of Jesus Christ just as loudly and cry out for gospel-centered reconciliation and justice just as passionately on behalf of Officers Liu and Ramos, as they cried out on behalf of Mr. Garner. To be clear, this call for gospel-centered reconciliation and justice for the Officers does NOT change the fact that at times, certain kinds of people of color and certain kinds of poor people suffer social injustice at the hands of the criminal justice system.

Instead, gospel-centered reconciliation and justice suggests that Evangelicals should be the first to say innocent and hardworking police officers, who daily risk their lives to protect, deserve to have the citizens cry out on their behalf when they experience injustice. Evangelicals should call all sinners and perpetrators of injustice to repent and believe in the crucified, resurrected, and exalted Jesus Christ, so wicked hearts will be transformed by the gospel!

May God raise up more gospel-centered Evangelicals to understand, preach, and live the truth that the reconciliation of Jews and Gentiles in Jesus Christ is a central feature of the gospel; that Christ can make all who believe and obey this gospel into a unified, new, and reconciled race in Christ; and that the gospel of Jesus Christ—when believed, obeyed, and preached—will create the kind of atmosphere in society that will produce both reconciliation and justice for all human beings (Eph. 2:11-22)! The solution to every expression of sin and injustice in this world both now and forever is the bloody and peaceful gospel of the crucified, resurrected, and exalted Lord Jesus Christ! May we continue to press the claims of the gospel onto a lost world, as our nation continues to suffer from violence!