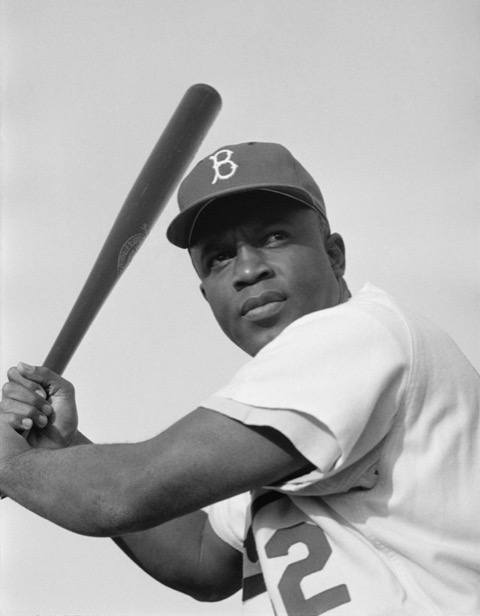 Today, the sports world celebrates the 100th anniversary of legendary baseball star Jackie Robinson’s birth. He was among the first African-American athletes to break the “color barrier” in Major League Baseball. Robinson’s resolve to stare down evil came in the fashion of a hard-hitting baseball bat and phenomenal reflexive skills that eventually earned him the National League MVP honors in 1949. That year, he led the league in batting average and stolen bases. Robinson’s efforts also contributed to his team reaching the pennant.

Many remember Robinson for becoming the first African-American to play professional baseball with white players. Though this is an honorable description attributed to Robinson’s legacy, it is not entirely accurate. Baseball was an originally integrated sport until segregationists conspired to prohibit black athletes from participating alongside white players.

A handful of Black players, likeMoses Fleetwood Walker, John “Bud” Fowler, Frank Stewart and Charles Bannister, are documented as a few of the firsts to step on the diamond with white players as far back as the 1870s. But in the same way it took a figure with substantial status, like Branch Rickey—the executive responsible for signing Jackie Robinson to the Brooklyn Dodgers—to help reintegrate Major League Baseball, it took another influential figure to segregate the league.

Adrian “Cap” Anson, a player considered a pioneer of the game of baseball and the first superstar to record 3,000 career hits, was also the man who validated the unwritten “Gentleman’s Agreement” which white-balled African-Americans from playing in the league. Anson is not primarily responsible for the league-wide agreement, but his prominence in the game ensured that no Black player would play in the league for the next five or so decades.

Jackie Robinson’s legacy will always be remembered as the man who “broke the color barrier.” But it is imperative that we remember this barrier was a wall constructed by sociological and political structures, undergirded by wicked spiritual forces, that insisted on demeaning the dignity of people on the basis of their skin’s hue.

Obviously, Robinson didn’t happily go along with the zeitgeist of his era to appease the naysayers. Like many before, and after him, the insults and threats angered Robinson. But instead of succumbing to the putrid animus imbued around the league, he placed faith in God to help him overcome their hatred, and played baseball exceptionally well. Robinson was compelled by the image of God in others—the same people that hated him—to resist their vitriol. It was the same sustaining faith that spurred him to join the fight for civil rights after his baseball career, leading him to believe that, “A life is not important except in the impact it has on other lives.”

As we celebrate Jackie Robinson’s centennial throughout this year, we’d honor him well not just by remembering his athletic accomplishments, but also by resisting evil as he did. His resistance was not a retreat from evil, but a boldface challenge of its norms where it thrived most.

May we be compelled to follow suit. Happy Birthday, Jackie Robinson!

Previous Post
How to Fight Racism, Part 3 – Commitment to Action
Next Post
PTM: Why Do Multiethnic Churches Fail?