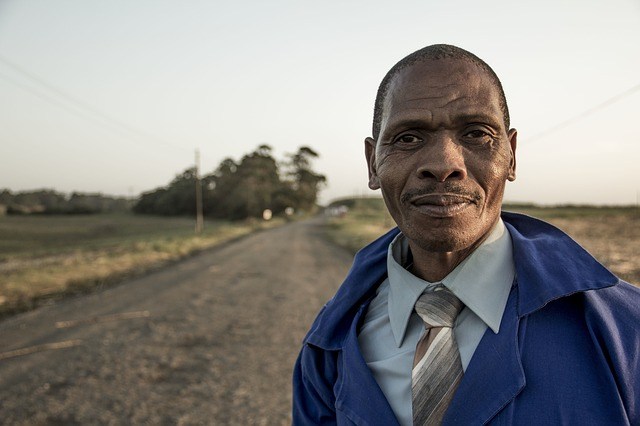 The Idolatry of Race Part 2

This is part 2 of Jarvis Williams’ piece. You can read part 1 here.

Part 2 of this piece will discuss the idolatry of race from Galatians 4:8-9.

We Practiced Idolatry when We Did NOT Know God (v. 8).

In Gal. 4:8-11, Paul concludes his argument regarding the superiority of his gospel over his opponents’ gospel. He has argued in chapters 1-3 that God’s promise to Abraham to bless the nations was fulfilled through Jesus Christ, not through the giving of the law and that the Galatian Gentile Christians do not need to become Jewish to be part of the people of God (2:11-2:21).

In 4:8-11, Paul expresses great fear that he labored in vain amongst the Galatians because they were in danger of walking away from the freedom they received by faith in Christ, by the Spirit, and by his liberating work. The Galatians were contemplating embracing Jewish identity, which Paul identifies in vv. 10-11 by his reference to Jewish special days and months and seasons and years (4:10-11).

In v. 8, Paul reminds the Galatians that they formerly, before their faith in Christ, served idols (“the natural things which are not gods”), because they did not know the true God of Israel. In the OT, knowledge of God and sonship in his family were privileges experienced only by Israel/Jews (God’s chosen race of people) or by those who identified with Israel/God’s chosen race (Exodus 20-Joshua; 1 Sam. 3:7; Ps. 9:10).

But in Christ Jesus by the Spirit, the Galatians (Gentiles), who had a reputation of worshipping idols, have “now” been adopted by Israel’s true God as sons (Gal. 3:13-14; 4:2-9) into God’s family through faith in Christ along with other Jewish who had faith in Christ, and Jewish and Gentile Christians together became part of the family of Abraham (Gal. 3:28-29). They know God and are known relationally by God (vv. 8-9).

But Paul says if the Galatians turn from Christ to embrace the Mosaic law, then their steps toward Jewish identity is equivalent to a return to idolatry. Gentile idolatry would have likely manifested itself by means of polytheistic worship and sexually promiscuous living, both of which were woven within the social and civic structures of the Greco-Roman world. When the Galatians did not know God, they were idolaters and served their idols as slaves (Gal. 4:8-9; cf. 5:19-20). But now because they know God and are known by God through Christ, Paul rhetorically asks why they were turning again to the “weak” and “poor elements” of idolatry (Gal. 4:9).

In v. 9, Paul is greatly concerned that the Galatians are in the process of turning away from the gospel, eternal life, and the spiritual freedom in Christ from the curse and the slavery of the law (cf. 3:10-5:1), under which they would have been placed again if they received circumcision and sought to receive the marks of Jewish identity, an identity which apart from faith in Christ simply does not save anyone!

The “weak” and “poor” elements in v. 9 refer to the idols mentioned in v. 8, which Paul identifies as “the natural things which are not gods.” The term “elements” (stoicheia) recalls the phrase “elements of the world” (ta stoicheia tou kosmou) (4:3), which refer to the old age (1:4), an age enslaved under sin (3:22) and under the law (4:3-5). Paul shockingly associates the Galatians’ turn to Jewish works of law as a return to idolatry in vv. 8-9.

The Galatian Gentile Christians worshipped idols before their conversions to Christ (4:8-9). But now, in Christ, in the life-giving age of the Spirit inaugurated by Christ’s death and resurrection (1:1, 4; 3:13-14), their desire to become ethnically Jewish is associated with Gentile idolatry for those Gentiles who, after turning to Christ, desire to turn to the law of Moses and adopt a Jewish way of life.

If these Gentile Galatian Christians convert to Judaism and embrace a Jewish way of life, Paul, a Christian Jew and a former member of Judaism (1:13-16), says they will become slaves to idolatry and, in 5:21, he says they will not inherit the kingdom of God (cf. 1:8-9; 3:10).

Instead of walking in the Spirit and not fulfilling the lust of the flesh (5:16), the Galatians desired to embrace Jewish ethnic identity by turning to the law of Moses. They believed that Jesus Christ alone, who died for our sins to deliver us from the present evil age (1:4), from the curse of the law (3:13), and from the slavery of the law (3:22-5:1) to transform us into Spirit-empowered Gentiles with faith in Christ, was not sufficient to grant them, Christian Gentiles, status into God’s family (4:10; cf. 3:1-5:1).

So, they listened to the Jewish teachers who preached a gospel that emphasized Jesus plus Jewish racial identity as a means by which Gentiles can be justified by faith in Christ. The result was some of these Galatians began to embrace the law and a Jewish manner of life. Paul worries that they are becoming slaves to ethnic idolatry.

Previous Post
Book Review: Unashamed by Lecrae
Next Post
Pass The Mic: TGC And The Anniversary Of Mike Brown’s Death