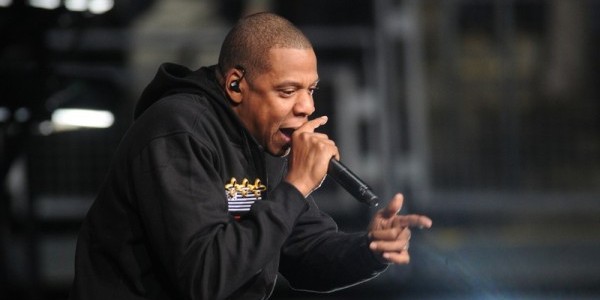 Jay-Z’s New Magna Carta: Follow the Religion of Self

As a twenty-something year old African-American and native of Jay-Z’s hometown, Brooklyn, my cultural surroundings were embedded with Jay-Z’s music. To say that Jay-Z was celebrated among my peers would be an understatement: the reality is that I had friends who digested his brilliant lyricism for breakfast, lunch, and dinner. And many of them, as most inner-city kids do, respected his rags to riches story and aspired to mimic his success.

I myself, as a young teen, regularly listened to his music, and considered (along with the entire hip-hop community) many of his songs to be hip-hop classics. So, naturally, when a man I considered one of the greatest modern day poets of our time was set to release his newest album “Magna Carta Holy Grail,” I was drawn to give it a listen, wondering what Jay-Z had now decided in his heart to say to the world.

After listening to the album, I came away disappointed. But I was not disappointed because the music was artistically bad –no, far from it. From an artistic stand point, Jigga Man’s still got it. The production was stellar, and Jay-Z is still as good as he’s ever been at using his lyricism to create vivid imagery, draw us into his life experiences, and raise issues that give us food for thought.

I was disappointed because some of the lyrics confirm that his music has become increasingly explicitly anti-Christian.

[Tweet “Some of Jay Z’s lyrics confirm that his music has become increasingly explicitly anti-Christian.”]

Now, of course, I knew I wasn’t about to get gospel-centered, Christ-exalting lyricism from Jay-Z. This was, after all, the newest release from Roc-A-Fella Records, not Reach Records. However, what troubles me is that a consistent theme in Jay-Z’s lyrics as of late is a philosophy that views religious authority as a threat to human flourishing.

On his newest album, Jay-Z features a song called “Heaven,” in which he encourages skepticism toward religious truth claims. This song warrants a response because Jay-Z’s skepticism reflects the views of a growing number of the American population concerning religion; moreover, his lyrics have a prophetic voice in culture, holding enormous influence, not just within the African-American community, but worldwide. Thus, we would do well to pay attention to and analyze this prophet’s message to see if it is true or false.

[Tweet “We would do well to pay attention to and analyze this prophet’s message to see if it is true.”]

In verse one, Jay-Z undercuts religious authority by encouraging hyper-skepticism. We are encouraged to question reality to the point of questioning our very own existence. Jay-Z raps:

“Question religion, question it all/ Question existence until those questions are solved.”

In verse two, Jay-Z criticizes his religious critics and then gives us his view of religion’s effect on society:

Jay-Z’s lyrics are consistent with comments that he made about religion during a 2010 interview with Angie Martinez on Hot 97:

Question out of a Genuine Desire for Truth.

In response to Jay-Z’s advice to question religion, we should ask, In what way does he want us to do this? After all, having legitimate questions about faith is ok. I would encourage people –both Christians and non-Christians –to think profoundly about issues surrounding Christianity and then seek answers to any questions that may arise. The purpose of theology is, in part, to help people answer the bigger questions in life.

[Tweet “The purpose of theology is, in part, to help people answer the bigger questions in life.”]

However, there is a type of questioning that isn’t rooted out of a genuine desire to know truth, but is rooted in a desire to delegitimize authority and ultimately establish one’s own personal autonomy. The desired outcome is to establish oneself as the final authority as to what is true and what is not true. The questioner establishes his own reason as the final point of reference as to whether or not he will believe something. In other words, “if it don’t make sense to you, don’t believe it.”

[Tweet “The desired outcome is to establish oneself as the final authority as to what is true.”]

It is no surprise then that in this same song Jay-Z himself raps, “I confess, God in the flesh,” equating himself with God. When our questions are rooted in our desire to establish our own intellect and reasoning as supreme, and to deconstruct and delegitimize authority, the only authority left standing is ourselves. We, therefore, will inevitably deify ourselves.

If in our pride we exalt our own reasoning, we will likely accept what we want to hear and reject what we don’t want to hear. This is likely why Jay-Z doesn’t believe in hell. He simply doesn’t like the idea of a place of eternal torment. And because he has set up his own understanding as the final authority as to what is true, Hell doesn’t exist to him. He has created his own personal reality–accepting what he likes and disregarding what he doesn’t like–irrespective of what is really true. If we are concerned for truth, we must make sure that our questions are not motivated by a desire to deconstruct authority, but, rather, motivated by a genuine desire to learn.

The Divisiveness of Religion

Jay-Z’s second criticism about religion is that it is divisive.

Now, of course, there is absolutely no denying the fact that religion has been used to separate people. It’s a simple fact of history that people, even within a particular religion, may kill each other over doctrinal disputes. But truth be told, people who are irreligious often divide themselves over many things, and they are not motivated by any religious dogma. Moreover, we must acknowledge the fact that many people have, because of religious teaching, learned to forgive their enemies and seek peace with them instead of division –as Jesus taught.

True religion is not to blame for hostile division among people. Division is rooted in the depraved nature of humanity. Therefore, we need a new nature. One that motivates us to love our enemies and seek the peace of the city. We are given this new nature to love when we place our trust in Jesus Christ.

[Tweet “True religion is not to blame for hostile division among people.”]

Everybody has a religion. We will either submit to the true God through faith in his Son Jesus, or we will establish our own reality. The latter is what the Bible refers to as idolatry; and it is evident from Jay-Z’s lyrics that it is the latter he is encouraging his listeners to choose to do. I would advise all of those reading who may have religious questions to check their motives. Do we genuinely want truth, or do we want to use our intellect to lay waste to any authority that keeps us from viewing the world the way we want to? I would also charge those who know the Lord to pray for our culture, and lovingly try to reach those like Jay-Z with the truth of Jesus Christ.

[Tweet “We will either submit to the true God through faith in his Son, or we will establish our own reality.”] 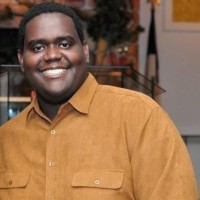 Bryant Parsons resides in Brooklyn, New York. He is a graduate of Westminster Theological Seminary. Topics of interest are issues involving systematic theology, apologetics, and Christian engagement with culture. His desire is to see the Church in the American context be well-informed, winsome advocates of the gospel of Jesus Christ.

Previous Post
Your Prosperity is Too Weak: Why the Preachers of LA and Prosperity Theology Miss It
Next Post
Broken Glasses

28 thoughts on “Jay-Z’s New Magna Carta: Follow the Religion of Self”