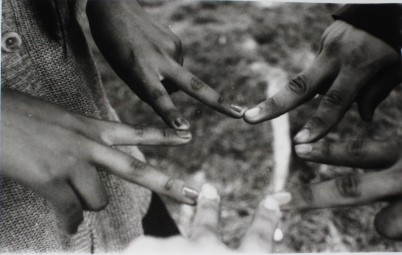 Jesus Prayed for the Unity of His Disciples

Unity in the church is not easy to achieve. In fact, in many ways, the Christian church has been marked by disunity since its very inception. The controversy of Gentile inclusion in the first century, heresy in the early centuries after the days of the apostles, the holocaust in Nazi Germany, slavery and Jim Crow in the U.S. suggest the Church of Jesus Christ has been disunited for too long. Unfortunately, this disunity continues today in many churches over serious, silly, and even unbiblical things. Some churches have split over race, the style of music, minor disagreements with the pastor, or because of cliques within the church.

Christians must remember, however, whenever there is ungodly disunity in the church, it is difficult for the world to see that we love Jesus and that God loves us. Jesus prayed the world would know that we know him by our love for each other, and by our unity with one another in the Gospel. In John 17, Jesus prays for his disciples in the first century, and for future disciples after his death and resurrection. One feature of his prayer was unity amongst his disciples (John 17:11, 21-23—read 17:11, 20- 21).

Before we dissect Jesus’ prayer for unity in this text, let me define unity. Unity is not unanimity. That is, Jesus does not mean his disciples will always agree on everything. I am a UK fan. Many Christians are not. I am not a dispensationalist, but some Christians are. Yet, I would argue it is possible to disagree on these matters, and still work together in the unity of the Spirit in the bond of peace in pursuit of Christian unity. Unity, then, as Jesus prays for it, pertains to the patient pursuit of harmony among his disciples for the good of the church, for the glory of the Father and the Son, and for the salvation of sinners, even as the church might disagree over certain important matters.

John 17 occurs at the end of Jesus’ ministry in the gospel of John before he’s arrested, crucified, and resurrects. He prays in this chapter for the following things.

1. First, Jesus prays the Father would glorify himself by glorifying his Son, so that those whom the Father has given to Jesus would receive eternal life (17:2-4).

2. Second, Jesus prays the Father would glorify him after the resurrection with the glory that he had with the Father before the incarnation, and before the world was created (17:5).

3. Third, Jesus prays the Father would keep his disciples from falling away from Jesus so that they may be one just as he and the Father are one, so that the world would believe that God sent Jesus into the world to save it from its sins (17:11, 20-23).

Often, Christians wonder why certain people refuse to trust in Jesus by faith. There are all sorts of complicated answers to that question. But one answer is because of the disunity within the church. To clarify, disunity in the church does not excuse unbelievers from God’s judgment if they refuse to follow Jesus. However, disunity in the church is a reason that some people are pushed away from the Christian faith. When churches fight, bicker, and divide, they provide no incentives for unbelievers to come to faith in Jesus.

What should guide Christians in their pursuit of unity? Answer: (1) the bible, (2) the Spirit, and (3) doctrine. Our preferences are important to us, but they should not be sources of disunity amongst the people of God if they are unbiblical preferences. What about doctrine? Many voices are currently crying out from different directions creating disunity amongst the people of God. I pray God answer Jesus’ prayer and grant unity amongst his followers that will draw unbelievers to faith in Christ.

8 thoughts on “Jesus Prayed for the Unity of His Disciples”