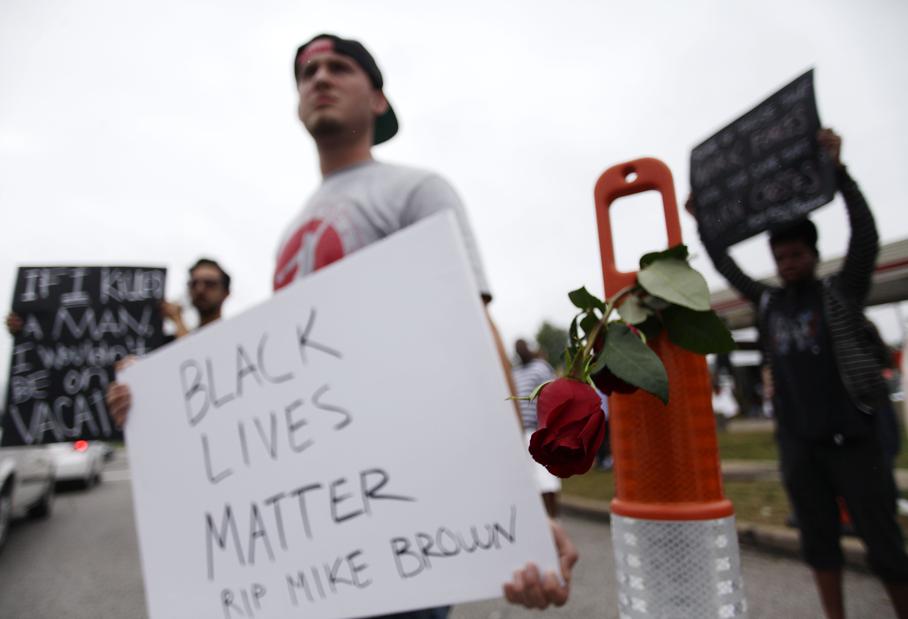 Keepin’ It Real with Mike Brown, Ferguson, and Ourselves

Who was Mike Brown? Was he an upstanding young man with a promising future on his way to college? Or was he a criminal who disregarded authority and robbed a liquor store on the very night he was killed? The answer to both of those questions is “yes”.

Citizens around the country have exhibited a range of reactions to the shooting of Mike Brown on Saturday. Those reactions range from “Let’s wait until we get all the facts” to “he had it coming” to “this is an outrageous miscarriage of justice.” Portrayals of Mike Brown’s character vary according to each person’s opinion of the situation.

Those who want to point out the injustice of yet another unarmed black youth being killed by a white cop post pictures of Mike Brown that show him smiling, young, and tender. Their aim is to craft a narrative that young Mr. Brown wasn’t doing anything wrong and, in fact, was just a regular old neighborhood kid.

Then the videotape of him robbing a liquor store for cigars and manhandling the store clerk appears. Now that “nice young man” narrative becomes much less believable. And now writing a more negative story about Mike Brown becomes a lot easier. Some were already looking for the pictures of the young man looking imposing and flashing what appear to be gang signs. Now they have stills from a robbery in progress to add to their story.

A piece by the International Justice Review shows a variety of pictures of Mike Brown. The pictures tell a story of a young man who is alternately likable and distasteful. I’d like to think most people will acknowledge that human beings are complex. We all display a blend of virtues and vices. This is true of Mike Brown, too. Although federal officials objected to the video’s release, it certainly shows that Mr. Brown is capable of violence. Yet we also see that he was a much beloved young man, a son, a friend, a community member.

But we really shouldn’t be surprised at the light and the dark in people. The Bible explains this quite well. Genesis chapter one shows that we are all made in the image of God. Young black men, white cops, and everyone else. We are all reflections of the One who made us. And He made us perfect. We were without corruption, violence, selfishness, or malice. Yet, as His image bearers, we can also make choices. Our Maker is not one to force His creatures to do anything. He allows them the dignity of choosing how they want to shape their lives.

In Genesis chapter three Adam and Eve choose to disbelieve God and His word and, in so doing, usher evil into God’s perfect world. Ever since then all human beings have willfully chosen to reject God and go our own way. “They have all gone astray, they are all alike perverse; there is no one who does good, no, not one” (Ps. 14:3). And this is borne out in human history. After Adam and Eve come Cain and Abel, the Flood, the Tower of Babel, and human history becomes the story of misery, ruin, and death.

Even though the image of God in humanity is marred and distorted, it is not completely destroyed. God’s common grace prevents us from being as depraved as we could be. Human beings still have a sense of God since He has revealed Himself in creation (Rm. 1:19-20). This sense of God forms our consciences and gives us a notion of moral virtues even if we constantly fail to live up to the standard.

What is needed in every situation is an understanding that all people are created in God’s image but corrupted by disobedience. We will all, therefore, at times act heroically and villainously. We see this in the demonstrations in Ferguson. Many people there are engaged in peaceful protests. They are marching, chanting, and praying for change. Others, however, are throwing objects, cursing, and looting. This is image bearing and disobedience on a mass scale.

What we each long for, though, is to be known as we truly are—people with the ability to act both justly and unjustly. And we long to be accepted for all of the good and the bad that we’ve done. This was the desire of the woman at the well whom Jesus encountered in John 4. Jesus peered into the woman’s soul and saw her pattern of broken relationships in a vain search for meaning. He saw her failures and her shame. Yet instead of rejecting her or ridiculing her, Jesus offers her living water.

The woman is transformed by this encounter. She runs back to her town and says, “Come, see a man who told me all that I ever did. Can this be the Christ?” (Jn. 429).

Christ does the same for us all. He sees us for who we truly are. To Jesus we are not a stream of images of social media. We are not the people who others say we are. We are not even the people we ourselves say we are. We are His creation. His image bearers, and the ones for whom He gave His life. But true life can never be attained by living virtuously. In fact, in the spiritual sense of things, we none of us are good. None of us chooses on our own to reach out for God. Instead, God comes to us in the form of a man named Jesus and offers us eternal life.

We don’t need to craft narratives of each other or the world that are completely optimistic nor completely pessimistic. The gospel of Jesus Christ allows us to keep it real about Mike Brown, Ferguson, and ourselves.

9 thoughts on “Keepin’ It Real with Mike Brown, Ferguson, and Ourselves”