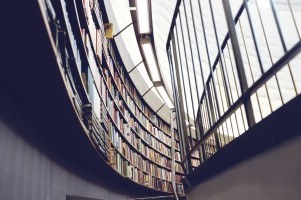 Some of us white Americans have been listening in on the conversations of our black brothers and sisters lately, and it has gradually dawned on us that somewhere along the way somebody forgot to fill in a lot of details about life in America.  We’ve started to realize, so to speak, that the Yellow Brick Road doesn’t belong to only one cinematographer.  There’s another story, another whole history of America, that has been passed over, or that has been so truncated in the telling as to be unrecognizable by the people who actually lived it (and still live it).

After the murder of the nine believers in Charleston, SC last year, a reading list started circulating online , a whole curriculum of titles, offering countless ways to fill in some of the blanks left by revisionist American history. You may have seen it.  I am a reader and a scholar by nature, yet I did not even recognize most of these resources. And here suddenly were scores of titles presenting themselves for my attention. Where on earth to begin?

Most big things start small, like, say, the journey to Oz, or a friendship, or expertise in a new field of study. RAAN’s articles and podcasts are great first steps if you’re someone who’s interested in walking around in your neighbor’s shoes for a while. If you still have the somewhat old-fashioned capacity to complete a few actual books, though, the Charleston Syllabus is certainly thorough – but it’s also overwhelming!  So I’ll offer here a few of the first stepping stones that have paved my way toward understanding life in America as I don’t experience it.  (Some of these are on the Syllabus, some I’ve turned up on my own.  Obviously, my little list only scratches the surface of the story I haven’t been told.  But it’s a beginning.)

The titles are listed in chronological order by publication date.

1903 – W. E. B. Du Bois, The Souls of Black Folk:  Older writing, so it may be heavy going for some readers nowadays.  This collection of intelligent, honest essays effectively conveys an experience of life in America that is foreign to many of us—yet altogether too familiar to too many even today.

1957, 1966, & 1974 – C. Van Woodward, The Strange Career of Jim Crow:  A relentless, even-tempered, shrewd and often heartbreaking review of American history, especially that of the Deep South but extending in the later editions to a consideration of conditions in the North and West.  Every word counts.  This is scholarship pursued out of love.  If you are a citizen of the US and have never read this, you are missing out on a key expression of your own story.

2008 – Philip Dray, Capitol Men:  A telling of the little-known history of Reconstruction, an unprecedented window of enfranchisement and office-holding opportunity for African-Americans during the decade following the Civil War.  If your American history education did not include names like Robert Smalls, Robert Brown Elliott, John Roy Lynch, or George White, here they are in context for you.

2015 – Ta-Nehisi Coates, Between the World and Me:  Written by the keenly incisive Atlantic columnist in the form of letters to his son, this is a glimpse “behind the mask,” as the poet Paul Lawrence Dunbar might put it.  Reading this as a believer, I missed for Coates’s sake the golden thread of Resurrection hope that still someday could run through his spiritual autobiography.

2015 – NBC’s The Wiz:  Because there’s more than one way to tell the story.  This is a wild ride, fiercely joyous and also somehow poignant.  I admit to watching it more than twice since the live performance last December.  I wonder this:  when the young lead, Shanice Williams, leaves Oz and returns to America, in what kind of crazy country does she begin her adulthood?

Each of the above was well worth my time and attention.  Each has added detail and color to a picture I thought I knew – that portrait of America where all the heroes were clearly defined and packaged in picture-book format for easy consumption.  Each one of these resources reset some of my assumptions and tuned my ear to what is hasty, prejudged, and careless in contemporary discourse.  Each one has introduced me to new heroes and taught me something about what it really means to have courage.  And I am just getting started.

I’m Reformed, too, so I’ll land this on Bible.  When Paul spoke to stranger-pagans in Athens, their “otherness” informed the considerate bridge he built to get his message across. He was observant, and he did his homework, and he understood them well enough to use words and ideas they could easily follow (Acts 17). His knowledgeable care for his audience was part of his preparation to love them with the gospel he was driven to communicate.

There’s a biblical proverb that reminds us that ignorant speaking is really a moral failure, not just an intellectual one:

Paul in Athens avoided this pitfall by listening well – by paying attention, and remembering his lessons.  I think this may have carried his missionary message farther than it would have gone otherwise.

So, listen in.  Listen well, like Paul.  Listen for the sake of love. There’s plenty of words waiting for you. Start small, like Dorothy & company.

I’m willing to bet that you’ll even make a few new friends along the road. 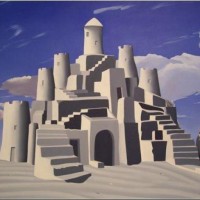