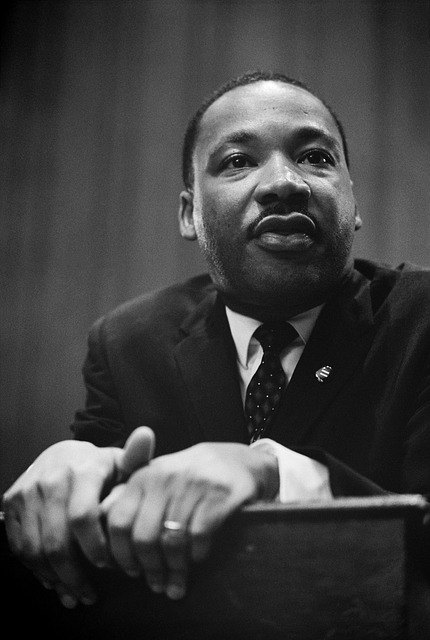 It’s April 16, 1963. He’s sitting in the poor conditions of a Birmingham jail cell: no family, no friends; alone in discouraging darkness. He’s recently been arrested because of his involvement in a campaign against racism and racial segregation. Undoubtedly reflecting hard on the cause as well as response from fellow clergymen, Martin Luther King Jr. pens what I believe to be his most prophetic call to the church. He writes:

If today’s church does not recapture the sacrificial spirit of the early church, it will lose its authenticity, forfeit the loyalty of millions, and be dismissed as an irrelevant social club with no meaning for the twentieth century.

As I read those words, I could not help but see this is true of the church today. We now realize that we are in the same position as King was: sitting in the poor conditions of the American jail cell, pushed to the margins, and in the discouraging culture of darkness.

More and more, as Karen Ellis says, “we are moving from being American Christians to realizing that we are Christians in America.” We are living as the marginalized church once again. As I reflected on his words and life, I wondered what we can learn from King’s engagement? I believe that we are to learn from and model his public prophetic witness as those who are marginalized.

King showed us that as Christians on the margins, our public witness should be a life lived with convictional compassion. Though many would not agree with him on certain theological issues, what is very clear is that King is a model for the Christian church on living a life consistent with the gospel in the context of marginalization. Where Jonathan Edwards gave us a beautiful picture of communicated orthodoxy, King gave us a beautiful picture of communicated orthopraxy.

There is no question that his life bled Christian conviction. As Dr. Carl Ellis shares in his book, Free At Last, “Dr. King was trying to bring the reality of the biblical world-and-life view to bear on real problems in society, such as racism and segregation.”

At the heart of this reality was “the God whom we worship is not a weak and incompetent God” and that the “ringing testimony of the Christian faith is that God is able.” The God of the Bible, in King’s view, was the center of the Christian life and thus, “The end of life is not to be happy, nor to achieve pleasure and avoid pain, but to do the will of God, come what may.”

King understood that all that came with marginalization was from the hand of a good God and could be received with full assurance that he is in control. God was at the center of King’s message, along with the love of Christ. His message was not a message of liberalism in thought and practice, but a message of liberalism in love on the basis of Christ’s love even in the face of evil. He regarded no man or issue according to the flesh, as Paul said, but he saw the implications of the Fall and that the God of the gospel indeed is competent to address these by the power of grace.

King’s life embodied the truth of Acts 6 and showed that no matter how small an issue may seem, the gospel compelled him to address it with concern, intentionality, and love. Whether it was voting rights, racism, segregation, or education, his conviction moved him to a compassionate engagement knowing that “a religion that professes a concern for the souls of men, and is not equally concerned about the slums that damn them, the economic conditions that strangle them, and the social conditions that cripple them, is a spiritually moribund religion.”

King’s life showed us that in the context of marginalization, Christians are to be marked by a convictional compassion laboring for the glory of God and the good of others.

We get a beautiful example of how we should live from the 1965 march, from Selma to Montgomery. In this march, King’s Southern Christian Leadership Conference (SCLC) focused their efforts to register black voters in the South. The march was not just a march for the rights of people, but a march for the application of the Gospel to a culture of despair, darkness, and hopelessness. As the marginalized church today, we must ask with Francis Schaffer, how should we then march in light of King’s engagement?

And if our present history is a part of God’s grand plan, then we should be present in the fields that are inconsistent with his character with a message of grace and transformation. Conviction is not just how well we can write our theological creed, but how well we live out a reflection of the Triune God in all areas of life. This is our call as the church today.

King shared, “If any earthly institution or custom conflicts with God’s will, it is your Christian duty to oppose it. You must never allow the transitory, evanescent demands of man-made institutions to take precedence over the eternal demands of the Almighty God.”

We are to be present in the dark areas of our communities and nation with the message of the Gospel, hope, and a transformed life. As we think about our communities, schools, churches, and nation, we must ask the question, “Does our lives carry a flavor about it that clearly shows that we’re dominated by a desire to embody theology with the message of an adequate gospel that’s able to change our environment?”

The Church has always made her greatest impact when marginalized, and out of her marginalization came a flow of love on the basis of the eternal love of God. Our march in our day must be marked by compassion, flowing from the compassion of the cross. When we look at the cross, we see that the Lord Jesus took on our sin and condemnation, not because we deserved it, but because he had a purpose to save for the glory of God.

Out of that love, Jesus accomplished redemption for his people, so that as Paul said, “that those who live should no longer live for themselves, but for him who died for them and was raised again” (2 Cor. 5:15). And if our Triune God overcame every obstacle to display his great love, then we should live to overcome every obstacle in our lives in order to display that love to others.

King put it best when he noted, “Like the early Christians, we must move into a sometime hostile world armed with the revolutionary gospel of Jesus Christ. With this powerful gospel, we shall boldly challenge the status quo”.

Will we, as those who have been redeemed by grace and called to mission, follow the March? If so, hear the words of Charles Spurgeon, “Onward then, ye Christian soldiers!” 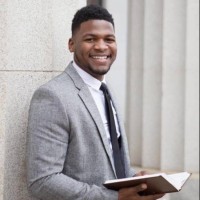 Dante Stewart is a writer and speaker whose works have been featured on Christianity Today, The Witness: A Black Christian Collective, Fathom Magazine, and Faithfully Magazine. Visit him at www.dantecstewart.com and @stewartdantec.
Previous Post
Pass The Mic: Black History Month
Next Post
The Bad Optics of White Male Domination in the US Senate