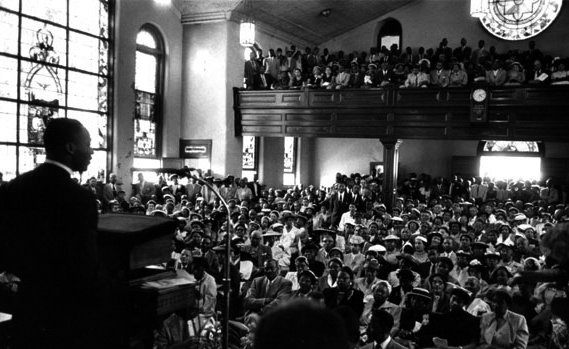 One of the reasons many evangelicals struggle to understand systemic racism and injustice is that we often limit sin to individual acts and attitudes, and we fail to see that the social, political, and economic systems that sinful people put in place are also infected.

When I visited my home this past Christmas, I remembered that the largely suburban “belt” in which my hometown is located lies a half-hour north of Detroit. Detroit suffered immensely in the latter half of the 20th century, as it increasingly felt the effects of “white flight.” Though the history is complex, much of Detroit’s pain and decay can be attributed to the sinful unwillingness of white people to live alongside African Americans, and share their resources.

When my family moved to the metro-Detroit area, we were not thinking “We need to avoid African Americans.” Individually, we were not thinking in an overtly racist way. And yet, the “urban center with a suburban ring” system in which we found ourselves, was created because of unjust attitudes and laws. Sin was at work in that system. Evil in the human heart is so great, that it flourishes in the systems we create and perpetuate.

When King began seminary in the spring of 1948, he was a fully committed champion of the Protestant Liberalism of the theologian Walter Rauschenbusch. Rauschenbusch was one of the leading proponents of the Social Gospel movement of the early 20th century. King became attracted to Rauschenbusch’s emphasis on Christian social activism.[1]

While growing up in Atlanta, King experienced first-hand the injustice dealt to the African-American community. As a result, he became increasingly frustrated with the “fundamentalism” of many preachers in the black church, who seemed to urge their parishioners to quietly accept injustice in the world as they waited for heaven.[2] On reading Rauschenbusch, King believed he had finally discovered a theology advocating a “socially relevant faith.”

Rauschenbusch, and the Social Gospel movement in general, sought to equate Christianity with certain moral principles, which could be used to promote social justice and better living conditions for all men. He wrote to combat the systemic evils of capitalistic exploitation and the industrial revolution. So far, so good.

However, for the Social Gospel movement, the Kingdom of God became equated with a certain political and economic system, which man on his own could bring about.[3] Along with this movement came the rejection of many important doctrines, such as Scripture’s inerrancy and the importance of Christ’s atonement for sin.

Initially, King embraced Rauschenbusch because he sought to apply Christianity to the “whole man,” rather than just his soul. Later, however, King came to reject the liberalism of Rauschenbusch for this reason: Protestant Liberals failed to recognize the natural wickedness of men.

Rauschenbusch promoted the idea that natural man was good and perfectible, if only they would imitate Jesus’ character. As a result, most Protestant Liberals bought into the belief that progress was “inevitable.”  Sin was limited purely to social systems, like capitalism.[4]

Because of his own experiences, however, King became convinced that man was innately proud and selfish. He came to believe along with neo-orthodox theologians like Reinhold Niebuhr that the “cult of inevitable progress” was a farce that blinded Protestant Liberals from seeing man’s evil. Niebuhr also helped King to see the “glaring reality of collective evil.” Yes, systemic sin was real, as Raschenbusch taught, but its source was the heart of man.[5]

As King looked back on the history of slavery, he saw “reason” used to justify cruelty. The reason that Protestant Liberals often saw as the key to social progress could be easily manipulated to serve wicked ends. [6]

As Christians seeking justice and loving mercy, it’s important to remember what King came to realize: Sin is real and it springs from the heart of man. “The LORD saw that the wickedness of man was great in the earth, and that every intention of the thoughts of his heart was only evil continually” (Gen. 6:5).

King also came to recognize that sin exists both in large systems (such as Jim Crow segregation) and in individual hearts. Today, many in the evangelical church tend to only emphasize the individual, to the expense of the systemic. As a result, we become blind to seeing the unjust systems that perpetuate the urban decay of a Detroit, MI or a Jackson, MS.

Only when we see how serious sin is will we understand how it infects every arena of life. Only then can we effectively apply the gospel of Jesus Christ to both individual human hearts, and human systems. 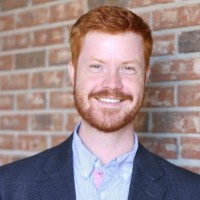 Alex Wright is a student at Reformed Theological Seminary in Jackson, MS. Originally from Rochester, MI, he hopes to partner with others in planting an inner-city multicultural church after graduation. He is passionate about multicultural ministry, history, and learning how to view every part of our existence through a biblical and Reformed lens.