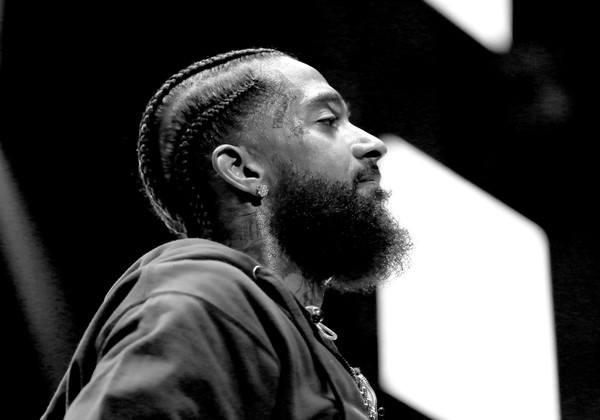 I’ve been a pastor for only a short time, serving at churches where the age demographic has been relatively young. Needless to say, I haven’t yet had the opportunity to eulogize anyone. I’ve listened to friends recount their experiences, but at the end of the day, I haven’t had the real-time experience of wrestling with a community’s grief, charged with providing some hope in the face of human mortality.

I’ve watched various preachers attempt to grapple with these moments, trying to somehow share hope in spite of the pain, anguish, even anger from family members and friends. There is something poignantly different about a sudden death. Here, I pray I can honor Ermias Asghedom’s life and offer some words of hope.

Last night, a text from one of my friends informed me that Nipsey Hussle was shot. It was an ambiguous text, no information yet as to how serious it was or his condition. Over the next 30 minutes, the texts became more grim. I frantically scanned Twitter and refreshed Google pages, trying to determine if this was as serious as it sounded (found out there was a video of the shooting circulating as well). Then I got the final text from my homie: “He died.”

I wasn’t prepared for how I would feel. Let me offer full disclosure: I would never claim to be an authority on Nipsey’s music. I heard of him over the years just as a touchpoint with hip-hop culture and heard a few songs, but hadn’t done a deep dive in any of his work. I’ve got friends who could speak and are speaking on this far better than I could. But I still couldn’t get past this deep sense of pain and loss I felt.

Although I hadn’t followed Nipsey for the past decade of his music, I’d heard his latest album “Victory Lap” from top to bottom. Easily one of the best produced hip-hop albums I’d heard in a decade, the overall tone of the album stuck with me. It gave a sense of arrival and a culmination of hard work. The song “Dedication” is one of my favorite joints. You could hear a young man who seemed to finally hit his stride. Even though I didn’t know him, I felt happy for him. Many others seemed to be cheering him on as well.

Now I know many may not find any redeemable quality to hip-hop because of its graphic content and seemingly negative imagery—this might not be a reading for you. I’m speaking to those who are able to apply nuance in listening to a person’s story and understand the circumstances that contribute to the way they communicate artistically. As a Christ follower, I think it’s important that we continue to hone the skill of listening and gain a sense of what is felt reality in this world.

There is something interesting about a well-known, well-respected person dying. You only need to survey the reactions from those across the hip-hop community to find out the measure of Nipsey’s impact. For me, it was an education. He was involved in restorative community efforts and had a forward-thinking perspective of personal/family success, but the evidence poured in from all directions in the aftermath of his death. Many on social media shared videos of him communicating his personal philosophy about music success, entrepreneurial strategy, historical education, and personal wellness. Many speculated about his death in connection to a documentary he was shooting about a controversial healing specialist named Dr. Sebi, who allegedly found a cure for AIDS.

What I take away from this tragedy does not rest with the narrative of gun violence. The circumstances around Nipsey’s murder are still being investigated and I don’t have enough information to speak on it. However, I pray justice is found for him and his family. He leaves behind a longtime girlfriend and children who will feel this for the rest of their lives. He was 33 years old.

I believe the hope in this story is found in the work he was doing. He was part of a group who created Destination Crenshaw, a museum honoring artistic achievements by African-Americans. Hussle also invested in a co-working space in South Central Los Angeles called Vector 90, which provided a place for youth to take classes in science, technology and mathematics. He was killed in front of his Marathon Clothing store. He was a community activist, entrepreneur, and artist.

Most of all, he was an image bearer that the Creator designed to accomplish his (God’s) purposes. Born Ermias Davidson Asghedom, his is a story of overcoming harsh circumstances to inspire hope. We all have pain and wrestled with darkness in our lives, and our remaining hope relies on the grace to see another day.

Nipsey’s time on earth may have come to a close, but we can say that he did inspire hope and lived a life God’s grace allowed. I pray we see the opportunity we have in front of us to respond to grace in redemptive ways, and may this young brother’s life cause us to do so with urgency. We never know when our story will end. 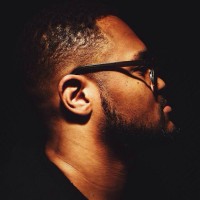 Previous Post
Hardship-Birthed Hymns: What Can We Learn From the Negro Spiritual?
Next Post
Captive Audience: A Black Woman’s Reflection on the Sparrow Conference