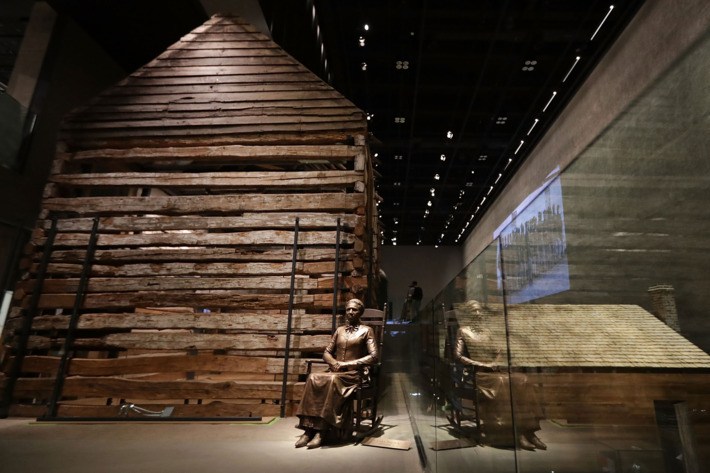 The NMAAHC and the Risk of Rightly Remembering the Past

On Wednesday, May 31st, someone left a noose on the floor of the National Museum of African American Life and Culture in Washington D.C. The symbolism of the act could not be clearer.

A noose represents the instrument of death often used in the thousands of lynchings of African Americans that took place in the late nineteenth and early twentieth centuries. Leaving a noose at the only national museum dedicated to unveiling and proclaiming the history of the African diaspora in America is an assault on the dignity of black people everywhere. Unfortunately, this act is just an extreme version of the risk historians take when they rightly remember the past.

America is a nation that prides itself on…itself. Academic historians dedicate themselves to recovering the past and retelling it in a way that reveals both the virtues and the flaws in the events and the people they study. While there is much to admire about the men and women who shaped this nation’s history, a country that only knows how to celebrate its successes lacks the ability to lament, and recoils at counter-narratives that speak of its failures.

The risk of doing rigorous history is especially high for those who study race in America. Nothing demolishes the idea of American exceptionalism more thoroughly than an honest account of how people of color have been treated in this country. Racism reveals the hypocrisy of a land founded on the “inalienable” rights of humankind, yet for centuries, denied those rights to an entire group of people. This is not the past many Americans want to remember.

Recovering both the agony and the agency of African Americans throughout U.S. history makes NMAAHC a prime target for resentment.

By chronicling the numerous achievements of people of African descent, the museum challenges the fiction of black racial inferiority. From Lewis Latimer’s pioneering use of carbon filament in light bulbs, to Ida B. Wells’s tireless efforts to expose and eliminate lynching, to the invention of blues music, African Americans have made American history. Black excellence clearly infuriates some people who are committed to the idea of their own superiority.

Black resilience is also a source of aggravation for white supremacists. Racists submit themselves to a faulty notion of a social hierarchy based on cultural differences and the arbitrary feature of skin color. To ensure the ascendancy of their ideology, they invent insidious methods of intimidation. Lynching, voter suppression, “separate but equal” education, and red-lining in neighborhoods are all tactics that have been and are still used to “keep blacks in their place.” But no amount of dehumanization on the part of racists has erased the dignity of black people.

The National Museum of African American History and Culture has an exhibit titled, “Making a Way Out of No Way.” It shows “how African Americans crafted possibilities in a world that denied them opportunities.” The exhibit is a microcosm of the museum itself. African American achievements and resilience are both demonstrations of how an entire people made a way out of no way.

No one knows the exact motives of the person who left the noose at the museum. Maybe it was an obnoxious teenager trying to be funny. Perhaps it was someone who wanted to hurt the museum’s attendance. Or it could be simple racism.

What is clear is that historians who talk about race have to possess a special kind of fearlessness. It has to be capable of taking on America’s most sacred idol: racism. Scholars who unveil the reality of racism in all its ugliness will always be the recipients of recrimination in a nation intoxicated with untruths about itself.

This is what the noose at the NMAAHC reveals. America has never fully committed itself to the idea that African Americans are actually Americans.  In some ways, they are more American than the imagined whiteness that supposedly characterizes the country. African Americans have been here longer, endured more, and given immeasurably to what makes this nation great. By telling the story of African Americans as active participants in the American story, the curators of the NMAAHC have become targets for racial recrimination.

Lonnie Bunch, the founding director of the museum, wrote a statement that presently exemplifies the legacy of African Americans of the past. It deserves a full-reading and in-depth pondering.

“The noose has long represented a deplorable act of cowardice and depravity—a symbol of extreme violence for African Americans. Today’s incident is a painful reminder of the challenges African Americans continue to face.

Our museum is a place of learning and solace, a place to remember, to reflect and to engage in important discussions that help change America. This was a horrible act, but it is a stark reminder of why our work is so important.”

The work of the historian is the pin that bursts the bubble of misguided national pride. Pointing out flaws is never a popular practice, but historians have a duty to their discipline, their subject, and society to the tell the truth. The act of honestly speaking about the past is an act of courage. To historians everywhere, your work is important. Stay the course.

Previous Post
Five Reasons Jason Whitlock’s Take on LeBron James and Racism is Wrong
Next Post
The Bible or the Bullet: James Meredith and the March Against Fear