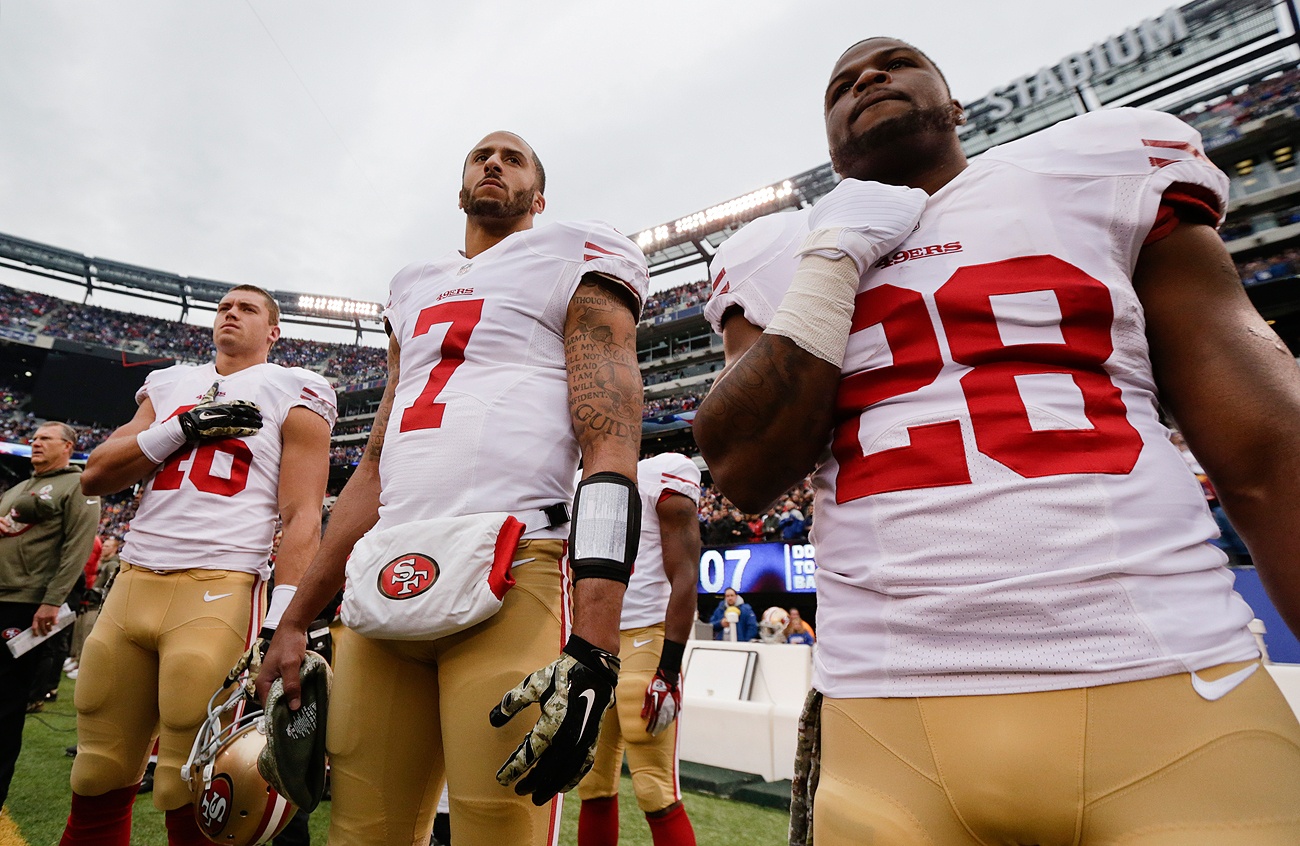 While his play on the field has suffered considerably over the past two seasons, causing him to lose his starting position, Colin Kaepernick, the once revered quarterback, famous for his flamboyant touchdown celebrations, has managed to remain a fixture in the media spotlight.

During the pre-game ceremony of the singing the national anthem, the quarterback remained seated, and in the post-game interview, he spoke candidly about not standing “… up to show pride in a flag of a country that oppresses black people and people of color.”

He was silently protesting what he deemed as unfair treatment and wrongdoings committed against African-Americans and other minorities in this country, stating that he would continue to do so until issues of systemic racism, economic inequalities, mass incarcerations, and the murder of unarmed blacks at the hands of police were addressed.

His protest was met with mixed sentiments. On one hand, NFL personnel, as well as coaches and players from the collegiate and high school level, have followed suit by kneeling or raising fists of solidarity during the Star-Spangled Banner at sporting events. On the other hand, his protest has been met with vitriol, with some critics challenging his patriotism, claiming that kneeling during the national anthem is both unpatriotic and an affront to the troops who’ve served our nation.

But is this a fair critique of his of his peaceful protest? This nation, while grappling with its hypocrisy of slavery, was founded on a protest. Was the Boston Tea Party unpatriotic in their protest of Mother England? Were the 200,000 men and women that descended on Washington on August 28, 1963, to hear Dr. King’s “I Have A Dream” speech unpatriotic? What about the woman’s suffrage movement that fought to grant women rights to vote?

No, these groups are revered for protesting the indignities of oppressed people groups. More than anything else, Kaepernick is exercising a constitutional right that many of his ancestors weren’t afforded; rarely are social protests welcome by the dominant culture.

Without a doubt, we, who enjoy the freedoms of America, owe a debt of gratitude to those who fought, sustained injury and died serving this country. Sadly, since the founding of this nation, millions of Americans have lost their lives to preserve the freedoms of the U.S.

While some may not like the manner of his protest, those who served our country did so for people like Kaepernick to enjoy the privilege of protesting against what they feel to be unjust. While some may not like his methodology, we must respect that his rights have been insured by the courageous men and women that served this country.

While some will continue to challenge his patriotism and the sincerity of his motives, we cannot ignore the lapel-grabbing truthfulness of his message – vulnerable people of color are systemically oppressed in the United States through, what the Princeton scholar Dr. Imani Perry calls, “post-intentional racism.”

It’s a contemporary understanding of racism that isn’t reduced to intentional acts of bigotry, subconscious prejudice, or the faulty belief of human determinism, but it’s a bird’s eye view of racism through a structural, institutional, and psychological lens. This form of systemic racism is based upon a particular set of assumptions and narratives that are socially constructed.

From an institutional perspective, consider Nixon and Regan’s failed War on Drugs campaign that disproportionally targeted men of color. Because of their failed efforts, drug use has remained relatively the same since it’s inception, but the likelihood of men of color spending time behind bars is exponentially higher than whites.

While blacks and whites use marijuana at the same rate, blacks are 3 times more likely to be arrested for possession. Economically speaking, black people have the highest rate of poverty among any people group in the United States, and black families possess 2.7 percent of the wealth of the typical white family. This disparity can be seen in housing, employment, and most glaringly, in the disproportionate number of unarmed African-Americans killed by police.

One of the most disturbing findings of the studies discovered that only 10 of the 102 cases of unarmed blacks killed resulted in an indictment of police officer, and of those 10, only 2 of those cases resulted in convictions of the officers involved. 1 of those officers received jail time for their conviction and was allowed to serve the one-year sentence exclusively on the weekends.

The Killing of Unarmed People of Color Has Continued

Police in Tulsa, Oklahoma released videos that showed the 40-year-old Crutcher, with his arms above his head when police shot and killed him in the street as he returned to his car. The video discredits the officer’s original claim that Crutcher ignored the officer’s warning to raise his hands, leading to the officer being charged with  1st  degree manslaughter.

The recent incidences of Philado Castillo, Alton Sterling, Korryn Gaines, and Keith Lamont Scott, along with the statistics, demonstrate the deep need for police reform and accountability in America.

Kaepernick isn’t kneeling to the chagrin of the valiant troops that served our country heroically; he’s kneeling to protest and say that the freedoms the troops fought haven’t been actualized for certain people groups. While some may not agree with his means of protest, we have to commend him on continuing to keep these issues at the forefront of this nation’s conversation.

Next time, I’ll discuss police reform, and some actionable steps to see the change in our communities. Until then, let’s mourn with those who mourn, and weep with those who weep until justice is realized. 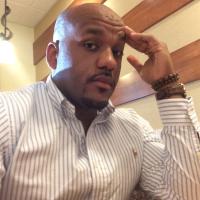