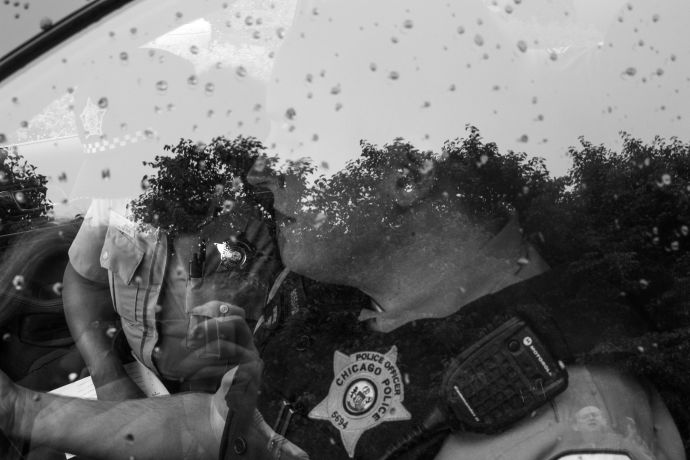 Pray for the Police

Our country has again witnessed the tragedy of gun violence. This month, white cops shot and killed black men in Baton Rouge, Louisiana and in St. Paul, MN. A black sniper murdered white policemen and a Latino policeman in Dallas, Texas, while injuring both white and black civilians and cops. Most recently, a gunman assassinated three cops in Baton Rouge. The facts of these shootings are continuing to be investigated. But these shooters appear to have targeted cops.

The recent shootings of the policemen came after disturbing videos revealing white cops shooting black men for questionable reasons. Strong rhetoric against the police involved in these shootings immediately hit traditional media outlets and social media. The rhetoric quickly shifted from criticisms of the specific policemen involved in the shootings of Alton Sterling and Philando Castile, to sharp critiques of the entire institutional structure of the police.

A question that Christians should be asking themselves during these troubling times is what does God’s word say is an appropriate posture toward the police or toward any institution or person who rules in authority over us? There are many different answers to this question. And, I would argue, that the answer that Christians apply from the many answers the Bible presents to us could vary based on the context and the social setting in which we find ourselves at a particular time in history. However, I think prayer is an answer that would always be applicable in any context.

Paul the apostle wrote to Timothy to give him clear instructions as to how to correct error and how to appoint leaders in the churches in Ephesus. In 1 Tim. 2:1-3, Paul explains to Timothy some things that Christian communities should be in the societies in which they live. He urges Timothy that the Christian communities should pray for all people. I quote the verses:

First of all, therefore, I urge you to make petitions, prayers, and thanksgivings be made for all people, for kings and all who are in high positions, so that we may lead a peaceful and quiet life with all godliness and respectability. This is good and acceptable in the sight of our Savior, God, who desires all people to be saved and to come to the knowledge of the truth (1 Tim. 2:1-4).[1]

A few observations from this text are instructive for Christians regarding an honorable response toward police and toward others in positions of authority in these troubling times in the U.S.

Paul urges that we pray for “all people” (2:1). All people can also be translated as “all mankind.” This commandment refers to all people with respect to race, class, and social status. Paul makes this point clear when he says that we should pray for “kings” and “all who are in high positions” (2:2).

Paul states our prayers should include “thanksgivings” (2:2). Yes, Christians should hold all people accountable when they perpetrate any form of injustice, while also thanking God for all people who rule well over us for the purpose of upholding justice for all people. Christians should pray for those who fail to rule well over us. There is no contradiction between holding unjust police, unjust leaders, and unjust civilians accountable, while also thanking God for the good police, the good leaders, and the good citizens in our communities.

Paul states that Christians should pray for all people, for kings and for those in high positions, so that “we” would lead a peaceful and quiet life with respectability and dignity (2:2). When Christians pray for those who rule over us in high positions in society, God may use our prayers to keep them from harming us. This doesn’t mean that our prayers will always provide peace. But one reason there isn’t more chaos is because of a faithful God and the faithful prayers of God’s people. And, perhaps, in addition to unjust social structures that continue to marginalize certain groups of people, one reason why there is currently much moral chaos in the lives of the leaders who rule over us is because Christians are not fervently praying for them.

Christians should not respond to violence or injustice with more violence and injustice. Instead, we should pray for God to help all people in high positions to rule well and pray for him to bring them to social and divine justice if they do not. If Christians throughout the world would pray for those who rule over them, then God might be pleased to use our prayers to enable these rulers to rule in a just and honorable way so that Christians can faithfully live out their faith as members of society, and so that we may lead lives of godliness and dignity in every way (2:2).

And yet, he asserts boldly that these Christians should pray fervently for those who rule over them. They should offer prayers of thanksgiving, supplications, and intercessions with the intended purpose and result that they would be allowed by those who rule over them to lead a peaceable, godly, and dignified life (2:1-2). Our prayers might also serve as a means by which unjust institutional structures and unjust people underneath those structures will be changed to uphold justice.

Paul’s exhortation to Timothy applies to 21st century Christians living in a country divided by race, filled with all forms of injustice, in the midst of a divisive and vitriolic political season, and latent with various uncertainties. Christians should hold those who rule over us accountable in ways that will honor the gospel of Jesus Christ, as we let our voices be heard whenever we see injustice, in ways that are consistent with the fruit of the Spirit (Gal. 5:16-26).

Christians do not please God when we fight violence with violence, injustice with injustice, and sin with sin. Rather, he is pleased when we pray for all people, even when some of those within the group for whom we pray are agents of injustice. God is pleased when we pray for all people because he is the Savior of all kinds of people and desires “all” kinds of people to be saved and to come to the saving knowledge of the truth of the gospel (2:4).

Christians, don’t follow the ways of the world during these national times of civil unrest and racial division. Always act in ways that are in step with the whole gospel of Jesus Christ when correcting injustice and working for justice for all people.

May our first act be to pray for the salvation of the police who rule over us and to pray that they will do their jobs well and to pray that God would keep them safe as they work to uphold justice, so that we would lead peaceable and quiet lives by means of godliness and respectability

[1]All translations of biblical texts are my own.

5 thoughts on “Pray for the Police”