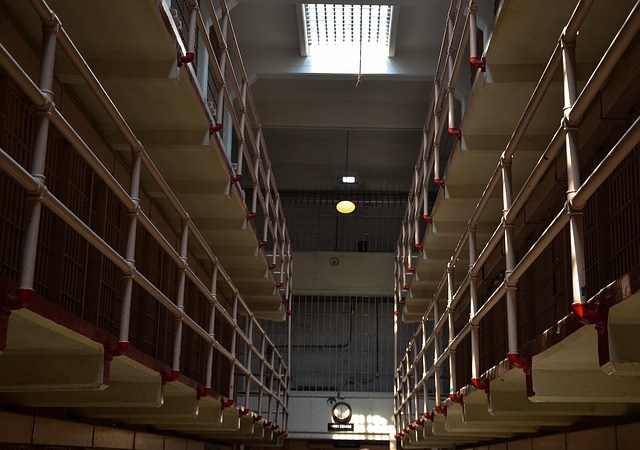 Injustice and the Death Sentence

The Death Penalty is a constant source of political and Christian debate. Like many conservative evangelicals, I upheld the death penalty and even admired those states that instituted more streamlined paths to complete the death sentence. I’ve since changed.

Two recent realizations showed me that while I still support the ability and authority of the government to wield the sword (Rom. 13:1-4; Acts 25:11), I now do not support the use of the Death Penalty in America until significant changes are made in our criminal justice system.

What changed? Well let me parallel John 8: 1-11 and the statistics provided by the equal justice initiative (www.eji.org) and the Death Penalty Information Center (www.deathpenaltyinfo.org) to assert my position.

John 8 opens the scene with Jesus in the Temple when a woman, reported to be found in the “act of adultery”, is dragged before Him. The act means they posed that someone witnessed the actual act of sexual intercourse being committed.  Now since this cannot happen alone, the first irregularity is that only the woman is brought before Jesus. Why wasn’t the man brought too?

The simple but sad answer is that women in those times were a marginalized population, treated as the lower class compared to men.  The execution of a woman would have little more weight to it than the killing of an animal.  The Pharisees decided to use a woman to “test Jesus” mainly because no one would care if she was unjustly executed.  She was a woman stripped of her Imago Dei, marginalized and disposable.

America has a real history of slavery and subsequent racism against people of color. Blacks were seen as disposable. No one cared about the lives of the slaves beyond economic impact.  We had to be reminded of the Imago Dei of black men through the “I Am A Man” rally cry of the 1960’s. This cry stemmed from two black men being crushed to death in a garbage truck while being forced to hide in the trash to escape a storm.

Today, black males make up 13% of the population, but 43% of death row inmates. Though only 50% of the victims are white in all murders, over 75% of the cases where the victim was white have resulted in a death sentence. So when a black man is found guilty of murdering a white victim, he is disproportionally given the death penalty when compared to a white person being found guilty of murdering a black person. Like the woman in the story, we are presented with the realization that blacks are marginalized and, in many ways today, seen as disposable. The ghosts of white supremacy coupled with the power held by whites in our criminal justice system still result in oppression of the black community.

Back to John 8, we now see that this is a laughable trial that is being performed by a lawless mob. No witnesses were identified, which was required by Mosaic law, and Jesus is not a judge able to give a death sentence. This marginalized woman was dragged in front of a mob for a lynching type trial and Jesus is put in the middle.

Consider that since 1973, 156 people have been released from death row. That’s 156 Imago Dei preserved from wrongful death. In fact, for every 9 people executed, 1 person is exonerated.  Why are they exonerated? The EJI has proven in their cases that “wrongful convictions have been found to result from erroneous eyewitness identifications, false and coerced confessions, misconduct by police and prosecutors, inadequate legal defense, false or misleading forensic evidence, and perjury by witnesses who are promised lenient treatment or other incentives in exchange for their testimony.”

Can we really say that a fair trial is occurring on a consistent enough basis to enact the death penalty when 1 in 10 convictions are overturned because of this level of corruption? Beyond this, many cases involving a black man on trial for murdering a white person are decided by an all-white jury. Is that really a jury of his peers in today’s racially charged society? Can we really say that with the weight of a human life, the image of God in the balance that we are consistently conducting a fair trial in America?

The point of the passage is not to abolish the death penalty, but the point is that righteousness and justice are now based on the grace found only in Jesus.  Jesus clearly saw a marginalized person that was being put through an unfair trial that could result in her death and interceded to show us the perfect picture of justice and grace.

Interestingly enough, the woman was guilty of a capital crime as Jesus replies at the end to “go and sin no more.” At this point, Jesus could have brought her before the correct authorities and had a formal trial, but He let her go and simply told her to live righteously in light of the grace shown to her.

When this thought is combined with the Biblical truth that justice should be based on the grace found in Jesus, can we still support a system that is broken enough that 10% of those sentenced to death are potentially innocent due to corruption? Can we support a system that seems to disproportionally execute the marginalized? Can we instead use the additional hundreds of millions of dollars it takes to enforce the death penalty, and invest it into our urban communities? Can we? Can YOU?

“You may choose to look the other way but you can never say again that you did not know.” 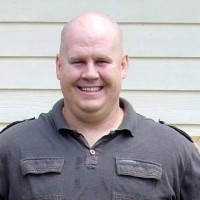 Paul has been working as a youth and college/young adult ministry leader for 15 years. Paul lives on the East Coast of Florida with his beautiful bride Kristin, and the father to two beautiful children.

2 thoughts on “Injustice and the Death Sentence”