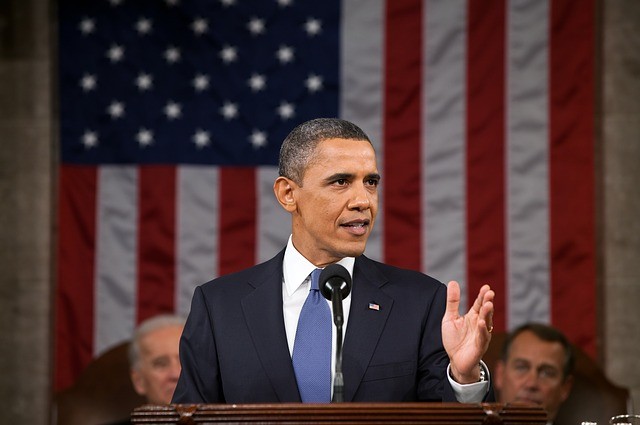 I, on the other hand, though hopeful that the next four years will be prosperous for many, spend the final days of President Obama’s presidency saddened that the first (and possibly the last during my lifetime) black presidency will soon end. I list 6 reasons below for my sadness.

The words of the Civil Rights movement, “We shall overcome someday” have been a powerful reality with the Obama presidency. Who would have thought the same country that enslaved, exploited, lynched, and segregated African-Americans would elect an African-American President? With many prayers, blood, sweat, tears, and deaths of black and white people within American history, a multi-racial black man is about to end an 8-year presidency.

Obama’s presidency proves that racism can in fact be overcome in a racist society. Yes, race relations are bad in America as we come to the end of a black presidency. And yes, racism has been proven to be a much deeper problem than we ever thought in a post civil rights America. But we still have a black presidency—proof that at some level, the democratic process empowered the nation to overcome certain racist political tendencies, even if only for 8 years.

This does not mean all who voted for Obama are without racism in their hearts, nor does it mean that those who refused to vote for Obama are racist. But my point is despite racism in America, we still have a black president. And the refrain from the Civil Rights movement has, at least partially, come to pass.

As an African-American man with a multi-ethnic heritage and a multi-ethnic family, I’m so proud to see an articulate, honorable, smart, educated black and multi-racial man, who is also a loving husband and a respectable father, serve in the highest office of the United States.

And yet, repeatedly, President Obama and Mrs. Obama have handled many racist criticisms and much disrespect from many Americans from different races with class and dignity. The Obamas made me proud to be brown skinned. And for the past 8 years, I could say (even though I disagree with many of his political decisions) that my president looks like me and has a similar up bringing (i.e. black, multi-ethnic, and comes from humble circumstances and means).

And he understands better than any other president before him what it’s like to be black, brown, and marginalized in a racialized society.

The divisive rhetoric during the election season empowered some white supremacist hate groups. On the one hand, I trust in God’s sovereign hand to uphold and sustain all things according to his perfect will. I am a Calvinist after all. However, on the other hand, I sincerely fear what the next 4 or 8 years will bring for many black and brown people and other marginalized groups.

Will mass incarceration increase? Will families be ripped apart due to mass deportation? Will other marginalized groups become even more marginalized? Will hard working and loving Muslim families and other groups be the object of hate crimes because of how white supremacy has become part of the American political rhetoric?

Ethnic Diversity in the “White” House

I remember the day when my young son, no older than 1, made his way over to the television set, touched the screen and uttered the words “President Obama” as the president gave a press conference.

My son was born into a United States into a multi-ethnic black and brown family where a black man is the president. His world is one in which his daddy is a black NT scholar and professor, his mom is a Hispanic woman who works in finance, and a black man is his president. He doesn’t have to live his life wondering whether brown or black skin is capable of achieving an ivy league education, a PhD, a job in finance, or becoming the president. He knows, because his mother and I teach him, he can do anything God wants him to do and because he has seen black and brown people in high positions of influence in each of his 8 years of life. With God, we tell our son, all things are truly possible for him as a brown man.

Because of President Obama’s ascension to the White House, many black and brown boys from humble circumstances have come to realize that education is important, hard work does generally pay off, and a black and brown man should set high goals and have high aspirations because they are achievable. And my son has seen this firsthand for 8 years of the Obama presidency.

One of President Obama’s greatest accomplishments was marrying First Lady Michelle. She, like her husband, handled racism with class and dignity. And she gave many black and brown girls and women many reasons to believe that there is no shame in being black, brown, or female. Mrs. Obama showed us for 8 years that black and brown are truly beautiful, and by no means inferior. She also showed us that a woman can be strong, intelligent, black, and a loving and supportive wife and faithful mother at the same time. Her class and integrity will certainly be missed by many.

President Obama was certainly not a perfect president. And I often disagreed with his politics and with certain policies. But for this black and multi-racial man, he was a president of whom I could be proud most of the time. His character, kindness, generosity, and his concern about issues that effect black and brown communities and other marginalized communities will be missed by me.

Previous Post
Sola Scriptura (Scripture Alone)
Next Post
When the Darkness Closes In: A Christian’s Journey through Depression