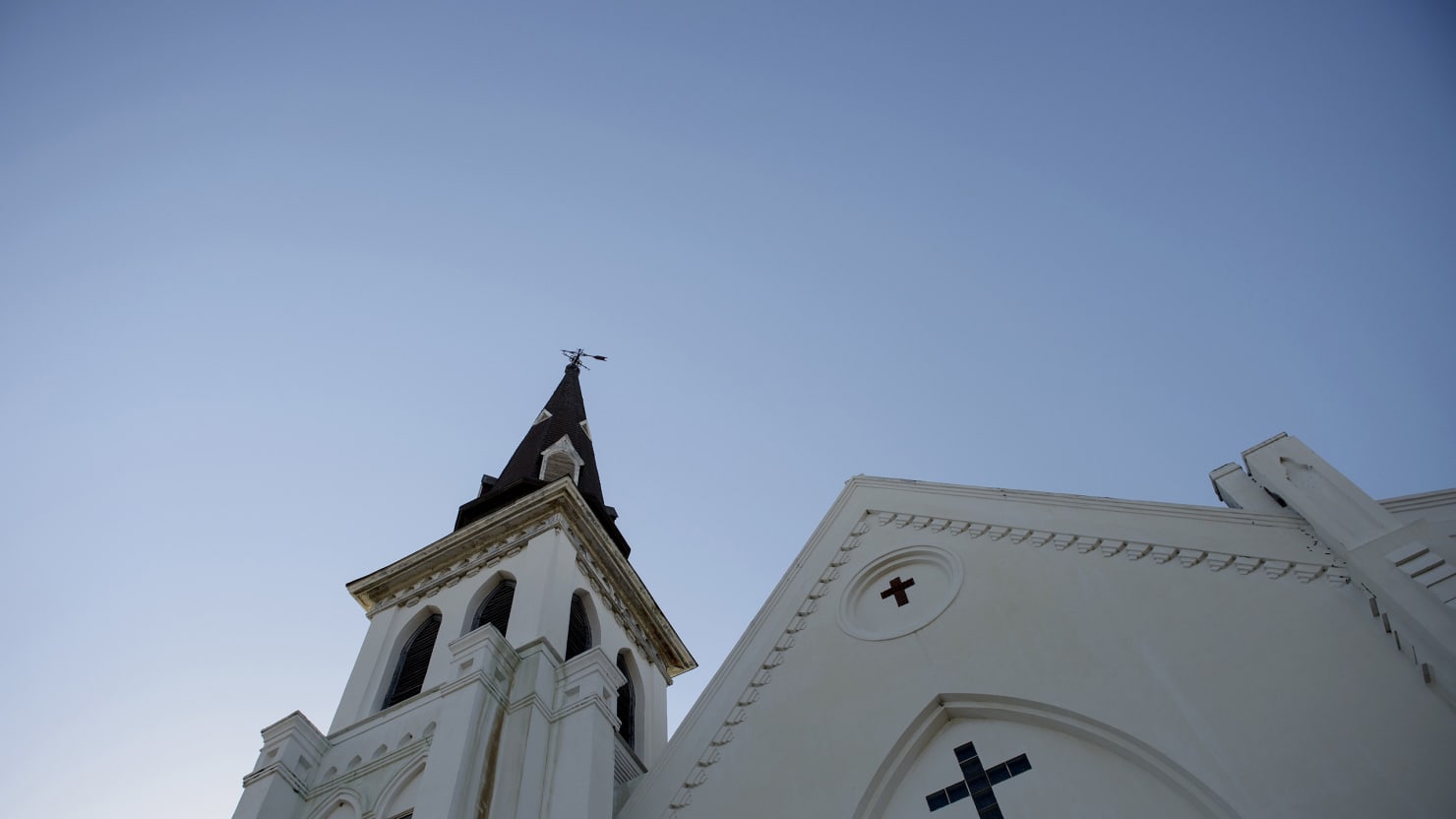 Reflections on the Anniversary of the Murder of the Emanuel Nine

June 17 marks the anniversary of the murder of the Emanuel Nine. A white supremacist sat through a Bible study at the historic Emanuel AME church in Charleston, South Carolina and then he started firing. In the end, nine black believers lay dead.

We say their names:

The killer left no doubt that this was a hate crime. Just before he began shooting witnesses reported that he said, “I am here to shoot black people.” When someone tried to confront him he said, “You rape our women, and you’re taking over our country. And you have to go.”

In January 2017, a jury sentenced the killer to death.

I had a chance to visit Emanuel AME church a few months ago. I was in Charleston to speak at a Christian conference on racial unity. As my hosts gave me a tour of the city, one of the first stops we made was to Mother Emanuel.

I stood on the narrow sidewalk in front of the church and tilted my head straight back to see the top of the steeple. I noted how much the church stood out on the block with its pure white walls. Then I placed my hands on the exterior of the church. I could feel the living history in the bones of the ancient edifice that has stood for decades as a center of black dignity and liberation.

In 1822, Denmark Vesey, one of the church’s founding members, was convicted of plotting a slave revolt and hanged. The revolt reportedly involved thousands of slaves and would have been the largest such uprising in the nation. A mob of enraged white people later burned down the original church.

American irony has Mother Emanuel adjacent to and sharing a parking lot with a historically white church that slaves built. Those same slaves were not allowed to sit in the main gallery of the church but white members relegated their African American co-religionists to the balcony.

Almost 200 years after the Denmark Vesey uprising and almost two years after the murders at Mother Emanuel, I stood in the pulpit of the church next door that slaves built and preached a messaged of biblical reconciliation.

Racism Is Still the American Way

The day before the anniversary of the Emmanuel Nine, jurors rendered a not-guilty verdict in the trial of the officer who shot and killed Philando Castile. Castile’s girlfriend, Diamond Reynolds, was in the car, as was her four year-old daughter in the backseat. That didn’t stop the officer from feeling his life was in mortal danger and it didn’t stop him from shooting into the car seven times and killing Castile. Reynolds broadcast the immediate aftermath on her cell phone while her boyfriend sat slumped in the seat and dying.

Just a few days before news of the acquittal, national news outlets closely followed the proceedings at the annual meeting of the Southern Baptist Convention, a denomination founded to preserve the “right” of white missionaries to hold black slaves and preach the gospel of Jesus Christ to black and brown people abroad. Initially a committee rejected and then passed a revised resolution condemning the alt-right, a white supremacist ideology designed to exalt the white race and subordinate all other people groups. As a black man observing the events from afar, I had to question my status in America’s version of Christianity.

Racial Progress and the Reinvention of Racism

The slayings at Emanuel AME sparked a surge or long-overdue reforms. It served as the impetus to finally remove the confederate flag from the statehouse grounds Charleston. Black people and their allies have long viewed the Confederate flag as the symbol par excellence  of white supremacy. The murder of nine black people in a Bible study finally convinced enough white people that the Confederate flag might actually represent not heritage but hate.

Mayor Mitch Landrieu cited the Mother Emanuel tragedy as part of the motivation for his bold stand to take down the Confederate monuments in New Orleans. Landrieu first started calling for the monuments to come down less than a week after the Emanuel Nine were killed.

But let’s not use racial progress as a reason to ignore the ways racism reinvents itself.

The terrible events at Mother Emanuel spurred the creation of the Charleston Syllabus, an edited volume of essays and primary documents related to race in America. In an essay entitled, “The Condition of Black Life is One of Mourning,” Claudia Rankine says,

“The Charleston murders alerted us to the reality that a system so steeped in anti-black racism means that on any given day it can be open season on any black person—old or young, man, woman, child…We can distance ourselves from this fact until the next horrific killing, but we won’t be able to outrun it. History’s authority over us is not broken by maintaining a silence about its continued effects.”

Remembering the Past, Envisioning the Future

It is a crushing reality to realize that only the most egregious racial transgressions provide the opportunity to correct obvious racial wrongs. It took the murder of nine people to take down a damnable flag. What will it take to improve public education for poor black and brown children? What will it take to ensure the criminal justice system actually dispenses justice? What will it take for everyday men and women to denounce white supremacy in all its varied expressions?

An anniversary, even as one as somber as the slaying of the Emanuel Nine, grants us the opportunity to re-assess race. Perhaps our memories of a painful past will give us the vision for a future of hope and healing.
Tagged racism, Civil Rights, white supremacy, history, Emanuel Nine, Emanuel AME