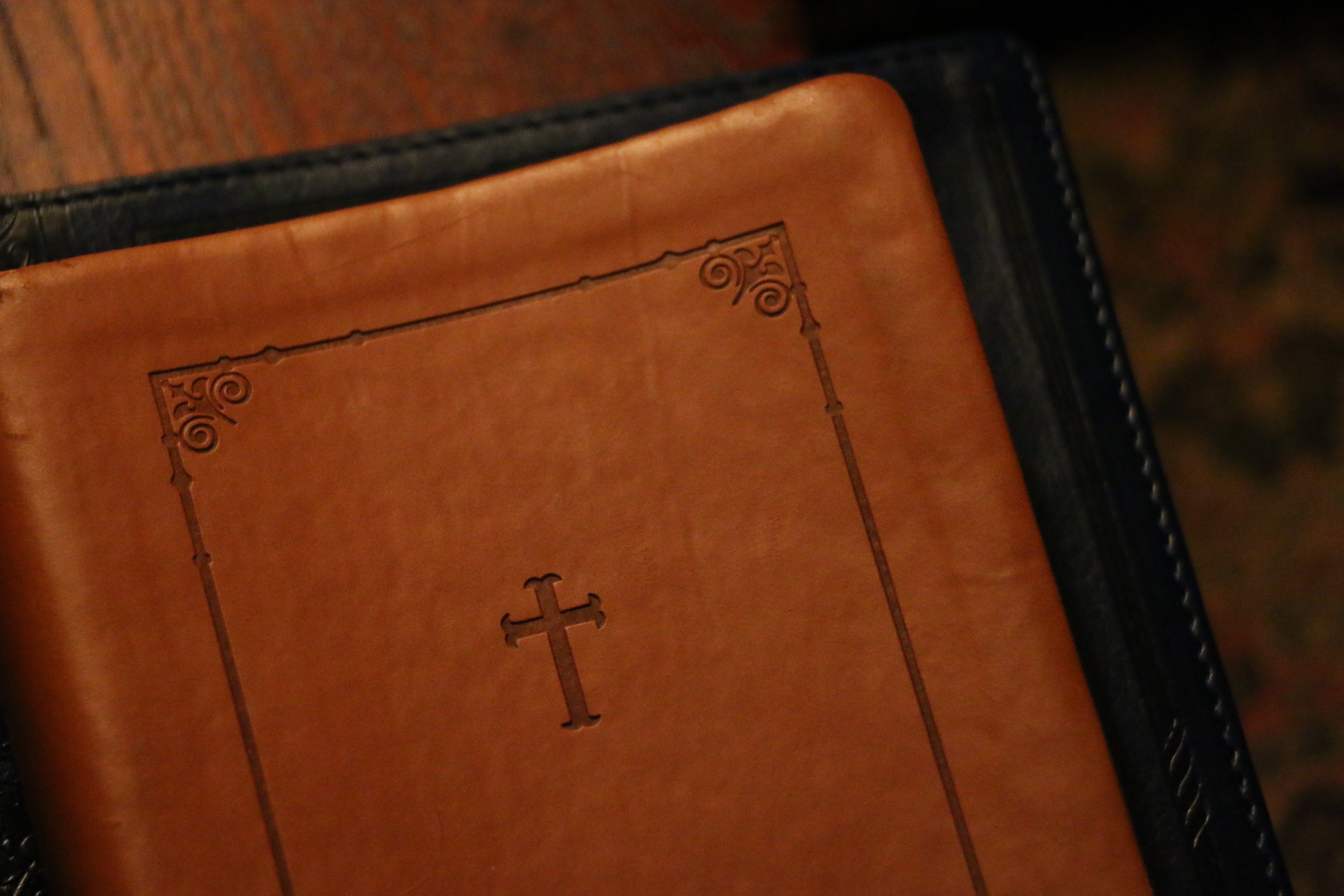 Reflections on Justification by Faith in this New Presidential Year

A new year brings new expectations, challenges, hopes, and dreams. This particular new year of 2017 will soon bring a new president. We’re days away from the inauguration of President-elect Trump. And this brings fear to some and jubilation to others. But in this new year filled with so many uncertainties and expectations, Christians should take heart in the objective fact that we are right with God (i.e. justified) through faith in Christ.

Paul mentions justification in Gal. 2:16 in a context of Jewish and Gentile table-fellowship. If Galatians is Paul’s first canonical letter, this is the earliest place where justification occurs in any of his letters.

Gal. 2:16 is emphatic because it mentions justification three times, possibly faith two times, and it contrasts justification by faith with justification by works two times. These remarks could suggest that 2:16 is the nerve verse of the entire section of 2:11-21. That is, Paul provides the central premise and reasoning of 2:11-21 in 2:16, a premise that provides the theological foundation as to why Peter’s actions of withdrawing from table-fellowship with Gentile Christians were wrong and depicted he was not walking in a straightforward manner in the truth of the gospel.

Paul’s intent in Galatians is neither to put law and grace against each other nor is it to refute a so-called Jewish legalism, for many Jews in Paul’s world would have understood God’s act of grace to precede in generating law-observant works within the covenant community of Israel (e.g. Dead Sea Scroll 1QS 9:10-11:20; 1QH 4:34-37).[1]

Rather, Paul’s intent is to encourage the Galatians to continue in obeying his gospel, which centered on the cross and resurrection of Jesus. His argument in Galatians against works of law (=deeds done in obedience to the Mosaic law to mark off Jew from Gentile and deeds done with the hope of participating in the age to come) is that they do not serve as a basis for approval in God’s judgment now that Christ has come.

Five Thoughts about Justification by Faith in Galatians

First, the verb dikaioō, translated as “to justify,” means to declare to be in the right. The verb is a forensic/law court term, and it communicates the idea of a divine verdict in God’s law-court (cf. Rom. 3:20-22, 24). Although I affirm the concept of imputation as an important part of Paul’s soteriology, the Greek verb translated as “to justify” does not translate from Greek into English as imputation.[2] The Greek verb occurs in contexts where the judge condemns the guilty to be in the wrong and declares the innocent to be in the right (Greek version of Deut. 25:1; 2 Sam. 15:4; 1 Kgs. 8:31-32; Prov. 17:15; Isa. 5:23).

To be justified means to be declared not guilty in the divine court of law. Paul bases the verdict exclusively on faith as how Jews and Gentiles lay hold of salvation in Jesus.

Second, in Gal. 3:6, Paul uses a cognate noun dikaiosunē (translated as “righteousness” in English) to affirm that Abraham’s faith in God was counted to him as righteousness (cf. Rom. 3:21-4:25). The noun comes straight from the Greek version of Gen. 15:6. There God reiterates the promise to Abraham from Gen. 12:1-3 that he would bless Abraham. Abraham, old and barren and married to an old and barren wife, did not ultimately know how God would fulfill this promise. Yet, by faith Abraham believed God’s promise. The forensic/legal context of justification is strong in Gal. 2:16 since Paul states that one is justified by faith apart from “works of law” (=Torah observance) and since Paul uses the same verb in 3:11 to deny that one is justified in God’s presence by works of law.

What is Faith According to Paul?
For Paul, faith is not simply acknowledging the veracity of facts. Instead, faith in Galatians is closely associated with an obedient walk in the Spirit (Gal. 3:1-29; 5:16-26). Therefore, Paul emphasizes those who walk in the Spirit (i.e. those who have been justified by faith) will inherit the kingdom of God (5:16-21; esp. 5:21).

In Galatians, faith refers to one’s commitment to God’s saving action in Christ, a commitment that places one in the Spirit-empowered age (3:2-5; 5:16-26), by yielding to him in faithful obedience until the end of one’s life or until the end of this present evil age (cf. 5:16-24; 6:15).

Fourth, justification in Galatians is a future verdict that has invaded this present evil age. In 2:16, Paul mentions justification with a present tense verb (dikaioutai) and with a future tense verb (dikaiōthēsetai). In my view, the present indicative might refer to the already nature of justification. The future verb could simply be a declarative future. But the future verb appears to affirm that justification is ultimately a future verdict declared at the end of history—with current realities in this present evil age (cf. 1:4; 2:19-20; 5:4)—that God will pronounce in the judgment upon those who are united to Christ by faith (2:17, 21; 5:5).

The future nature of justification is supported by the future verb in Gal. 2:16 (“will be justified”) and Paul’s remarks later, “We await by the Spirit the hope of righteousness” (5:5). This hope of righteousness refers to the future certainty of justification, in which we participate now in this present evil age by faith in Jesus because of his death and resurrection (1:1, 4; 2:16; 3:13-14, 29). Paul states in 5:4 that those who seek justification by law in the current age have been severed from Christ and have fallen from the grace of the gospel. Those who await the hope of righteousness do so by the Spirit. The Spirit is experienced now by all who have faith in Jesus (3:2-14; 4:6).

Fifth, in Galatians, Jesus’ death and resurrection achieve justification for those who believe in Christ. Gal. 1:1 states that God raised Jesus from the dead, which assumes his death. Gal. 1:4 explicitly states that Jesus gave himself “for our sins” to deliver us from this present evil age. Gal. 2:16 emphasizes that Jewish and Gentile sinners are justified by believing in Jesus instead of by doing works of law. Gal. 2:17 states that Jewish and Gentile sinners are seeking to be justified in Christ. Gal. 2:21 affirms that Jesus’ death requires righteousness to come by faith instead of by law. Otherwise, grace is nullified (2:21). Gal. 3:2-5 asserts that the Galatians experienced spiritual blessings by faith instead of by works of law. Gal. 3:13-14 suggests that Jesus died to redeem Jewish and Gentile sinners from the curse of law so that both groups would inherit the Abrahamic blessing of the Spirit.

Sisters and brothers in Christ from every tongue, tribe, people, nation, and from every political stripe, be encouraged by this fact in this new year as we anticipate the inauguration of a new president. You are right with God by faith in Christ, the proof of which is your walk in Spirit-empowered obedience to Jesus. Confidently live for Jesus in this new year and rest in this great hope of justification by faith.

[1]This is a very debated statement within New Testament scholarship. For my analysis, see Jarvis J. Williams, For Whom Did Christ Die? The Extent of the Atonement in Paul’s Theology, Paternoster Biblical Monograph Series (Milton Keynes, UK: Paternoster, 2012).

[2]My point here is lexical instead of theological. I affirm imputation as an element within Paul’s soteriology, but dikaioō does not mean imputation. There’s actually a different Greek verb that communicates the concept of imputation: namely, logizomai (=to reckon/consider/count).

Previous Post
“Show up. Dive in. Stay at it.”–Reflections on President Obama’s Farewell Speech
Next Post
God Cares About Ethnicity