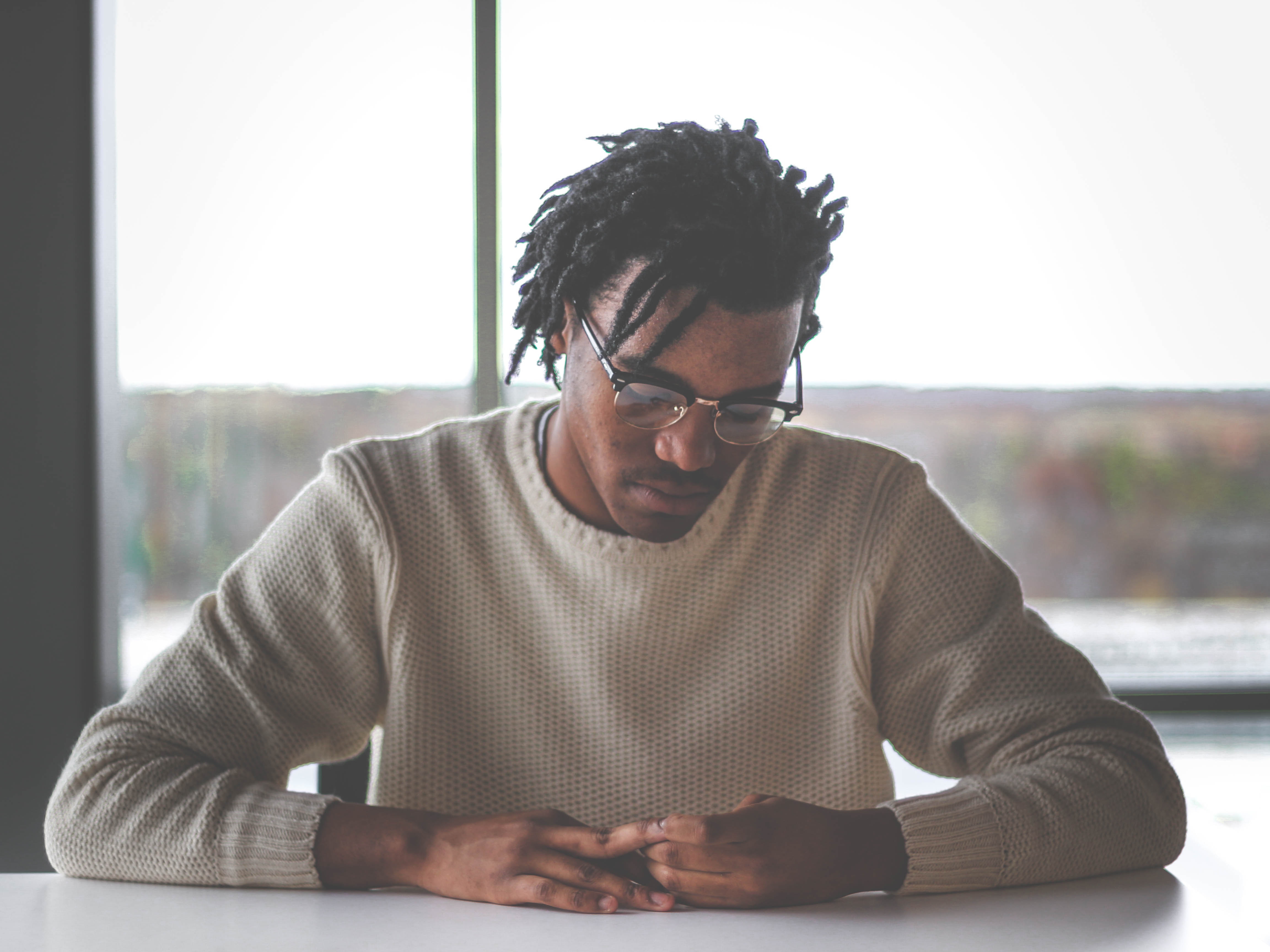 Reflections on Suffering and the Sufficiency of Jesus’ Grace in 2018

Second Corinthians teaches us much about the sufficiency of God’s grace in suffering in the context of Paul’s defense of his apostolic gospel. Paul talks about the sufferings he experienced as an apostle of the cross of Christ and the comfort that he and other Christians experience when we suffer so that we would be able to comfort those in every affliction with the comfort we ourselves are comforted by God (2 Cor. 1). He emphasizes throughout the letter that his sufferings bear witness to the glory of the new covenant in Christ (2 Cor. 2-5). And he appeals to the Corinthians to be committed to the gospel of the glory of Jesus Christ and to purify themselves from the defilements of the flesh (2 Cor. 6-7).

In chapter 12:1-10, Paul discusses the supernatural experiences and revelations God gave him. Evidently, he received these revelations on more than one occasion (cf. Acts 9, 16; Gal. 1:14-15). Paul does not explicitly say he was the one who received these revelations of paradise in vv. 1-5, but in vv. 6-10, he connects the surpassing greatness of the revelations with the thorn in his flesh that was given to him to keep him from exalting himself. Thus, it seems likely that the man who saw great revelations and about whom he speaks in the third person in vv. 1-5 refers to himself. In v. 5, Paul says he will boast about the revelations he received, but he would not boast on behalf of himself. Rather, he would boast in the revelations in connection with weaknesses (v. 5; cf. 11:16-33). He connects these weaknesses with suffering for Christ in vv. 9-10.

Boasting in the Greco-Roman World: One of the most important extant works on boasting from the first century AD is Plutarch’s work titled “On Praising Oneself Inoffensively.” Plutarch clearly states self-praise is deplorable and shameless (539D). He says self-glorification is unacceptable when employed to gratify one’s ambition and one’s appetite for fame (540A). However, Plutarch at times affirms self-praise or boasting under certain circumstances (to cast aside pity, to defend oneself or to answer a charge, when pleading for justice, or to build up the reputation of the one speaking) (541A-F) (Watson, “Paul and Boasting,” 81).

Boasting in 2 Corinthians: In 2 Corinthians, Paul’s opponents are boasting in their strength (11:12, 21) and shaming Paul’s weaknesses (10:1-18). However, God inflicts Paul with suffering for the gospel of Christ so that he would boast in Christ in his weaknesses, although he’d rather boast in his privilege and in the strength that comes from the surpassing greatness of the revelations of paradise (cf. 11:21, 22-33). But as Jesus says to Paul in 12:9, his grace is sufficient for Paul in his weaknesses precisely because of the gospel, as Jesus’ power is perfected in Paul’s sufferings on account of the gospel.

Thorn in the Flesh for the Purpose of Keeping Paul from Praising Himself (2 Cor. 12:7)

In order to keep Paul from praising himself, from deviating from the glory of the gospel of Jesus Christ, God inflicted Paul with God-centered and Christ-exalting pain, pain so deep that Paul pleaded with Jesus three times to take it away. Yet, each time Jesus said no, because his grace is sufficient in the moment of suffering in order to perfect the power of Christ in Paul’s weakness/suffering that comes because of preaching Christ!

Boast in Weakness (v. 9)? When Jesus decided not to answer Paul’s prayers, Paul boasted in his weaknesses he suffered for Christ. What?! To boast in weakness does not mean you boast because you are weak or because you suffer. It does not mean we ignore injustice or “just” preach the gospel to those who suffer without any regard to help alleviate their suffering (cf. James). Turning a blind eye to injustice and suffering would be contrary to the teachings of Jesus and other commands in the NT (see, e.g., the Sermon on the Mount). Christians should care deeply about and seek to help the vulnerable and those victimized by injustice as much as we are able. And Christians should help when able to alleviate the suffering of all people, especially the suffering of God’s people (cf. Gal. 6:9).

To boast in weakness means we praise not ourselves when we suffer. Instead, we praise God for the power of Christ manifested in us when we suffer for Christ, as we endure suffering for Christ (2 Cor. 1-6). This interpretation is supported by Paul’s remarks in vv. 9-10.

In v. 9, Jesus says his grace is sufficient for Paul in his weaknesses that come to him because he preaches the gospel. In v. 9, Jesus says the reason his grace is sufficient is because “power is perfected/made fully mature in weakness.” God’s powerful and resurrecting grace becomes fully mature in the lives of Christians when we suffer. Jesus’ power made manifest through his resurrecting and transformative grace proves itself to be strong in Christians’ lives in times of suffering as his powerful grace sustains us in and carries us through our suffering.

In v. 9, Paul then says he will boast in his weaknesses “so that Christ’s power would dwell in him.” And he says in v. 10 that he is “content” with weaknesses. By these two remarks, I believe Paul means his boast in and his contentment in his weaknesses due to his gospel preaching proves that the power of Christ dwells in Paul. Paul is, therefore, content in the power of Christ manifested through him in his suffering for his proclamation of and living in obedience to the gospel of Jesus Christ, who suffered (crucifixion) and who experienced inexpressible joy (the resurrection).

In v. 10, Paul explicitly connects his weaknesses to the diverse sufferings he experienced because of the gospel of Jesus Christ, or as he says “on behalf of Christ.” He says he is content with his weaknesses, because “whenever he is weak” because of Christ, “then he is powerful” in Christ. The latter is true because Jesus’ grace gives Paul the power that he needs when he suffers for the gospel to continue to boast in the gospel, the center of which is the suffering of the Christ (the cross) (2 Cor. 5:18-21) and the resurrection (1 Cor. 15:1-8).

The sufficiency of grace is also true for Christians embarking upon a 2019 filled with all sorts of uncertainties and fears and joy and pain. If God brings into our lives inexpressible pain or inexpressible joy, we must remember God’s transformative grace and resurrecting power will enable us to endure our suffering.

In 2018, maybe Jesus said no to us about some things. Maybe we have a thorn in the flesh. If we’re suffering today at the end of 2018 and when we suffer in 2019, do NOT suffer in silence. Run to the gospel. Pursue help from God, from Jesus, from the Holy Spirit, from the church, and from others who have access to God’s resurrecting and transformative grace and his common grace resources. When we suffer in 2019, remember again and again God’s grace will be sufficient just as his resurrecting and transformative grace was sufficient for us in our suffering in 2018.

May God give us his resurrecting and transformative grace upon grace in 2019 as followers of Christ. And may we extend this grace to those who need it the most in 2019 instead of spending our days in the new year boasting in ourselves!

[1]A longer version of this article was preached in sermon form by Dr. Jarvis J. Williams at Sojourn Community Church (Midtown) in Louisville, Ky. Unless otherwise indicated, all translations of ancient texts in this article are mine. For information on the Greco-Roman world, I consulted and used material in Duane F. Watson, “Paul and Boasting,” 77-100 (in Paul and the Greco-Roman World: Trinity Press International, 2003, ed. J. Paul Sampley).