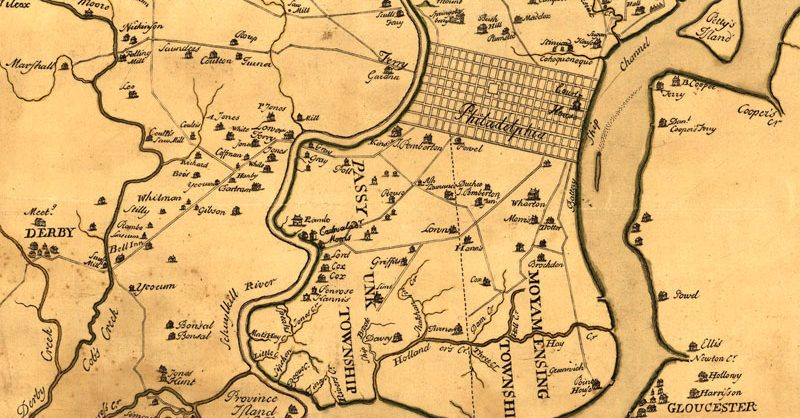 Many have heard of Bishop Richard Allen (1760-1831), the influential co-founder of the African Methodist Episcopal Church, who famously led a mass exodus of African-Americans out of the largely white St. George’s Methodist Church after they were prohibited from praying at the altar.

In January of 1794, Allen, along with another minister named Absalom Jones (1746-1818), became the first black authors to be published, writing a pamphlet entitled “A Narrative of the Proceedings of The Black People, During the Late Awful Calamity in Philadelphia, in the year 1793.” Although this achievement was significant for blacks, it came as the result of overt racism during one of Philadelphia’s darkest moments.

In the fall of 1793, the city of Philadelphia experienced one of the worst plagues it had ever encountered: yellow fever. The epidemic, which was carried by mosquitoes on incoming cargo and slave ships, quickly spread throughout the city, eventually killing 5000 people between the months of August and November of 1793. Nearly 100 people were dying each day at the height of the epidemic.

Yellow fever caused half of Philadelphia’s citizens, both national leaders and the wealthy to flee the city. This left many poor whites and the majority of the African-American community in the deathly clutches of the plague.

Although many blacks remained in the city during the yellow fever epidemic, by early September, none had become ill. Richard Newman, author of “Freedom’s Prophet ” (a biography on Richard Allen) notes that this led Dr. Benjamin Rush, a renown physician and signer of the Declaration of Independence to “mistakenly believe that blacks had an immunity to the cursed fever.”[1]

Under this assumption, Rush wrote to Richard Allen requesting that blacks, with the hopes of expelling racism and promoting the cause of abolition, aid ailing white citizens. Rush believed that God’s providential hand was at work through this horrible epidemic in favor of African-Americans and the cause of racial equality.[2]

Even though blacks would eventually succumb to the yellow fever epidemic at the same rates at whites, Rush’s pleading to Richard Allen and Absalom Jones was enough to convince them that blacks could play a vital part in the care taking and nursing of the plague’s victims. This was done in the hope that white citizens would return the same kindness and concern for them.

Black nurses and workers spent the rest of the epidemic’s duration sacrificially caring for victims, both black and white. They attended to the sick, buried the dead, handled infected clothes and linens – all while receiving little to no pay for their labors and placing their own health at risk. Many continued to endure the horrors of racism while preforming their duties.

Throughout this epidemic, Philadelphia’s black community displayed the sacrificial love and kindness of the gospel to their neighbors and enemies. While blacks were caring for the lives of many of those who reviled and disdained them, infected whites were placing their fragile lives in the hands of those who had every cause to display hostility and vengeance. Both whites and blacks would face a myriad of emotions in their encounters with one another.

Benjamin Rush may have been wrong about black’s immunity to yellow fever, but he was right concerning God’s providential hand at work in the epidemic.

In spite of all their efforts during the yellow fever epidemic, the black citizens of Philadelphia received little to no commendation. Many were willing to thank the handful of black leaders such as Allen and Jones for their labors, but the black community was largely viewed as “the help” rather than “the saviors” in this event. Even worse was when Matthew Carey, a white publisher and economist in Philadelphia who fled the city during the yellow fever epidemic, published a best-selling pamphlet recording the events of the plague.

In Carey’s pamphlet, he painted the blacks of Philadelphia, who served in the aiding of the sick, as “the vilest”.[4] Carey accused blacks of extorting whites, stealing, and plundering their homes during the epidemic. Carey never mentioned very many specifics in his writings. Together with his renown along with his race, Carey would ultimately control the narrative of how blacks would continue to be viewed negatively in the nation’s capital, and in society at large. But not if Richard Allen could help it.

As yellow fever subsided in Philadelphia, and as Richard Allen’s body regained strength, so did his vigor to fight for blacks who had been stereotyped, stigmatized, and marginalized by Carey’s poisonous portrayal of them. Allen and Jones would respond to Carey’s writings with a rebuttal of their own, published in January of 1794, and they would change the narrative that for so long had worked against them.

In the opening lines of their pamphlet, Allen states that “…we are solicited, by a number of of those who feel themselves injured thereby, and by the advice of several respectable citizens, to step forward and declare facts as they really were…” [5]

Throughout each page of Allen and Jones’ pamphlet, they tell the verifiable eyewitness accounts of their labors during the plague, detailing expenses, money received, and even specific personal testimonies from nurses and workers. Allen records men and women who refused to take pay for their services; some who died due to exposing themselves to corpses; accounts of workers consoling orphaned children who watched their parents die; accounts of assisting widows who couldn’t remove their deceased husbands’ bodies from their homes; and a fourfold increase in African-American deaths due to the detrimental effects of their services.

Contrary to Carey’s attempt to, in the words of Allen, “make us blacker than we are”[6], Allen acknowledged the very few number of blacks who were “guilty of plundering the distressed…”[7] while noting that it was “impartial and injurious”[8] to only mention their crimes, and not those of whites.

In an effort to defend the cause of the maligned, Allen and Jones documented the conduct of, as many, if not a greater number of whites who acted criminally and inhumanely towards one another and towards blacks who attempted to administer care. Allen and Jones “unpleasantly” recorded that white men and women had extorted and plundered many times, on top of displaying aggressive and unfriendly behavior, and yet this fact was nowhere to be found in Carey’s pamphlet.[9]

In describing the “unfriendly conduct” of whites, Allen’s point was not to vilify them as Carey had done to blacks, but show that these actions were owed to “the frailty of human nature, and not to willful unkindness, or hardness of heart.”[10] Though they were treated harshly, slandered, and misrepresented by whites, Allen and Jones understood the weakness of humanity, and expressed a level of compassion towards those who were in suffering.

In summary, Richard Allen and Absalom Jones serve as examples not just of great African-American progress in their authorship, but as servant-leaders who alleviated suffering, while fighting against racial injustice. Rather than retaliate or retreat from the cries of those who perceived them to be inferior, they engaged the afflicted in kindness and compassion. Rather than succumb to the stigmatization put forth by the narrative of their enemies, these men changed the narrative, standing for truth and racial equality.

The sacrificial service of the African-American community during the yellow fever towards those who were their enemies is ultimately reflective of the gospel that points us to our sacrificial savior who served His enemies and died in their place.

This is only a small story in the larger picture of the fight against racism, but it encourages us to display the grace of the gospel at all times, and to change the negative narratives of racial injustice and inequality that continue today.

[4] Richard Allen and Absalom Jones., A Narrative of the Proceedings of the Black People, During the Late Awful Calamity in Philadelphia, in the Year 1793., p.16

2 thoughts on “Bishop Richard Allen and Changing the Narrative”