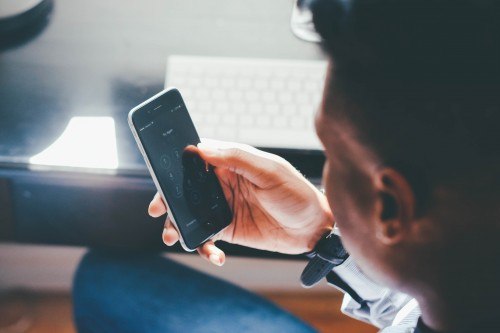 The above answer radically contrasts with contemporary behavior. Men and women sexually exploit each other and use each other for booty calls. Merriam-Webster defines booty call as “a phone call made to someone to arrange a sexual encounter.” Booty calls are also calls between friends with benefits.

Too many people have “friends with benefits” relationships, participate in booty calls, or cohabit with each other outside of the context of marriage. In other words, there is a devastating breakdown of the family in communities. I realize there are many social and economic factors to sexual behavior, but the fundamental issue is always sin. Too many people have an unbiblical understanding of marriage and sex. And they degrade themselves, instead of committing themselves to each other within the context of the marital covenant. In this piece, I want to urge readers who find themselves in this situation to pursue sexual purity within the context of marriage, and to resist giving or receiving a booty call.

Men
Genesis 1-2 makes it clear that God created male and female in his own image, blessed them, and commanded them to be fruitful and to multiply (see Gen. 1:27-28). In the context of Genesis 1-2, human sexual relations are reserved for one man and one woman within the context of a covenant relationship. This point is clarified in Gen. 2:18. There God says “it is not good for man to be alone.” Thus, the Lord made him a helper fit for him. One reason it was not good for the man to be alone is because he could not procreate and experience sexual intimacy with the other aspects of creation not created in God’s image (see Gen. 1-2).

However, with a helper similar to but different from him, the man was able to enjoy sexual pleasure and to procreate within the context of a covenant union before God. After God created the woman from the rib of the man (Gen. 2:21-22), the man said with reference to her that “this is, at last, bone of my bones and flesh of my flesh; she shall be called Woman, because she was taken out of the Man” (Gen. 2:23).

The narrator’s conclusion is that “therefore, a man shall leave his father and his mother and hold fast to his wife, and they shall become one flesh” (Gen. 2:24). As a result of their special union within a covenant relationship before God, their nakedness did not shame them (Gen. 2:24). The apostle Paul picks up on this narrative in Eph. 5:22-33 when he uses marriage between one man and one woman as an analogy of the relationship between Christ and his church.

Men, the bible does not give you permission to sexually exploit women as booty calls or to use them as friends with benefits. Rather, the bible assumes marriage as the normal context within which men and women will cohabit with each other and engage in sexual relations. For example, husbands should love their wives as Christ loved the church and died for her (Eph. 5:25). The bible defines love as a sacrificial action based on the benefit and good of another (e.g. John 3:16; Rom. 5:8), not as an emotion based on selfish feelings or desires.

Paul’s statement in Ephesians 5 assumes marriage and asserts that husbands should be willing to lay down their lives for their wives by sacrificially dying for them, just as Christ Jesus died for his church. Husbands should also love their wives as they love themselves (Eph. 5:28). Specifically related to sexual relations, Paul states the sexually immoral will not inherit the kingdom of God (Eph. 5:5; 1 Cor. 6:9). The sexually immoral are those who have extra-marital sex, but they are also those who have sex outside of the context of marriage. The sexually immoral are those who participate in all forms of unbiblical sexual relationships, which includes booty calls.

Men, if you want to glorify God in your sexuality, repent of your sexual sins, follow Jesus faithfully, stop participating in booty calls, and glorify God and enjoy him by pursuing sexual purity within the covenant of marriage.

Women
Women are too created in the image of God. God created you to beautifully display his glory. One way women can display God’s glory is by giving themselves to one husband within the context of a martial covenant. Under no circumstances should you allow yourselves to be sexually exploited by making or answering a booty call. You are much more important than that, and God values you much more than that.

If the man of your dreams genuinely loves you, he will marry you, and he will not pressure you to sin against Jesus by participating in sexual promiscuity. Instead, he will urge you, encourage you, and help you to remain sexually pure until you both commit to each other in the context of marriage.

If you’ve already given into booty calls, then stop, repent, and flee to Jesus. If you make booty calls, stop, repent, and flee to Jesus. This is God’s will for you: “your sanctification—that you abstain from sexual immorality” (1 Thess. 4:3). Women, as you pursue sexual purity in faithful obedience to Jesus Christ, you present yourselves as honorable heirs of eternal life in Christ Jesus. However, if you do not repent and continue to participate in booty calls, you reveal that you do not belong to Jesus and will fall short of inheriting the kingdom of God (Eph. 5:5).

Women, if you are married, glorify God by regularly participating in the joy of sexual relations within the context of your marriage. But if you are not married, stay sexually pure until you enter into the covenant of marriage. If you’ve failed to remain sexually pure, there is grace at the cross of Jesus Christ. You can repent and find freedom by the power of the cross and resurrection as you rely upon the Spirit (Rom. 6; Gal. 5:16-21). Those in Christ can be emancipated from the slavery of sexual immorality that they produce. Ask Jesus to help you, and ask strong sisters in Christ to help you resist the urge to make or answer a booty call.

God did not create you to be a booty call or to be friends with benefits. Rather, he has designed you to glorify him and to enjoy him forever. Sexual intimacy glorifies God only when it is experienced within the covenant of marriage between one man and one woman. May God help you not to answer or to make booty calls for his glory!

Previous Post
Under Our Skin
Next Post
Pass The Mic: Black Panther And The Longing For A Hero King