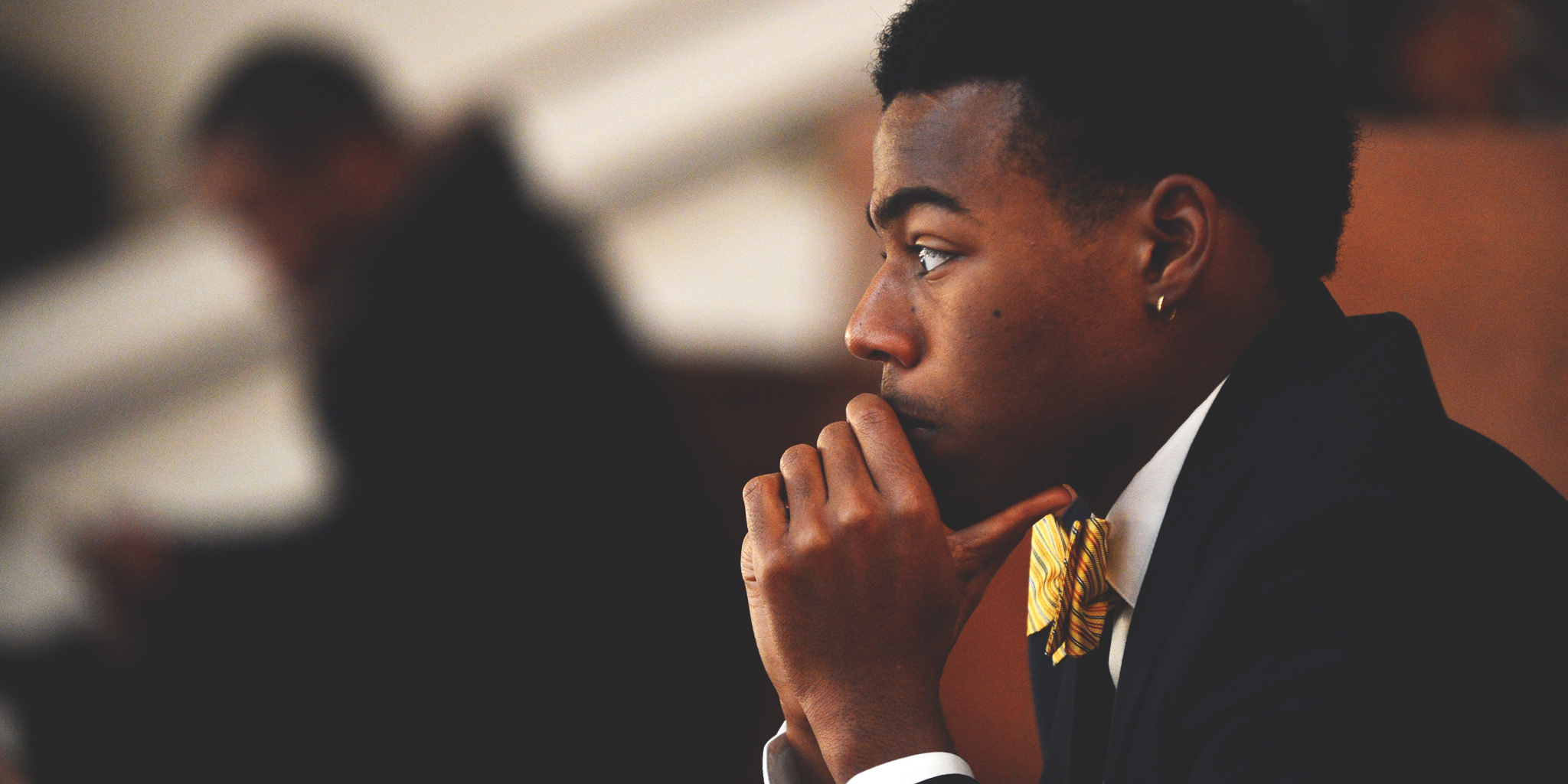 Southern Baptists, Race, and the Gospel

Outrage over the controversial deaths of Michael Brown, Eric Garner, recent racially motivated incidents on university campuses, and the tragic shootings of Walter Scott and Eric Harris have sparked numerous conversations about race and justice. Evangelical voices have increasingly entered into this conversation. The ERLC of the Southern Baptist Convention (SBC), the largest Protestant denomination within the evangelical movement, had a two-day leadership conference in March focusing on the gospel and racial reconciliation. This conference, in part, took place because evangelicals, and specifically white Southern Baptist evangelicals, have historically been on the wrong side of the race issue. The SBC was founded in 1845 because of Southern Baptists’ affirmation of slavery. The denomination did not officially repent of its involvement in slavery until 1995.

In general, some evangelicals who are keen on the race issue propose that the gospel and responsible gospel action are the solutions to the current racial divide in this country and beyond. I am an African-American Southern Baptist scholar with a multi-racial heritage. I published a book called One New Man (B&H Academic, 2010) where I made this very point. Another set of evangelical biblical scholars, Kenneth Mathews (white) and Sydney Park (Asian) published The Post Racial Church (Kregel, 2011) and made a similar point. However, when one listens to the different perspectives on race, gospel, and racial reconciliation that come from the pulpits of the evangelical movement in general, and from Southern Baptists in particular, one might wonder whether they really know what they are talking about.

Certain Southern Baptists view racial reconciliation as a social issue instead of a gospel issue because of an incomplete understanding of the gospel and race. For example, Randy White, a white Southern Baptist pastor in Texas, wrote a piece in 2014 titled “I Don’t Understand the Evangelical Response to Ferguson.” He argued that racial reconciliation is not a gospel issue but rather a social issue. He limited his definition of race to skin color. He strongly criticized fellow Southern Baptists Matt Hall (Southern Seminary), Russell Moore (ERLC), Eric Mason (Epiphany Fellowship Church), and Ed Stetzer (Lifeway) for suggesting, in light of the sad events in Ferguson, that the Christian gospel speaks to issues of race and racial reconciliation.

Jesus likewise emphasized many horizontal elements of the gospel when he asserts that he came to preach the gospel to the poor, oppressed, and captive in fulfillment of Isaiah 61:1 (Luke 4:18-19). The entire gospel of Luke reveals that Jesus preached as good news that the poor, the sick, the rich, the marginalized, and any other “other” who repents and follows him (i.e. vertical realities) can enter into the kingdom of God, but they must live as a unified people of the kingdom in obedience to King Jesus (i.e. a horizontal reality), the Savior of all people who repent and follow him (Luke 4:18-13:9). In essence, Jesus preached racial reconciliation as part of his gospel message (Matthew 15:21-28; Mark 7:1-37; Ephesians 2:17).

Southern Baptists in general and evangelicals in particular need to develop a biblical theology of the gospel, tracing the concept of gospel from the Old Testament to the New Testament. In addition, they should teach and preach the whole gospel, emphasizing how the mysterious gospel in the Old Testament has now been fully revealed to the church via the apostolic and Spirit-empowered ministry of the apostles and the prophets (Ephesians 2:11-3:13). The gospel includes both entry language (repentance and faith, justification by faith and reconciliation with God, death and resurrection of Jesus [Romans 3:21-5:11; 1 Corinthians 15:1-8], etc.) and maintenance language (walking in the Spirit [Galatians 5:16-26], reconciliation between Jews and Gentiles [Ephesians 2:11-3:8], and loving one another in the power of the Spirit [Galatians 5:13-14; 6:1-2]). Walking in the Spirit is a gospel reality because Jesus died for our sins to deliver us from this present evil age (Galatians 1:14), so that Jews and Gentiles would receive the blessing of Abraham (Galatians 3:14a), which is the Spirit (Galatians 3:14b). Thus, to walk in the Spirit is to live out the gospel reality of the new Spirit-empowered age for which Christ redeemed Jews and Gentiles (Galatians 1:4; 3:13-14; 6:16).

Southern Baptists in general must also labor to broaden their understanding of race as an ancient social construct and as a modern social construct. As Love L. Sechrest demonstrates in A Former Jew (T&T Clark, 2009), race in the ancient biblical world was a social construct based on specific characteristics that had nothing to do with skin color. And, as Richard Bailey demonstrates in Race and Redemption in Puritan New England (Oxford University Press, 2011), race was a social construct in the modern world in Puritan New England based upon racist assumptions of whiteness and non-whiteness. This racist social construct was a product of 18th-19th century racist European theories of race. However, the category of race was socially constructed for different reasons and in different ways in the ancient world in comparison with the modern world.

Southern Baptists have come a long way on race relations since 1845. I am a proud black, multi-racial Southern Baptist. I became the first person of color to join Hindman First Church (an SBC church) in Hindman, Kentucky in 1996. I came to faith in Jesus Christ through the ministry of this all-white SBC church and began to see racial reconciliation personified in this all-white SBC church as the brothers and sisters there ministered to me and my family in the name of Jesus and as they nourished me in the faith and in my calling into the ministry. Furthermore, I am privileged (to my knowledge) to be the only African-American New Testament scholar teaching at any Southern Baptist seminary or institution of higher education. Therefore, Southern Baptists who rightly understand and promote gospel-centered racial reconciliation as a gospel issue are very dear to my heart, and the ethnic diversity that exists in the SBC should be commended. The ERLC Summit on the gospel and racial reconciliation was a significant step forward in Southern Baptist life in pushing the denomination closer toward gospel-centered racial reconciliation. The fact that the ERLC Summit was even so bold to speak of the SBC’s dark past on race, its disappointing present, and its promising future on this issue were significant moments in the SBC.

But the voices at the ERLC Leadership Summit on the gospel and racial reconciliation and the voices of some of us within the SBC do not represent a consensus in our denomination. In my view, at the moment, evangelicals in general and Southern Baptists in particular must do a better job at defining the gospel, race, and racial reconciliation, and we must be intentional about pursuing racial reconciliation. We must do a better job of living out the gospel of racial reconciliation in community with real people in both church and society. A few ways evangelicals and Southern Baptists can get even closer to gospel-centered racial reconciliation than they are is rigorously analyzing ancient texts and the Bible on this issue to see how the biblical world constructed race, discussing how race was constructed in SBC life, and by continually listening to ethnic minority voices within the evangelical movement who have thought long and hard academically and practically about the race issue—how it intersects with the gospel, and how this intersection applies today in the 21st century. This means that the white majority within the evangelical movement and the SBC must share their privilege and power with those sensible voices within the underrepresented minority group members of the movement. And they must welcome these minority voices at the leadership table whenever and wherever discussions about the gospel and race happen. In addition, evangelicals and Southern Baptists must also listen to those marginalized minority voices in their churches who suffer real systemic problems in this world because of their racial identity. If we do these things as a denomination, we could be a leading voice in the evangelical movement in gospel-centered racial reconciliation.

I pray that my fellow Southern Baptists will lead the evangelical movement toward the promised land of gospel-centered racial reconciliation. And I pray that God will raise up more people of color within the evangelical movement and within the SBC to lead this movement toward gospel-centered racial reconciliation for the glory of God, for the glory of Jesus Christ, for the good of the church, and for the salvation of the nations.