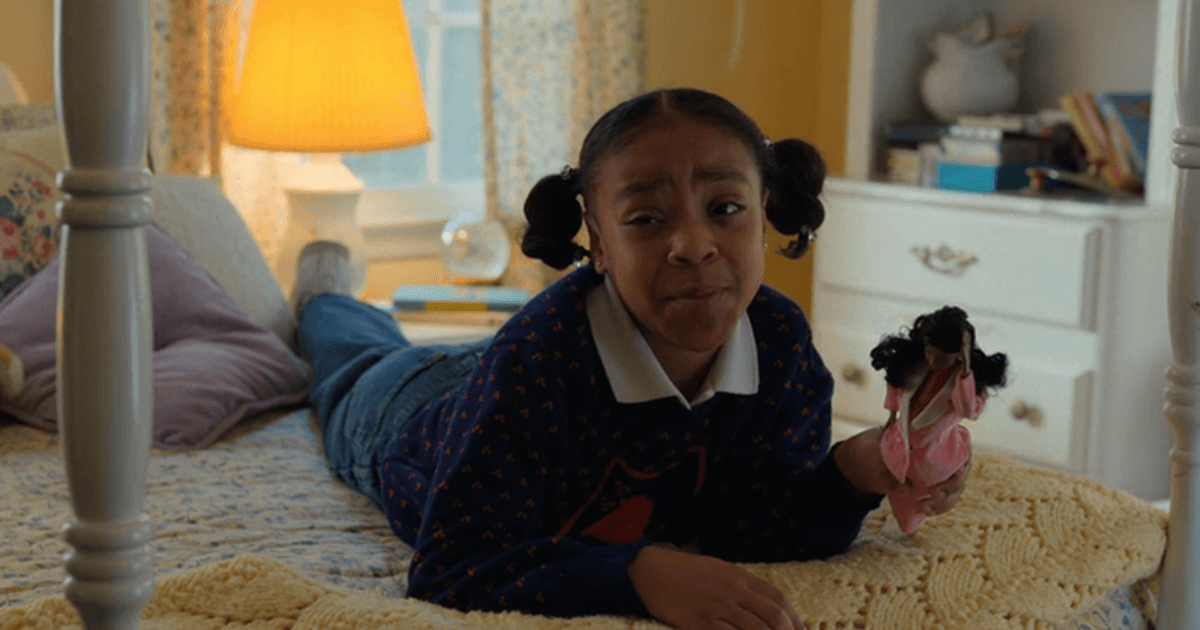 Stranger Things and The Sinclairs

After finishing season 2 of Stranger Things (in 2 days), I was impressed. Sequels or additional seasons don’t often live up to their predecessors, but Stranger Things 2 builds on the suspenseful sci-fi narrative of season 1 that doesn’t disappoint. There were several things I enjoyed about season 2 and each episode was filled with its share of, well, stranger things.

One of the most impactful things from Stranger Things 2 wasn’t the Upside Down, the Shadow Monster, or even Eleven’s powerful abilities. What impressed me most actually isn’t anything strange at all but it was something beautiful and rare to see on-screen: Lucas Sinclair’s family.

If you’ve seen the series, you’re probably familiar with the different family structures. The Byers family is made up of Joyce, a single mom, with her two sons: Jonathan and Will. In season 2, Joyce is dating Bob Newby (a.k.a. Bob the Brain), a Radio Shack owner and one of the nicest people in Hawkins, Indiana. Jim Hopper, Hawkins’ sheriff, plays the role of a single father to the hidden Eleven. Mrs. Henderson is a cheerful yet oblivious single mother who is more concerned about her “lost” cat than her only child, Dusty.

Season 2 also includes the Hargroves, a blended family including Billy, an unhinged, upper-classman, and Billy’s younger stepsister Max. Although the Hargroves’ appear to be a functional blended family, Billy and Max have a hostile relationship, and Mr. Hargrove has an intense and possibly abusive relationship with his son Billy.

Lastly, there are the Wheelers, who, continuing from Season 1, are the epitome of parental obliviousness, and Season 2 depicts them as oblivious to each other.

In the midst of all these families in Season two, there’s one family scene that stands out from the rest.

It is of a black family, the Sinclair family, simply eating breakfast together. Although the Sinclairs technically live right next to the Wheelers, they were largely absent from the series last season. So with their first major appearance, it was exciting to see a two-parent black family gathered around the table for breakfast!

The first thing you see is Lucas’ little sister, Erica (who is now the most popular character on the series and probably needs her own spin-off) drenching her french toast in syrup (something I’m still guilty of) on the plates that all black parents had in the eighties.

Mr. Sinclair is reading the newspaper (mini-fro, thick mustache and all) and Lucas, frustrated at his girl problems, asks his father, “Dad, when Mom is mad at you, how do you make her not mad?” Mrs. Sinclair with her locked gaze on her husband immediately chimes in and says, “Hmm, that’s a great question. How do you, hun?”

Without looking up, Mr. Sinclair responds, “First, I apologize; then, I get your mother whatever she wants.” Lucas responds “Even when she’s wrong?” Without a moment’s hesitation, Mr. Sinclair drops the paper from his face, looks at Lucas and says in classic black Dad fashion, “She’s never wrong, son” to which Mrs. Sinclair then says “That’s right!”

Lucas proceeds to leave the table and starts rushing out of the house before he’s asked the question that parents seldom ask on this show, “Where are you going?”

There’s nothing special or token about this scene. What actually excites me is how ordinary it is. It’s spot on in its portrayal of just a regular moment in many black households. Eating together, laughing together, witnessing healthy marriages, learning about life from black fathers, receiving those firm looks of correction from black mothers – all things that families experience, but many of these experiences are not depicted within our society.

There has been a lack of representation regarding facets of African American culture. I’m thankful for shows throughout the years such as The Cosby Show and Family Matters or present shows such as Blackish. They, along with this scene from Stranger Things, represent the flourishing of black families among a society that often overlooks the ordinary African American, middle-class, two-parent households and often promotes the narratives of fatherlessness and poverty within the African American community.

There’s a place for these stories as well, but so often assumptions are drawn and conclusions are made from negative depictions about African Americans that are largely one-sided.

I’m thankful the producers of Stranger Things chose to depict Lucas and his family in this way. Although he is the one minority among his friends, he’s comfortable in his own skin and from this brief glimpse into his household, his family appears to be comfortable as well. Perhaps a Sinclair family cookout with Lucas, Erica, and some cousins could work its way into a future episode. Until then, I continue to hope we see more of the Sinclair family.

We should appreciate these positive and even ordinary depictions of African Americans in the media and we should pursue to see more of them. Representation matters greatly in how people are perceived and judged daily in society. The narrative of black success is not a myth or an exception and success doesn’t always mean assimilation into majority culture.

Identifying and celebrating the ordinary over and above the predominant negative narratives/stereotypes that are hurled against the black community is of great importance if progress in conciliation and unity is to be made.

3 thoughts on “Stranger Things and The Sinclairs”