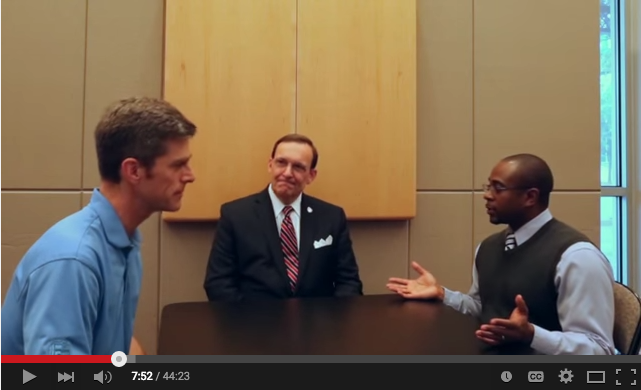 The Reasons Behind the Resolution on Civil Rights Remembrance

The 2015 PCA General Assembly will be remembered most for the debate surrounding the Personal Resolution on Civil Rights Remembrance. Sean Lucas and Ligon Duncan signed the resolution and presented it at the Assembly.

While the resolution did not pass at the 2015 Assembly, it was referred to next year’s Assembly for consideration. In the meantime, Presbyteries and churches are expected to discuss issues surrounding not only the Civil Rights Movement but racial issues that continue to impact the church in the U.S.

The video below shows Dr. Lucas and Dr. Duncan explaining the rationale behind the resolution.

Question 1: What is a Personal Resolution on Civil Rights Remembrance?

Question 2: What was the motivation for Dr. Lucas to write the Resolution and for Dr. Duncan to sign it? (7:50)

Question 4: What was happening with Southern Presbyterians during the Civil Rights Movement? (15:57)

Question 5: What was going through the minds of white believers as they are actively resisting integration during the Civil Rights Movement? (18:15)

Question 6: If this Resolution passes, what actually changes in the PCA? What effect will it have? (24:15)

Question 7: What do you tell white church leaders in predominantly white churches about how to work toward racial reconciliation? (31:03)

Question 8: When do you press the issue of a congregation moving toward racial diversity? Is there ever a cause to do so? (36:38)

*NOTE: This video was recorded before the resolution was discussed and eventually referred to the 2016 General Assembly.