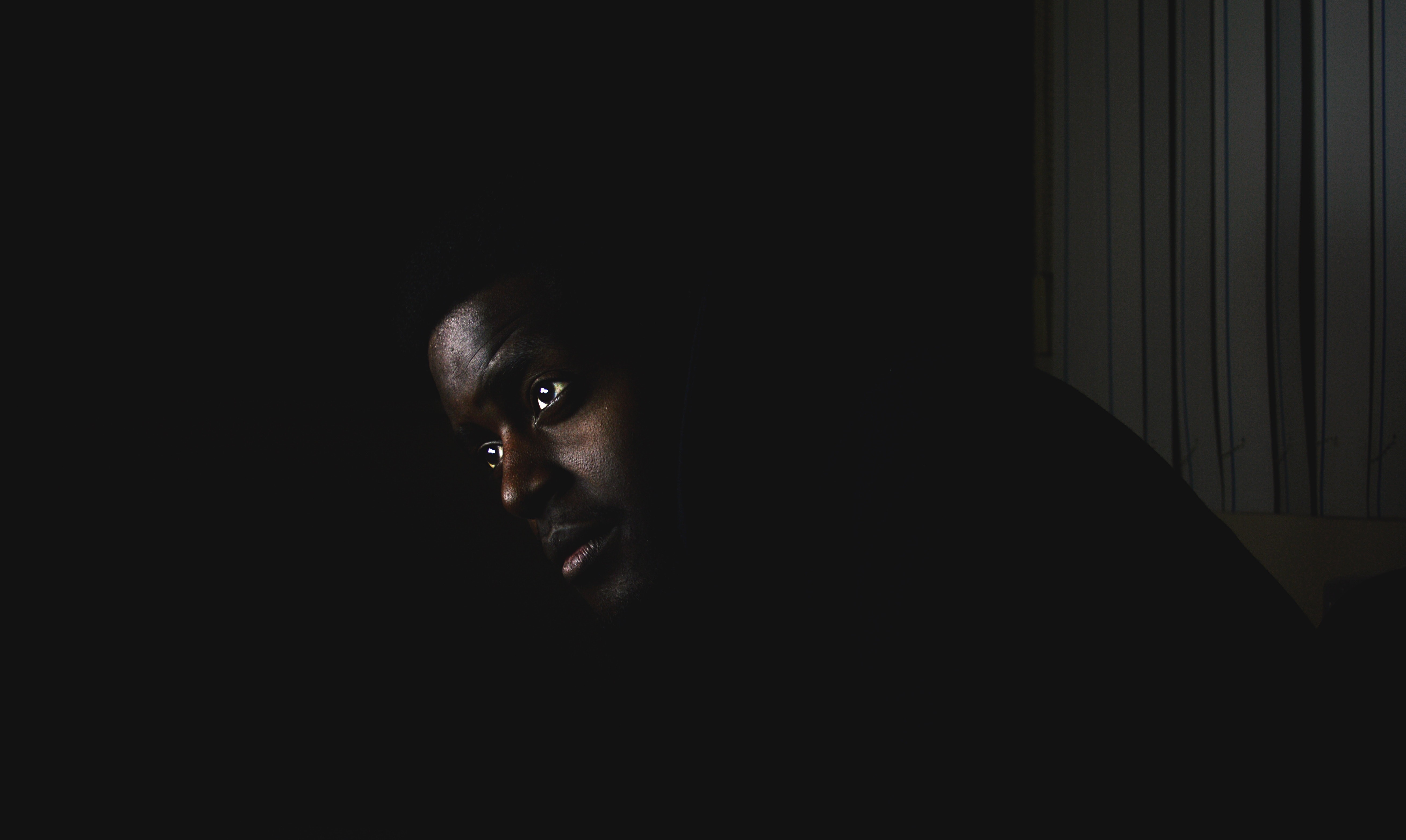 There Will Be No Fireworks This Juneteenth

I feel a tinge of shame admitting as a black man—raised in Texas—that I’ve never participated in Juneteenth celebrations. I heard of the day, but it was not widely celebrated in my community nor taught in school.

But now that I’m older and beginning to use my Social Studies Composite degree to unearth African-American history and traditions like Juneteenth, I’ve had many puzzling questions.

Why is Juneteenth not an established national holiday like July Fourth (45 states officially recognize it in some way)? Why are fireworks and barbecues not set ablaze on June Nineteenth? Why is the holiday exclusive to only African-Americans? I received my answers after a recent trip to Washington, D.C.

Carefully submerged into the dark, forgotten, and ignored annals of African and African-American history, my anticipation and suspense surged when the elevator doors opened to the bottom floor of the National African American Museum of History and Culture. We were released into a cramped and darkened room flooded with information and artifacts about African kingdoms and the conquests of the grotesque slave trade. The enclosed space was intentionally designed to make visitors feel how enslaved Africans might have felt aboard the slave ships—their beautiful black bodies cramped, shackled, and stacked on top of each other, tightly enclosed in the belly of boats for months at a time.

While moving about the floor, a young man caught my eye. He gritted his teeth in anger, trying to communicate under his breath to his wife, or girlfriend, the disgust of what he was witnessing. Simultaneously, an older woman, probably in her 70s, let out a series of wrenching and uncontrollable cries as she read and viewed one of the horrors of slavery explained in detail.

At the Civil War and Reconstruction portion of the exhibit, a different young man loudly voiced his disapproval of the wording used to describe the Emancipation Proclamation. The Emancipation Proclamation didn’t free all the slaves; it only freed those in the rebel Confederate states as a war tactic. He is correct. Approximately 500,000 Black bodies remained enslaved in the border states that remained loyal to the Union.

Obviously, the Proclamation did pave the way for the eventual ratification of the Thirteenth Amendment in 1865, which freed all slaves in the Union. But it wasn’t until approximately five months after the amendment was formalized–and two and a half years after President Lincoln’s Emancipation Proclamation–that the news of freedom would reach all the slaveholding states.

Two months following General Lee and the Confederacy’s surrender, Major General Gordon Granger of the Union Army arrived at Galveston, Texas with an announcement that would forever change the social landscape of the United States. Known as General Order Number 3, Granger announced:

“The people of Texas are informed that in accordance with a Proclamation from the Executive of the United States, all slaves are free. This involves an absolute equality of rights and rights of property between former masters and slaves, and the connection heretofore existing between them becomes that between employer and free laborer. The freedmen are advised to remain quietly at their present homes and work for wages. They are informed that they will not be allowed to collect at military posts and that they will not be supported in idleness either there or elsewhere.”

Even with this official declaration of freedom, emancipation came slowly for many. Leon Litwack, in his book, “Been in the Storm So Long,” recorded accounts of black men lynched for trying to leave, and even one woman who was enslaved and whipped an additional six years by a white woman. Yet for many, the General Order and Proclamation was met with joy and jubilation. Granger didn’t know it then, but his announcement constituted what is now celebrated as Juneteenth.

Most African-Americans in the NMAAHC might have felt the analogous portion of what those newly freed slaves felt after ascending from the depths of the museum—a march upward where more liberation awaits. There was an almost undefinable mixture of grief and hope riddled on every face I stared at. Everybody remembered the atrocities as they elevated, but walked with dignity, inspiration, and joy to face the ugliness that awaited them outside the museum.

Unfortunately, nobody would have to leave the museum to be reminded that they are on the frontlines of a battle that continues to rage in 2018. Where exuberance overshadowed despondence for a few hours, despondency reemerged unabated.

Two young white boys—no older than 13 years old—walked among and changed the enlightened faces of the predominately African-American crowd, most of who looked old enough to remember hearing news of MLK’s assassination firsthand. Whether they intended to stir a reaction or not, the bright red inscription of “Make America Great Again” emblazoned on their hat and shirt accomplished the task of magnetizing stares from every direction.

I observed the faces of all the African-Americans who watched them proudly walk by. Every person fashioned a look of scorn and disgust for what they saw. I unintentionally locked eyes with an older gentleman and he said, “They’ve got some nerve wearing those shirts in here, don’t they?” I smiled agreeably, shook my head, and walked away.

In a museum dedicated to a people who essentially built America, but have been systematically excluded from the fruits of their labor, the young men who proudly sported their ‘MAGA’ gear was a reminder of which America we are living in. This is not a Christian nation marked by service, humility, honor, and respect; conversely, it is an America still graduating ideals of explicit and subtle superiority to the next generation.

When Was America Great?

The unfortunate explicates and subtleties of superiority are embodied by America’s sitting president, who won an election bolstering an ideology of white supremacy. Before the 2016 Presidential election, our minds—white and black—could not fathom an African-American, with no prior public office experience, campaigning to head the Executive Branch of the United States. Nor could we imagine him actually winning.

We could not imagine a black man calling his daughter a “piece of ass” or admitting to grabbing women by their private parts, and still winning an election. However, we have a president who has done all of the above, bolstering the ideology of white supremacy.

“But that is the point of white supremacy—” explains Ta-Nehisi Coates, “to ensure that which all others achieve with maximal effort, white people (particularly white men) achieve with minimal qualification.” Coates adeptly sums up the contrasting American ideologies in two persons: “Barack Obama delivered to black people the hoary message that if they work twice as hard as white people, anything is possible. But Trump’s counter is persuasive: Work half as hard as black people, and even more is possible.”

Watching the reactions (of people who likely survived the ugliness of Jim Crow segregation) toward those two boys who proudly strutted around the NMAAHC in their ‘MAGA’ gear, made me wonder how our African-American ancestors felt when they celebrated Juneteenth. I think they felt similar. The once enslaved were free but only as free as America would allow them to be. Martin Luther King, Jr. noted their freedom was only an “abstract freedom wrapped in luminous rhetoric. The Negro was denied everything but a legal status he could not use, could not consolidate, could not even defend.” And quoting the great abolitionist Frederick Douglass, King notes, “Emancipation granted the Negro freedom to hunger, freedom to winter amid the rains of heaven. Emancipation was freedom and famine at the same time.” Emancipation was all but a hope that America, this land they toiled with their own hands, could someday also be theirs in its fullest sense.

However, the disproportionate rates of wealth, leadership, and ownership in American institutions seem to stifle this collective freedom. I can’t help but believe that those two boys believed that they owned the NMAAHC in a most personal way. The corporeality of their ownership supersedes the ethereal fact that we all own it. But I seriously believe they think they own the NMAAHC—and everything else on the National Mall. The idea of white supremacy has been preached and is reinforced today by pastors, presidents, and attorney generals so regularly that most don’t even realize it until it comes bursting forth as proudly as Steven Jay Watts exclaimed, “I run this country…my people are gonna bury you…we built these streets! White men built these streets!” Or until it oozes out as softly as wearing “Make America Great Again” apparel around people who are unaware of an “again” that America was ever “great.”

Racism is embedded in America’s DNA. It’s unavoidable and here to stay. And for that reason, we as a nation do not collectively celebrate Juneteenth like July Fourth. There will be no pompous fireworks, capitalist Juneteenth mattress and car sales, nor widely celebrated days off from work. African-American freedom is a freedom still to be achieved. Nobody owns us, yet our jails are still disproportionately filled with black bodies, incomes remain disproportionately controlled by whites, we are continually killed by the police, and housing values remain disproportionately unfavorable to us.

But these aren’t the only reasons Juneteenth will not be widely celebrated across America. The primary reason Juneteenth will continually be a marginalized holiday is because of white silence and the accompanying inability to develop empathy regarding black suffering—much like the silence during the Civil Rights era.

The late James H. Cone assessed in his book “The Cross and The Lynching Tree” what this silence and inability look like in the person of Richard Niebuhr—one of America’s most influential theologians of the twentieth century. When James Baldwin tried to explain that it was an insult for President Kennedy to send a football coach and Army Secretary to fix the physical and emotional offenses of racism in Birmingham, Niebuhr didn’t understand. Cone assessed,

“This suggests why it is so hard for whites and blacks to talk about white supremacy; even among progressive intellectuals like Niebuhr, there is too little empathy regarding black suffering in the white community. Lacking empathy, he lacks the passion to engage the unspeakable evil of killing black children.”

Until we all start caring for humanity and seriously analyzing how our systems are skewed, we will continue stifling our progress, and Juneteenth will continue to just be June 19. Although we have yet to reach a point in America where the full realization of the principles outlined in the Declaration of Independence are a reality for all people, we can mark Juneteenth as a commensurate reminder of our hopeful trajectory. We hope for freedom.

7 thoughts on “There Will Be No Fireworks This Juneteenth”