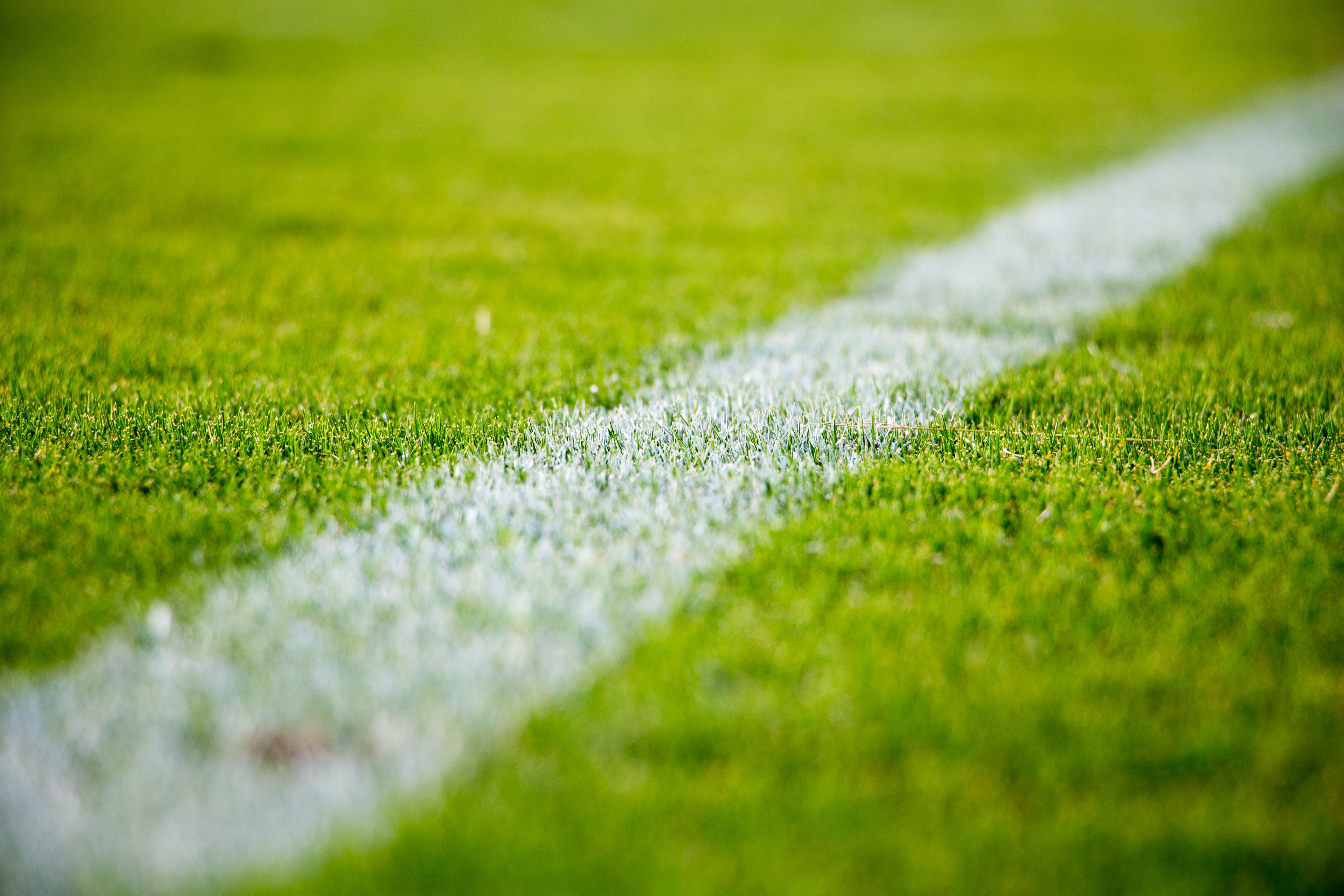 Three Reflections From the Take A Knee Saga

The last 2 weeks ushered in another episode of the America’s culture wars. Provoked by the president’s name-calling of protesting NFL players and further suggestions of their termination, the nation plunged into heated debates and responses surrounding national symbols, patriotism, freedom of speech and respect for the military.

While many of the arguments that dominated the news cycle and social media feeds have been largely unrelated to the matter at hand – which is systemic injustice against black citizens, they nonetheless exposed certain characteristics that define the popular American spirit. The American conscience is experiencing a coming of age that will either mature or doom it. Considering this, I have three sobering reflections.

If we take the perspective of an outsider observing America over recent weeks, one would conclude that American patriotism is incredibly fragile.

It would seem the observance of mandated conduct and attitudes regarding the national symbols and figures of authority are part and parcel of the American milieu. Certainly, this would have implications on the character of liberty and freedom that this nation so proudly proclaims to afford its citizens. Do the nation’s symbols really require complete and visible reverence? Are we a nation defined by an authoritarian code towards national symbols?

Clearly, if freedom has mandatory guidelines to how it’s expressed then it’s certainly not freedom. After all, forced patriotism has no place in a free society and is more in keeping with authoritarian power. An outsider would have a hard time reconciling all they’ve heard and known about America with the prevailing arguments against the #TakeAKnee protest. This confusion is understandable because these expectations aren’t common place in America – except when directed towards citizens of color.

Obligatory patriotism seems to only be exacted towards racial minorities in America. I live in the South, a region of the country where confederate flag themed items are in just about every convenience store you visit. Yet, such pervasive devotion to a failed attempt at secession is hardly viewed as unpatriotic but on the contrary, an expression of American freedom and liberty.

Gadsden flags and bumper stickers with the words “Don’t Tread On Me” are a common sight, and especially a favorite of Tea Party and Libertarian enthusiasts. It is viewed as a sign of a healthy and engaged citizenry espousing their vigilance in holding their government and nation at large accountable to the freedoms and rights owed them.

This leads me to conclude that the American consciousness is not necessarily fragile. After all, Donald Trump ran an entire campaign on doom and gloom rhetoric and uttered the words “The American Dream is dead” several times. It is apparent however, that this fragility and authoritarian tendency only expresses itself when racial minorities express anything short of praise and gratitude to America. This leads to my second reflection.

White Americans, consciously or unconsciously, still regard non-whites as being loosely attached to the American story. A helpful analogy to make this clear would be a friend visiting your house and commenting on how ugly the carpet is or how unflattering the paint is versus a spouse or daughter making the same comment.

The relationship between the parties determines how the critique is understood and received. A friend invited out of hospitality does not get to critique the gracious host who invited them. It’s extremely rude. A family member however, does get that right and isn’t inclined to hold their tongue or gloss over a reality that they must live with, simply for the sake of being polite.

White America’s instinctive response to people of color’s genuine critique of America exposes how exactly we’re viewed in relation to the American family. It’s why African Americans often hear remarks like, “If you don’t like this country, go back to Africa.” It would sound absurd (and rightly so) to hear a disgruntled white person be told, “If you don’t like America, go back to Europe.”

Yet remarks exhorting blacks to return to a continent that they are just as far removed from chronologically as any white American seem logical for many. This inability to not only see shared brotherhood, but ownership of the American story with African Americans is an enduring legacy of white supremacy and shapes the apathy and inertia around racial justice.

“They are ungrateful to the country that has provided them so much. What do they have to complain about?”

This view of the success of minorities as the result of charity and good fortune rather than well-earned effort is deeply pervasive because of the widely held notion that blacks are lazy and incapable of success on their own. It’s what undergirds resentment around affirmative action, regardless of the fact that white women are its largest beneficiaries. It’s what undergirded Donald Trump’s critique of Barack Obama’s credibility as a Harvard graduate and his demands that Obama produce his college grades.

What makes these remarks especially aggravating and dehumanizing is the fact that many African American men literally die because of Football. Recently published information on Chronic Traumatic Encephalopathy (CTE) shows how the sport is degenerative to brain function and how repeated head collisions and brain trauma creates a variety of debilitating mental conditions that often lead to the death.

Football requires incredible athletic skill and a grueling training regimen. It presents grave physical and mental risk, and is the only major professional sport that has unguaranteed contracts. All this functions to transfer majority of the risk to the players, who are overwhelmingly black. Conversely, it delivers astronomical profits for its stakeholders who are almost uniformly white. Despite all this, the players are expected to remain docile, grateful and must be whipped back in line when needed. Such rhetoric exposes a low view of the humanity of black players and by extension, black people.

It’s hard not to see these attitudes as reflective of the “happy slave” narrative. Bill O’Reilly expressed sentiments reminiscent of this narrative only recently in response to Michelle Obama’s triumphant remarks about living in a house built by slaves. O’Reilly said, “Slaves that worked there were well-fed and had decent lodgings provided by the government, which stopped hiring slave labor in 1802. However, the feds did not forbid subcontractors from using slave labor.” Col. William S. Prichard, a prominent Birmingham attorney who was a staunch segregationist during the Civil Rights Era made these remarks during a CBS Special TV report in 1961, “There is no doubt in my mind that the negro knows that the best friend he has in the world is the Southern White Man. He’ll do the best for him, always has and will continue to do it”.

A cursory glance at the media’s representations of blacks throughout the era of Slavery and Jim Crow shows that when not characterized as savage and dangerous, blacks were characterized as content and servile in their status of subjugation. The damning reality is regardless of the conditions – in the chains of enslavement, the degradation of Jim Crow, or the enduring contemporary racial inequities, the refrain from a significant segment of the white population has been and will remain: “be grateful for your lot.”

This low view of the humanity and agency of America’s black citizens remains the restraining factor towards engendering a cross demographic commitment towards racial progress, which inevitably is America’s progress. James Baldwin, in his 1965 debate at Cambridge University conveys this thought in his closing remarks much better than I can. I’ll let his words close this piece too.

“It is a terrible thing for an entire nation to surrender to the notion that 1/9th of its population is beneath them. Until that moment, until the moment comes that we the American people have to accept the fact that my ancestors are both white and black, that on this continent we are trying to forge a new identity for which we need each other, that I am not a ward of America. I am not an object of missionary charity. I am one of the people who built this country. Until this moment comes, there is scarcely any hope for the American Dream, because the people denied participation in it, by their very presence, will wreck it.” 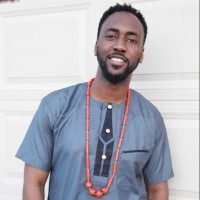 Daniel Amotsuka is a Nigerian immigrant to the United States, called to serve the body of Christ in redeeming the connections between body and soul, love and justice, faith and culture. He writes, speaks, and teaches on these topics and currently leads a monthly racial reconciliation gathering in Denton, Texas.

Previous Post
Race Conversations for People of Color in the Trump Era
Next Post
LDR Weekend: An Outsider’s Perspective

3 thoughts on “Three Reflections From the Take A Knee Saga”