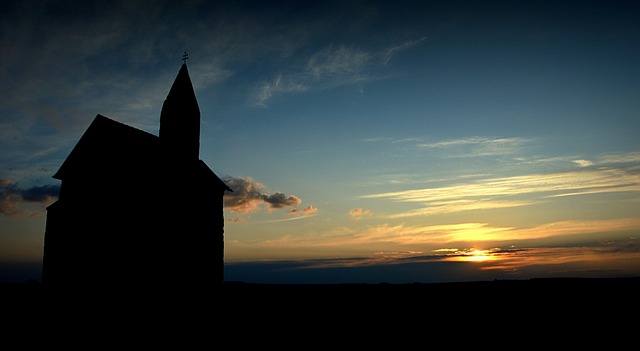 How to Avoid Becoming An Unhealthy, Multi-Ethnic Church Plantation

“We want our church to look more like heaven” is a well-intended sentiment that I hear many white Christians and church leaders make regarding their desire to have ethnically diverse churches. Unfortunately, however, in the ears of some ethnic minorities, this statement often serves as code for “we want ethnic minorities to attend our churches and assimilate within our predominately white culture and sit under our predominately white leadership and instruction, instead of staying in their mono-ethnic predominately minority churches.”

Consequently, it will be easy for these Christians, lacking the necessary multi-ethnic and multi-cultural competence, to import their limited cultural vision onto ethnic minorities in the name of a multi-ethnic church, while genuinely thinking they’re pursuing racial reconciliation with their ethnic minority brothers and sisters in Christ.

The result will be multi-ethnic church plantations (predominately white churches with predominately white leadership seeking to conform ethnic minorities into the cultural idea of ethnic/cultural whiteness) instead of Spirit-empowered, multi-ethnic, gospel-centered churches whose members are seeking to pursue reconciliation with one another regardless of ethnic, racial, and economic differences, as the members put one another’s needs before their own and as they seek to listen to, learn from, and serve one another in love.

In this piece, I list 10 ways churches can avoid becoming multi-ethnic church plantations.

At worst, mono-ethnic white churches with members who do not live multi-ethnic lives will be predominately white churches in predominately ethnic minority contexts—the kind of churches that are ethnically out of touch with their ethnically diverse communities. At best, mono-ethnic white Christians without multi-ethnic competence will confuse racial reconciliation with ethnic diversity and build churches filled with diverse people who meet together once a week, but who do not share life with one another as the body of Christ. A racist multi-ethnic church is not a racially reconciled, gospel-centered church.

White Christians need to understand that their cultural posture and the lens through which they see the world is only one of many different cultural, ethnic, and racial postures and lenses. I’m astonished by the conversations I have with ethnically white and minority Christians who still think that race is biological instead of ideological.

Regardless of the arguments and science to the contrary, too many Christians think a person is born black or white, instead of race being a social construct. God created the human race (Gen. 1-2; 11), but the human race constructed races for the purpose of racial hierarchy and white domination. White Christians eager to lead their churches to become multi-ethnic must labor to understand the complexity of race in this country. Otherwise, they will fail to understand the historical and sociological reasons that churches are segregated in the U.S. in the first place, which will impede reconciliation.

Christians must reject the idea of colorblindness if they want to build healthy, gospel-centered multi-ethnic churches. Colorblindness basically says that humans should look beyond color, because we live in a post-racial society. The only ones who can say this with a straight face are those who generally don’t suffer because of the color of their skin or those who benefit from those who’ve always been the ethnic majority.

Colorblindness does not build healthy, multi-ethnic churches. Rather, this false belief allows the ethnic majority group within the church to maintain their position of privilege and power over ethnic minority groups without making any personal sacrifices to live in community with those in the congregation from a different ethnic posture. Instead of helping churches become racially reconciled with different people, colorblindness will enable the white majority in predominately white churches to view their experiences as normal and to view non-white or ethnic minority experiences as “raced,” “abnormal,” or “cultural.”

If colorblindness is the guiding principle for predominately white churches, then the predominately white members of those churches will not be able to love their ethnic minority brothers and sisters well, who have suffered precisely because of their race, for they will likely turn a blind eye to the real, systemic suffering that some minorities experience because of their race.

Predominately white brothers and sisters must be eager and willing to listen to and learn from their ethnic minority brothers and sisters if they want their churches to be gospel-healthy, multi-ethnic churches. They must place themselves in awkward, uncomfortable, and emotionally vulnerable postures of learning how non-white people view reality. And they must be willing to engage in conversing about these issues. If they do not, as soon as the country becomes divided again over race, multi-ethnic church plantations will experience much division.

Before I visit a congregation, the first thing I do is thoroughly search the church’s website. If I see that all of the leadership is white, that tells me that it’s a white church. But if I visit the church and there is a little diversity with no ethnic minorities in leadership, I begin to ask myself why not. In my view, predominately white churches that claim to desire multi-ethnic ministry, on the one hand, but refuse to appoint qualified ethnic minorities in leadership, on the other hand, are multi-ethnic church plantations. Qualified, ethnic diversity in leadership is a key element to becoming a healthy, multi-ethnic church.

Predominately white churches wanting to become healthy, multi-ethnic, gospel-centered churches should not want diversity for the sake of diversity. White churches that appoint unqualified and ungodly minority leaders in church leadership will actually hurt the cause of gospel reconciliation. Churches should only appoint biblically, qualified leaders in the church regardless of the races or ethnicities or economics of those leaders.

Finally, and certainly not least, predominately white churches aspiring to become multi-ethnic must ask the Spirit to have his way. Where the Spirit of the Lord is, there is liberty. If God by his Spirit will breathe on the efforts of those in pursuit of gospel-centered, multi-ethnic churches, he can transform the most racist and segregated churches on earth into the most beautiful display of the multi-ethnic and racially reconciled people of God in Revelation 7.  Therefore, these churches must corporately plead with God to create and reconcile some from every tongue, tribe, people, and nation into one new man.

Previous Post
The Conviction and Resolve of Frederick Douglass
Next Post
Pass The Mic: Flint, Larry Wilmore, and Trump

20 thoughts on “How to Avoid Becoming An Unhealthy, Multi-Ethnic Church Plantation”