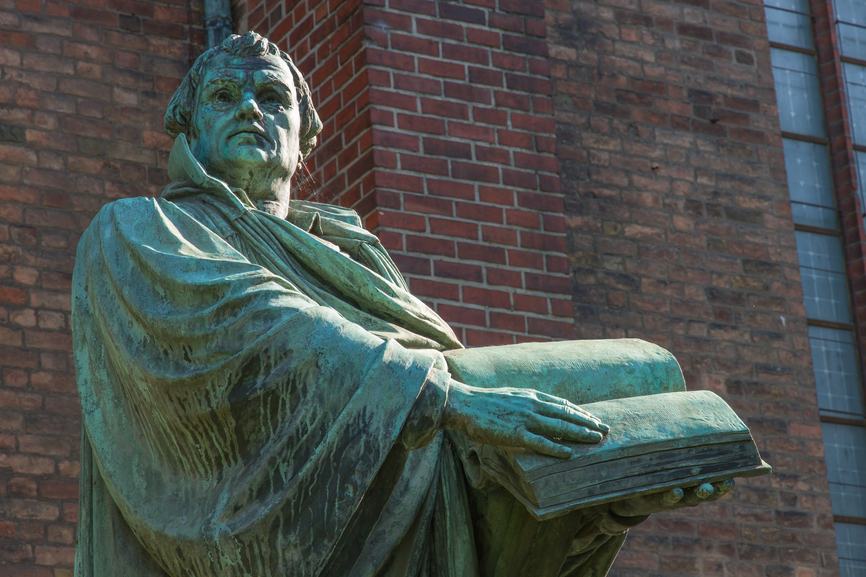 What Does It Mean to Be Reformed?

The word “Reformed”  means different things to different people.  So it’s reasonable to ask, “What does it mean to be Reformed?”

The term “reformed” itself means “to shape again”.  So at its simplest, to be Reformed means to be forming the Church into the image Christ teaches in the Bible.

All Christians, Reformed or otherwise, hold some basic beliefs in common.  Those commonalities include truths like God is real and He makes Himself known. Christ was both fully God and fully human. Christ died to forgive the sins of the world, and the Bible is God’s word.  All orthodox Christians should be able to agree on these fundamental teachings which are summarized in universal creeds like the Apostle’s Creed and the Nicene Creed.

Reformed theology includes some distinct beliefs, too.  For example, those who are Reformed plant their theological roots in the Protestant Reformation.  The Reformation began when Martin Luther nailed his 95 Theses to the church doors in Wittenberg, Germany in 1517. Luther sparked the greatest back-to-the-Bible movement in history.

The Reformation was a response to practices that had developed in the Roman Catholic Church.  Rome taught that works like saying prayers to dead saints, buying indulgences, and devotion to Mary were necessary to the Christian life.  But the Reformers said that faith in Christ’s life, death, and resurrection completed the work of salvation.

A shorthand version of Reformation teaching comes in the Five Solas (alones): grace alone, faith alone, Christ alone, Scripture alone, the glory of God alone.  The Five Solas were just the beginning. Through a renewed commitment to the sole authority of Scripture an entire body of Reformed doctrine was developed.

Most people who follow Reformed theology agree on fundamentals like the Five Solas.  However, Reformed Christians do have their share of differences.  Many Reformed people differ on the necessity of certain creeds and catechisms.  Some examples are the teachings of Calvinism, covenant theology, and the Westminster Confession and Catechisms.  Then there’s the perennial cause of controversy–the so-called “Doctrines of Grace” often known by the acronym T.U.L.I.P.

Whether one must hold to these teachings in order to be Reformed is an ongoing subject of dispute.  However, these matters become more clear in light of one belief that stands at the heart of Reformed theology: the centrality of God.

The Centrality of God

Genesis 1:1 starts, “In the beginning, God created…”  From the very first verse of the very first book, God tells us that the Bible and the world He created are all about Him.

Most Christians would say they believe the Bible and the world are all about God. But the way many Christians read Scripture and live their lives reveals their thoughts and actions begin with humanity and not God.

God-Centered vs. Human-Centered in Scripture

Take Scripture for example.  In a human-centered approach the story of David and Goliath (1 Sam. 17) illustrates a moral lesson about the courage to stand up to the giants in one’s life knowing that God is with you.  The issue with this kind of reading is that it makes David the hero.  The reader almost always identifies with the hero, so a human being becomes the center of the story.

Many preachers have taken a different approach that puts God at the center. Modern readers see themselves not as David, but as cowardly Israel who day-after-day trembles under Goliath’s taunts and intimidation.  The people are in need of a savior to vanquish the enemy.  Then David comes as one who fights on behalf of Israel and points to Christ Himself who defeats the real giants of sin, Satan, and death. By reading the Bible and asking first, “What does this reveal about God’s character and His plan to save sinners?” the believer puts God in His rightful place at the center of the Bible.

God-Centered vs. Human-Centered in Life

The “human-centered vs. God-centered” dynamic plays out in daily life, too.  Many Christians look for salvation in their morality.  Their practical faith says, “Okay, Christ got me in the door, but now it’s up to me to be a really good person.”  So they spend their days doing good deeds like going to church and Bible study, helping with the bake sale, and reading the latest Christian books.  There’s nothing wrong with doing those things. However they become problematic if people believe those actions justify them.  That would mean salvation depends on human beings and not on God.

Believers who understand that God is at the center of their lives will still do many good deeds, but their goal is not to get a blessing because the blessing has already been given.  Reformed teaching, which simply echoes Biblical teaching, states that a person’s standing before God does not ultimately depend on what human beings do but on what Christ has already done.

None of this should imply that being Reformed makes one a flawless saint.  All Christians constantly struggle against a human-centered versus God-centered view of Scripture and the world.  But placing God at the center of one’s outlook makes it a struggle in the right direction.

What It Means to Be Reformed

2 thoughts on “What Does It Mean to Be Reformed?”