When God “Gives You A Word”

The other day, I picked up a little book that has the markings of being the next prayer of Jabez. You remember that book, right? Bruce Wilkinson leveraged one verse in an historical narrative to promote and popularize a concept that had little to do with what is prescriptive for our Christian life today. But people ate it up. Over 9 million copies sold, study guides, devotionals and miscellaneous swag was created over this one little verse, completely disconnected from the breadth of what the 66 books communicated.

Jesus Calling, a book of 365 devotions written by Sarah Young seems to be the next craze. According to Young, the book is actually written by Jesus since she claims these are Jesus’ direct words to her that she has recorded and published. People are eating it up; over 9 million copies of the book have been sold.

The gravitation towards these kinds of books and concepts is nothing new. How many Christians have prayed for God to speak to them directly, seeking out that tangible need in the form of soft whispers or signs, words of comfort and affirmation that we long to hear? Somehow the Bible seems deficient and words spoken by others meet the needs of the immediate, especially when there is a claim attached to it that the Lord has spoken. Even better if the Lord speaks to us directly! Who doesn’t want a word right now for what we are going through?

Now my goal here is not to write a review of the book. Others have addressed the concerns. The chief concern I have with this book is that Jesus is presented as speaking directly to people in a way that negates the fact that God spoke sufficiently through Scripture. Scripture is the voice of God, which communicates everything he wanted us to know for the purpose which he spoke to people in the Bible.

I have observed that there is generally an opposition to the statement that God speaks sufficiently through Scripture. I am quite sympathetic to the fact that many are troubled by this concept. It makes it sound as though God is removed from our lives by saying he no longer speaks. And this seems right since we are in relationship with the living God who continues to move by the Holy Spirit, right? I’m also reminded of the fact that we do face uncertainty, difficulty, confusion or fear. We do face times of doubt and discouragement. Being in relationship with an invisible God can cause us to ache for the tangible. We are humans after all.

But if we ignore the nature of Scripture and its sufficient communication, we are disregarding the solid foundation that gives us the assurance of what God said. Of course, we need to define what it means for God to speak, which is his verbal revelation. Whatever propositional knowledge of himself he wanted to convey has been conveyed progressively through the Old Testament as he spoke through word and historical acts in establishing a covenantal relationship with his people. Both word and deed get accomplished through the Son, through whom the words of the Old Testament are validated and the New Testament explains.

According to Heb 1:1-2, God has spoken through the Son. Jesus testifies that all Scripture was about him and the apostolic message validates. The testimony of Scripture is the testimony of Jesus (Rev. 19:10); the prophetic word made sure (2 Peter 1:16-21). The word of the Lord always pointed to Christ. Scripture is sufficient because it has provided us with everything we need for life and godliness in Christ (2 Tim. 3:17; 2 Peter 1:3).

Many claim to have a word from the Lord. But even then, I am amazed at how much is really just a regurgitation of what Scripture says put in a ‘right now’ kind of application. Of course, the danger is when some anti-Christian, anti-Scriptural thought is infused into these proclamations that are attached to the Lord speaking simply because one has the thought in his or her mind. When those thoughts are popular philosophies that have no grounding in historic Christian witness, this is what makes so-called modern day prophecies so dangerous. I’ve heard it time and time again, and cringed. It’s not right to attribute words to the Lord he has not said.

Yet, this is what so many crave and endlessly pursue. The occurrence of this phenomenon overwhelmingly communicates that what God has already said is deficient and we need more. Moreover, this pursuit ends up in some kind of deciphering to determine if in fact, the words are actually from the Lord.

Why not just rest on what has already been spoken? Because in times of difficulty, uncertainty, doubt or distress we don’t need to engage in mental gymnastics about whether something is from the Lord or not. This can and no doubt, has caused much confusion. We don’t need to think about if that is what God said, we want to know what God said. We need a sure word, a solid anchor and rest in the promises of what has already been spoken. End the pursuit and rest in what has been given. Consider the breadth and depth of the 66 books and what God spoke through it regarding himself and his redemptive purpose. Pursue this word; it is the food we need.

I probably could have been more clear in that one sentence [above referring to Young’s book]. Young does not say directly that Jesus wrote these devotionals. But she does indicate that these are Jesus’ words to her. Since she says that what she wrote came from Jesus, the implication is that these writings were as if Jesus wrote them. 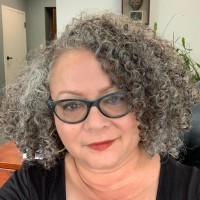