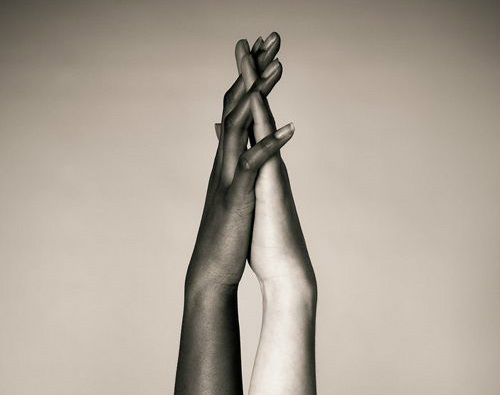 We are living in a time when black pride is once again at the forefront of our society. With the emergence of the Black Lives Matter movement, black pride is, metaphorically speaking, being shouted from the rooftops, plastered on walls, and etched upon the heart of millions.

Unfortunately, hate has crept in alongside this black pride. And it manifests itself in the ideologies behind the romantic relationships we choose to have. Many black women are gushing over having “chocolate babies” with black men, which is not a bad or sinful aspiration. But if marrying a black man stems from a mindset that blacks are superior, then you’re quickly slipping into a dangerous mindset; one that I would even dare say has ties to Nazi sentiment.

Preference and Nazi Germany
In the book, Destined to Witness: Growing Up Black in Nazi Germany, Hans Massaquoi speaks about the government imposed taboo of race mixing. In Nazi Germany, Germans were told that marrying outside of one’s race was a betrayal.

If we find ourselves rolling our eyes at mixed couples, or complaining behind the backs of the brothas and sistas who date outside our race, then we may have to check our hearts and repent. These biases can quickly slip into Nazi ideologies.

The decision behind our romantic relationships has become a militant one. When considering a potential spouse, it seems as though our stance on race relations is more important than God’s will. I don’t believe it’s a sin to be particularly attracted to black men or women, but when this preference is coming from a place of race superiority, then that’s the same prejudice we are fighting against.

What sets us apart from the line of thinking that gave way to ethnic cleansings and the forced sterilization of people deemed unworthy? Don’t be fooled; the answer is very little. This same race superiority mindset, disguised as black pride, is sweeping our churches, barbershops, and playgrounds. It happens to be the same hatred we are warring against.

Godly Offspring
As believers, what should be our main focus when considering a spouse and having children? I believe Malachi 2 sheds some light on the matter. In this chapter, God is judging Israel for marriage unfaithfulness and divorce. Verse 15 says, “Has not the one God made you? You belong to him in body and spirit. And what does the one God seek? Godly offspring.”

Godly marriages and Godly children should be at the forefront of our intentions when considering spouses. Observe and consider if a man or woman is fit to raise your children to see Jesus as Lord; don’t pick a mate based on skin color, whether white, black, or brown. Are we not Christian before we are black? Do we want to please God, or our flesh…literally? If your future spouse is not black, would you tell God you’d rather not marry?

No Hope Deferred in Christ
I want to reiterate I am not addressing the preference itself, but the ideology behind the preference. I also hope and look forward to having black children, mainly because I long to to raise them up in such a way that they would enrich communities. I want Godly offspring, so they could change the world essentially. But if God sends me a White or Hispanic man as my spouse, I wouldn’t trip, because my dream of raising Godly children will be realized any way.
My dream wouldn’t be ruined, if I chose outside of my race. In fact, my dream would be solidified, because God sent that man. It would be foolish not to consider a Godly person’s value or worth, just because they’re not wrapped in the packaging I prefer.

In Christ, we are all the same. In Christ, our skin pigmentation is eclipsed by his blood. Galatians 3 touches on this: For in Christ Jesus, you are all sons of God, through Christ. For all of you who were baptized into Christ have clothed yourselves with Christ. There is neither Jew nor Greek, there is neither slave nor free…for you are all one in Christ Jesus (vs. 26-28).

On The Flip Side
I have a friend who lives in Portland, and he shared with me that most of the black women he tries to pursue reject him, because they only date white men. If that sentence pricked your heart, then the thought of turning down anyone due to race should prick your heart – even if it’s for blacks.

I don’t think it’s a sin to be romantically attracted to a certain group of people, but when that preference makes you unkind, blind, or hardened towards God’s will, then it’s a sin.

To the Glory  of God
Marry and have beautiful caramel, chocolate, brown sugar, or white chocolate babies, but do it to the Glory of God. Chidren, in every shade, are a gift from God. Though we live in a world where the darker your skin tone is equal to the number of hardships you’ll encounter, it does not mean we have to adopt the same hatred. 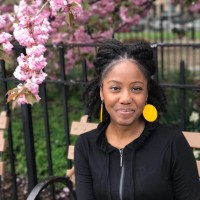 Quetant was born in St. Martin to Haitian parents and grew up in South Florida.  She's serious about tacos, community, and the marginalized. You can follow her on Twitter: @Elodie_q

Previous Post
The Real Rosa Parks: A Lifetime of Activism
Next Post
Hope in God Through Jesus Christ

4 thoughts on “When Preference Becomes Sin”