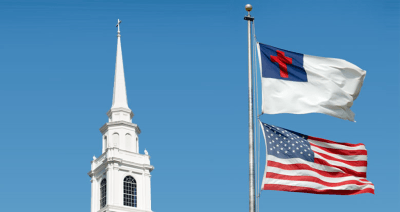 When white Christians tell on themselves

Like many of you, what happened on January 6, 2021, came as no surprise to me. I wrote my dissertation on the intersection of white supremacy and American Evangelicalism, and so I anticipated that white supremacy could mobilize white Christians to trade the cross for the American flag. The images from the insurrection are all too familiar. What we saw on that day wasn’t new. It wasn’t shocking. Those of us who were already wounded and weary from white supremacy were left unsurprised.

What was shocking to me, however, was that so many white Christians claimed to have never seen it coming. White Christians’ utter shock that Bible-carrying white supremacists would attack the Capitol is more disturbing than what actually occurred at the Capitol. It is as if white people did not know what was happening in their own country, their own neighborhoods, their own workplaces, their own families, and their own churches when we knew all along.

Many of the “shocked” and confused white people who had previously chosen to remain silent (either because they had supported Trump or for other reasons) finally decided to speak out. We might have expected them to denounce the attempted coup, the attempted disenfranchisement of millions of Black and other voters of color, and the near implosion of our democratic republic. Instead, they distanced themselves from the whole affair.  They were quick to clarify, justify, defend, and divorce their own Christianity from the Christianity on Capitol Hill. They loudly proclaimed that “this is not Christianity” as if their own conservatism, their own Americanism, their own sense of patriotism was somehow different from that of the insurrectionists as if all of American history from 1619 to that fateful day in 2021 has not told us otherwise. White Christians told on themselves.

They loudly proclaimed that “this is not Christianity.” However, history bears witness that white supremacy and Christianity in America are inextricably linked. White supremacy isn’t a fringe idea; it is the status quo. White evangelicals told on themselves because they chose to absolve their own guilt when the moment came to speak. Instead of defending the voiceless and the powerless, they sought to clear their own collective name.  In claiming that their Christianity was different, they were really saying that they were different; essentially, that they are not racists. Yet their silent complicity over the past four years gives a much different testimony.

What we need now is bold truth-telling that bears witness to the truth of Christianity’s complicity in racism. We need true repentance…not deflection. 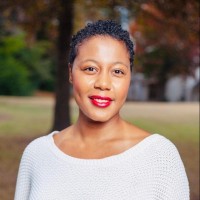 Sarah Lewis earned her Master of Theology degree at the University of Glasgow, where she wrote her dissertation on White Supremacy, Evangelical Sexual Ethics, and the Degradation of Black Bodies. After attending the Witness’s Joy and Justice Conference in the Fall of 2019, she felt a fresh anointing upon her life and a new calling to pursue racial justice. She is now studying Justice, Peace-building, and Conflict Transformation at the Candler School of Theology as she earns her Master of Divinity degree.

Previous Post
There Is No Christian Political Party: A Conversation With Jemar Tisby
Next Post
Torn Between Representation and Justice