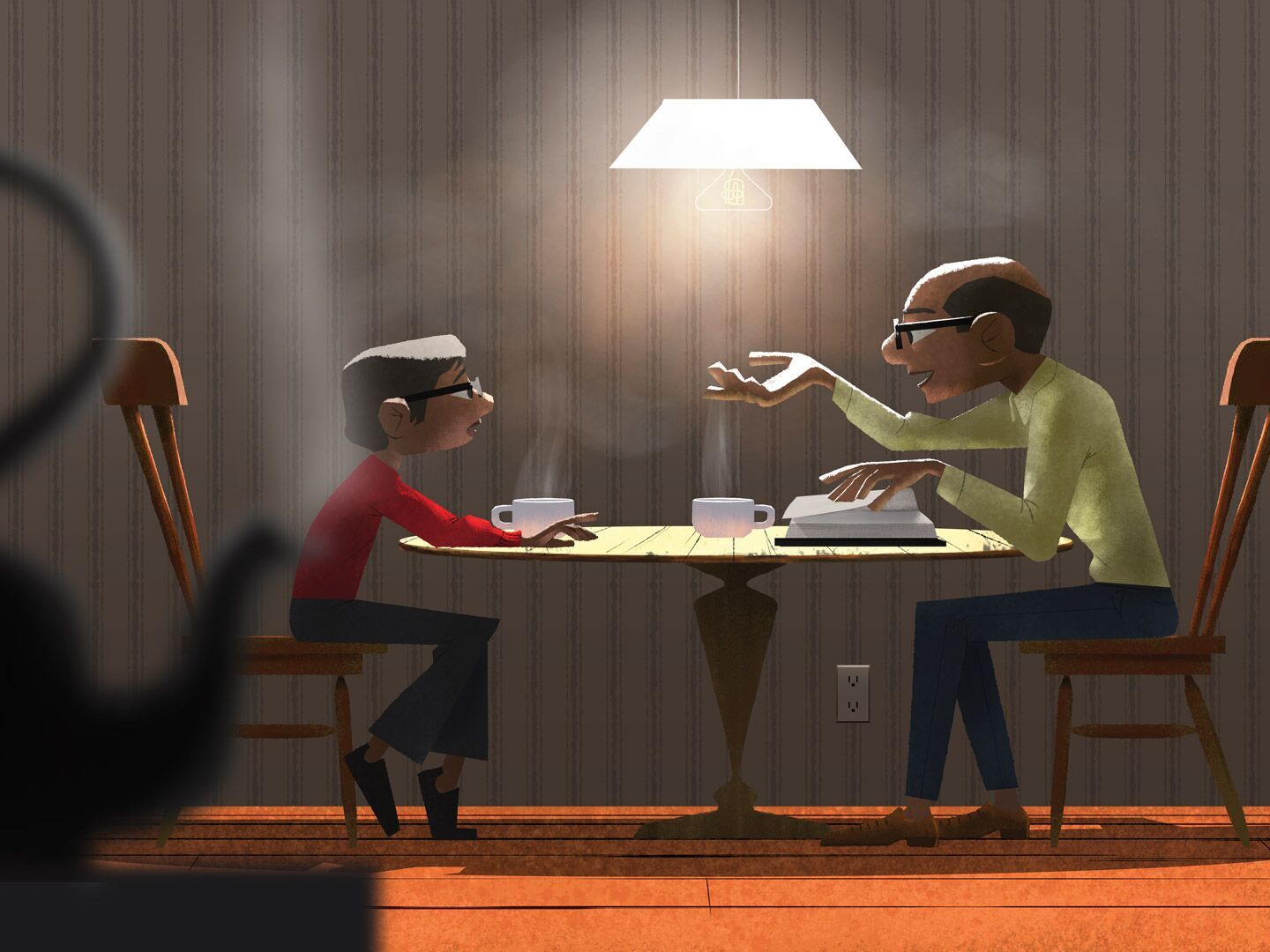 Why Teach Your Kids about the Gospel and Racial Reconciliation?

“Is There Something Wrong with My Skin Color?”

I (Jarvis) grew up in a rural town in the American South, in an environment where both overt and covert racism was part of the normal rhythm of everyday life. The ugly word “nigger” was a common white epithet for black people, one that black people internalized and used as well. As a black/brown person of mixed ethnic heritage, there were certain white communities I simply could not go to. I still remember how certain individuals spoke of black people in dehumanizing ways, even to our faces. Growing up in that environment, I often struggled with the question: “Is there something wrong with my skin color?”

For almost two decades now, I’ve lived in a city and had the opportunity to preach and teach in diverse contexts throughout the country, and sadly, I’ve seen that racist ideologies and constructs exist beyond rural communities and small towns. The same ideas I grew up around are still present in highly populated, diverse, and well-educated cities — albeit in subtle and socially acceptable ways.

For parents, the fact of this social reality means that we need to talk with our children now about the underlying issues of racism and ethnic difference. Below are three pressing reasons why we (Curtis and Jarvis) see this as so vital.

Racism isn’t just something that happened in the past. One need only look at tragic events in the recent news to see that. Indeed, racism, ethnocentrism, and ethnic discrimination are deeply embedded within the American social fabric. Tragically, these evils have also entered into the church — despite racism’s complete incompatibility with the gospel — and many Christians have stood on the wrong side of racial and ethnic justice in America. Consider, for example, the number of churches that fought against equal rights for blacks during slavery, reconstruction, and the era of Jim Crow laws. Consider also the way some people who identify as Christian speak to, about, or of brown immigrants particularly, as well as about black and brown people generally.

I (Jarvis) remember the time my son overheard a child say he was stupid because he had “brown skin” — an event which occurred, sadly, within a predominantly white Christian context. I also recall a recent season when my son was deeply grieved when he perceived expressions of racism in certain parts of American culture. One particular evening we spent a long time talking about the image of God, sin, racism, and the gospel, as he peppered me with tearful questions about these issues. Even as an eight-year-old, he recognized the way that the larger culture, and even Christian spaces, prioritized whiteness and marginalized his brown skin. As Christian parents, we must work diligently to assure our children that God loves their brown skin, that brown skin is beautiful, and that white skin is not superior to brown skin.

The reality of racial and ethnic division in our country today means that Christian parents of all ethnic backgrounds need to teach their kids about the gospel, race, racism, ethnic difference, and discrimination. Like it or not, as parents, we will be forced to have uncomfortable conversations with our children about these issues.

In response to racism, we’ve heard many well-meaning Christians and Christian parents espouse a naïve commitment to color-blindness. Essentially, color-blindness is the idea that we ought not to see color or make race-based decisions.

The concept of color-blindness at first seems appealing and even biblical. After all, we live in an age where many people of color have influence, power, and wealth — as evidenced by the fact that our country recently experienced a two-term black presidency. And Galatians 3:28 states that “there is neither Jew nor Greek, neither slave nor free, and neither male nor female, for we are all one in Christ.” As a result, some people argue that there is no such thing as a black Christian or a white Christian — we’re all just Christians. People say that Christians should stop talking about race because talking about race will make race an issue.

This color-blindness insists that ignoring race and looking beyond ethnic differences will lead us to a more racially equal and just society. Right? Wrong.

The problem with color-blindness is that Americans, including Christians, have inherited race-based social constructs based on a biological fiction. As a result, our society continues to uphold structures and ideas which prioritize and marginalize groups based on their perceived race, in both intentional and unintentional ways. The truth of the matter is that so-called color-blindness will not create reconciled community, because racism and ethnic discrimination are deeply rooted in the American conscience and experience.

Regardless of how good color-blindness may sound to Christian parents, it’s actually cruel and damaging to the many people who experience marginalization on a regular basis precisely because of their perceived race. Color-blindness inadvertently exacerbates the very racism it seeks to avoid, because it allows the majority cultural group to maintain their privileged position, continuing a social status quo in which minority groups continue to experience discrimination and domination. Christian parents who affirm color-blindness do a great racial injustice to their kids and to the black and brown people in their churches and communities, deepening racial wounds and setting up children for emotional, spiritual, and psychological devastation when they do experience racism.

So no matter how hard we try to deny these facts and to look beyond the color of one’s skin, we live in a country which makes decisions based on false beliefs about skin color and race. Ethnic discrimination is part of the ordinary and everyday rhythm of the American experience — and so we must address it with our kids frankly and wisely, by the power of the Spirit. We cannot tell our children to pretend skin colors don’t exist. Instead, we must acknowledge and celebrate the fact that God made men and women in a variety of shades — and that this is a part of his good creation!

3. Racism Is a Systemic Problem

Racism and ethnic discrimination possess both individual and systemic dimensions. These forms of discrimination are deeply ingrained in the structural fabric of our country, including within many Christian spaces and institutions, often showing up in subtle ways. That doesn’t mean that every individual person intentionally practices racist behavior, nor does this necessarily mean every problem experienced by black and brown people in America or in any given context results from racism.

But like it or not, we — and our children — all live in a racialized society, where one’s perceived race provides advantages or disadvantages in social interactions and achievements. And many of the challenges black and brown people have historically experienced in the U.S. (such as slavery, Jim Crow, and the exploitation of immigrant workers) have been directly caused by racism. In the American experience, racial injustice has been especially evident between blacks and whites, but can also be seen amongst other marginalized groups as well. Native Americans, Asians, Latinos, the Irish, Jews, Arabs, and many other groups have experienced racism and discrimination simply because of their perceived differences.

American history, tragically, is marred by the legacy of a social order which placed non-white men, women, and children — people created in the image of God — at the bottom and the destructive effects of this social order are arguably still felt today. We must equip our kids to understand the society they live in so that they may wisely navigate it with a gospel lens. This isn’t an option — it is a necessity.

The reality of racism is a deeply important issue for parents to grapple with, especially because it is ultimately a spiritual problem. Racism’s origins go all the way back to the Garden of Eden, and the sin of racism can only find complete healing through the victory of Jesus Christ on the cross. The message of gospel-centered racial reconciliation is one of paramount importance.

It’s not necessarily easy to talk about these things with kids — but it is a challenge we must take up, seeking to speak the truth in love and rely on the Spirit to help us in the process. Together, we are all called to celebrate the beauty of the gospel in color, to proclaim our unity within our diversity — and to teach our kids to do the same.

Previous Post
What African-Canadian Women Thought of Black Panther
Next Post
Revisiting Apartheid and Reformed Theology: Who Is To Blame?