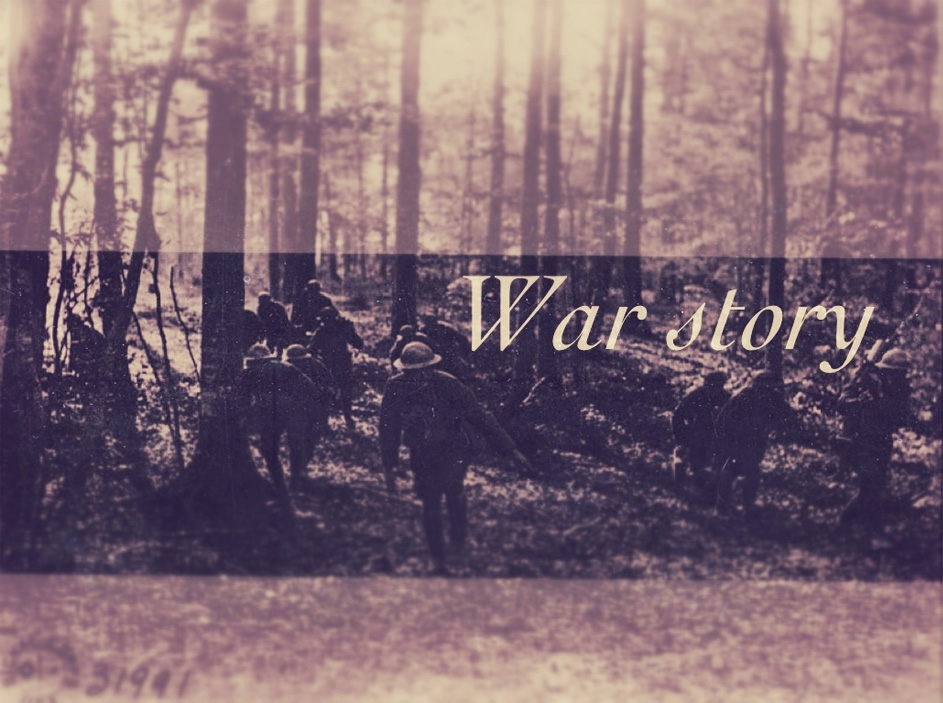 [I approach speaking of war imagery with sobriety, knowing that many people live in such a reality every day. As God may turn even the most horrible sins upside down for his good purposes, I pray that any association a person may have with war is used for encouragement and perseverance in Christ.]

Growing up, I was intrigued by stories related to war, battles, and good versus evil. I was never allured to the blood, gore, and violence of such circumstances, but something about war stories in literature, films, and documentaries would stir me deeply. Being part of an important mission and helping a cause that was much larger than “me” sounded like an incredible endeavor. It easily plucked my passion-strings and I knew life would tragically be missing something if I was not part of an “epic story.” As a young female, I remember the disappointment I felt when faced with the repeating correlation of war and for-men-only. I thought to myself, frankly, I want to be part of a great cause, too! I want to help!

When I reached my college years, I was more directly introduced to a theology of gender. Up until then, I never even knew that “biblical womanhood” was a distinction to be sought after and understood. It was here that I started learning about the dire importance of respect, gracious words, wisdom, a nurturing heart, discretion, and embracing protective leadership. I knew it was what God had said. I mentally could affirm and believe in these truths, though the rest of me was having difficulty catching up. I recognized that I was the one who had to change, not Scripture.

Whenever I would face pronounced difficulty in living out what God has said about my womanhood, I would mentally picture the devil and I sitting in an interrogation room. Between us lay a Bible on the table that he would shove to the floor. He then would proceed to question what I called true, tell me otherwise, and capitalize on my mistakes and weaknesses. And of course, disguised as an angel of light, he would use bits and pieces of truth for manipulative purposes.

Something about all of this submission talk doesn’t feel right, don’t you think?

You are so pitiful and emotional. Look at how you react; you have no security.

You do a lousy job at nurturing. Isn’t that supposed to be your thing?

You will never learn domestic skills.

You allowed yourself to be emotionally vulnerable and look at what happened.

You are too selfish; you will never be a godly woman.”

The devil’s speech and violent attacks would constantly threaten to keep my Bible out of forward sight. He steadily pressured me, seeking to shred my resolve for biblical womanhood to pieces. Yet, every single time in God’s strength, with pain, confusion, and severe discouragement, I would find that book and put it decisively back on the table.

I fail often, but surely what God has said is right.

Even if I’m failing, I still must set my face to the cross, dying to self, supporting, nurturing, and showing powerfully tender care to the world around me. When Scriptures are hard for me to follow, it does not mean that they are wrong. Yet, looking at the world around me, I mainly saw the invitation to let the book be taken out of the picture and to then fight from there. I have learned to not be so surprised at such difficulty. This is the world we must fight in for the great cause of Christ, for a time.

I find it good that there are women who have a desire to “fight,” as long as they know certainly where the real battle is and how to fight biblically. Is it recognized that their nurturing spirit has the power to build up armies of saints?  Is a respectful attitude sought after because it is essential to the “holiness without which no one will see the Lord” (Heb. 12:14)? Do they believe that their emotional vulnerability with worthy people can create an astounding alliance for the furtherance of Christ’s kingdom? Do they know that “a gentle tongue can break a bone” (Prov. 25:15) and their gracious words are as honorable as a valiant warrior’s rewards (Prov. 11:16)? Just like soldiers become decorated with honor for their courage, it is honorable in the eyes of God (and many people) for a woman to extend much grace.

I am only beginning to know this, but am so grateful for the extraordinary examples of women in Scripture. Mary, the mother of Jesus, chose to battle through the inevitable sacrifice of her son. Upon hearing the news that she would bare the Son of God, she was told that “a sword will pierce through your own soul also.” In meekness, she responds “I am the servant of the Lord; let it be to me according to your word” (Lk. 2:38). She had the valiant strength to welcome God’s word over her life. Her deep compassion and nurturing in raising her son required an emotional vulnerability and selflessness that many women would coward under, never choosing to love so freely. Thankfully, I personally know many women who have chosen to stand up and fight this battle beautifully; bringing to life the virtues I have been taught.

This may come unexpectedly to some. When I was taught biblical womanhood and made the commitment to embrace it, my inspiration from war-story finally made blessed sense. I was so happy to see that my desire to fight for a great cause and persevere through battles could be deeply reconciled to Scripture. I recognized that the epic story I longed for since childhood is a reality; it is what Christ has called me to as described in his Word. I finally knew how to properly express this “fight,” through the beautiful strands of God’s word woven together to collectively create a feminine texture to live by. I saw that the focused and selfless efforts of a soldier can reimage the inner strength and commitment needed to steadily fight against the devil’s schemes towards women.

Sisters, fight with feminine texture the battles that you face and keep your Bible on the table, for true joy’s sake. Brothers, thank you for steadily directing us towards perseverance in our true Savior. Christ is too important for us to not fight for biblical womanhood. 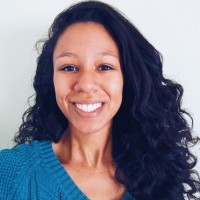 Alicia Joy writes from sunny Southern California, where she enjoys working as a Jr. High science teacher, girls basketball coach, and stays an adoring fan of God’s creation. She delights in the diversity of the world and can’t stop thinking about stories. Alicia explores different perspectives at Reimages.net, and you can find her @alicia2joy.

Previous Post
Taking Back the Black Church From Yvette Carnell
Next Post
Driving Miss Daisy: A Conversation about Sharecropping, Racism, and the Gospel