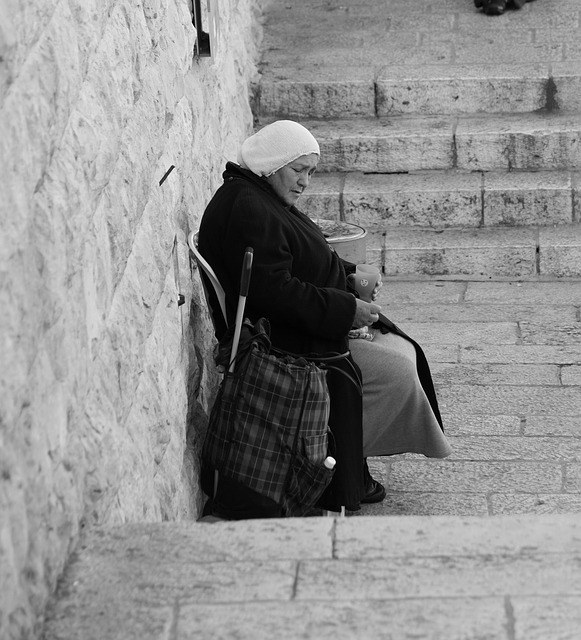 Jesus, A Friend of “All” Kinds of Sinners

Jesus is a friend of “all” kinds of sinners from different backgrounds. We see this in Mark 7.  Here he confronts some Pharisees and scribes (religious people who rejected him), heals a Gentile woman’s daughter (a woman with a different ethnicity from his), and healed a deaf and mute man (a person with special needs).

Confrontation with the Pharisees and Scribes (Mark 7:1-23)

Some Pharisees and scribes came from Jerusalem to Gennesaret, because Jesus’ reputation had spread to Galilee, to various Gentile territories, and to Jerusalem. The debate between Jesus and the Pharisees pertains to ritual washings. They asked Jesus why doesn’t his disciples wash their hands before they eat in accordance with the traditions of the elders (Mark 7:2-6).

Mark’s editorial comment in 7:3 is a bit odd: “for the Pharisees and all the Jews do not eat unless they should wash their hands by means of the fist.” Your translations probably say that the Jews “carefully wash their hands,” but the term translated as “carefully” is actually “fist” in the Greek text. The term occurs only here in the NT and only once in the LXX (=the Greek translation of the OT).

In LXX Exod. 21:18, the term is used to refer to striking someone with the fist. The idea is unclear in Mark 7, but possibly means that Jews thoroughly washed their hands or washed themselves in the proper way in light of certain Jewish laws regarding ritual washings in 2nd Temple Judaism (see Dead Sea Scroll 4Q514). However, it is clear that the Pharisees thought that if folks didn’t wash their hands before they ate (Mark 7:2), they would be ritually unclean (7:2-5, 15). Jesus rebukes the Pharisees and asserts that their actions fulfill Yahweh’s pronouncement against Israel’s unbelief and idolatry in Isaiah (Mark 7:6-7).

Israel had laws of purification and ritual cleansing (cf. Lev. 11; 14-15), but the Mosaic Covenant prescribes nowhere such laws pertaining to washing hands before eating a meal. These commands in Mark were created by their elders (respected teachers), which they added to Israel’s body of laws. Mark makes this clear when he says by his editorial comment that the Pharisees “hold fast the traditions of the elders” (Mark 7:3) and when Jesus points out that they don’t actually follow the commands at all, but rather they esteem God’s commands to be less important than the traditions of their elders. These sorts of laws of the elders are similar to the extrabiblical laws that sectarian Jewish groups in the NT era imposed on their members in their communities (Dead Sea Scroll 4Q514).

In Mark 7:14-15, Jesus teaches that neither failure to wash hands nor food makes one spiritually unclean, but what comes out of a person defiles the man. That is, the washing of hands or the taking in of certain foods (7:19) doesn’t constitute what is or what isn’t morally pure, because the true problem of moral impurity arises within one’s heart. The problem is depravity, not ritual impurity. Jesus’ interpretation of the parable in 7:18 and Mark’s editorial comment in 7:19 could suggest that Jesus not only refutes the Pharisees’ oral traditions, but he also could be demonstrating that since the kingdom of God has come (by his coming), Torah’s kosher laws are now void and no longer binding upon the believing community. Mark’s editorial comment in 7:19 supports this interpretation: “and he was purifying all foods.”

Leviticus 11 and Deuteronomy 14 are clear. Yahweh gave Israel specific food laws to follow. But Jesus demonstrates by establishing that all foods are clean that the Mosaic Covenant is void and no longer determines who are the people of God nor separates Jews and Gentiles from one another.

Jesus’ discourse with the Pharisees and scribes on cleanness and uncleanness is now applied to personal relationships with Gentiles. From Gennesaret, Jesus goes to Tyre and Sidon (largely Gentile territories). History establishes that Jews from Palestine and Gentiles from Tyre and Sidon had a conflict of war years before the coming of Jesus to their territory. The Tyrians and the Sidonians had overtaken some of the Jews’ land, but the emperor demanded they give it back to the Jews (Josephus, Antiquities 14.12.3-5.313-22).

Jesus didn’t go to Tyre for the purpose of a Gentile mission (Mark 7:24). But because his fame had spread to Gentile regions (3:8), many Tyrians were aware of Jesus and of his ability to heal. Thus, Mark records that a Gentile woman approached Jesus and asked him to heal her demonically possessed daughter (7:25-26).

Jesus heals the little girl, because of the Gentile woman’s faith (7:24-29). This miracle demonstrates that Jesus’ gospel of the kingdom includes Gentiles—even though his trip to Tyre wasn’t technically a Gentile mission. That the kingdom of God includes Gentiles was, of course, quite shocking for many 1st century Jews devoted to Torah. For example, consider a few texts from 2nd Temple Jewish Literature that reflect a Jewish perspective of Jew-Gentile relations:

In his wisdom, the legislator, in a comprehensive survey of each particular part, and being endowed by God for the knowledge of universal truths, surrounded us with unbroken palisades and iron walls to prevent our mixing with any of the other peoples in any matter, being thus kept pure in body and soul, preserved from false beliefs, and worshipping the only God omnipotent over all creation (Epistle of Aristeas 139).

And if there is any man in Israel who wishes to give his daughter or his sister to any who is from the seed of the Gentiles, let him surely die, and let him be stoned because he has caused shame in Israel.  And also the woman will be burned with fire because she has defiled the name of her father’s house and so she will be uprooted from Israel (Jubilees 30:7).

Mark 7 concludes with Jesus healing those who are deaf and mute (socially marginalized people because of their special needs). By his confrontation with the Pharisees and the scribes, his healing of a Gentile woman’s daughter because of the Gentile mother’s faith, and his healing of the deaf and mute show that Jesus has inaugurated God’s kingdom. The two miracles together illustrate that God’s kingdom, present in Jesus’ preaching and ministry, includes Gentiles and other marginalized groups, including groups with special needs, but excludes the religious unwilling to follow Jesus. Each story together highlights that Jesus is a friend of all kinds of Jewish and Gentile sinners and that he invites them all to follow him into the kingdom of God by exclusive faith in him.

Previous Post
Jesus and Your Political Party
Next Post
Pass The Mic: Education And The Expectations Project