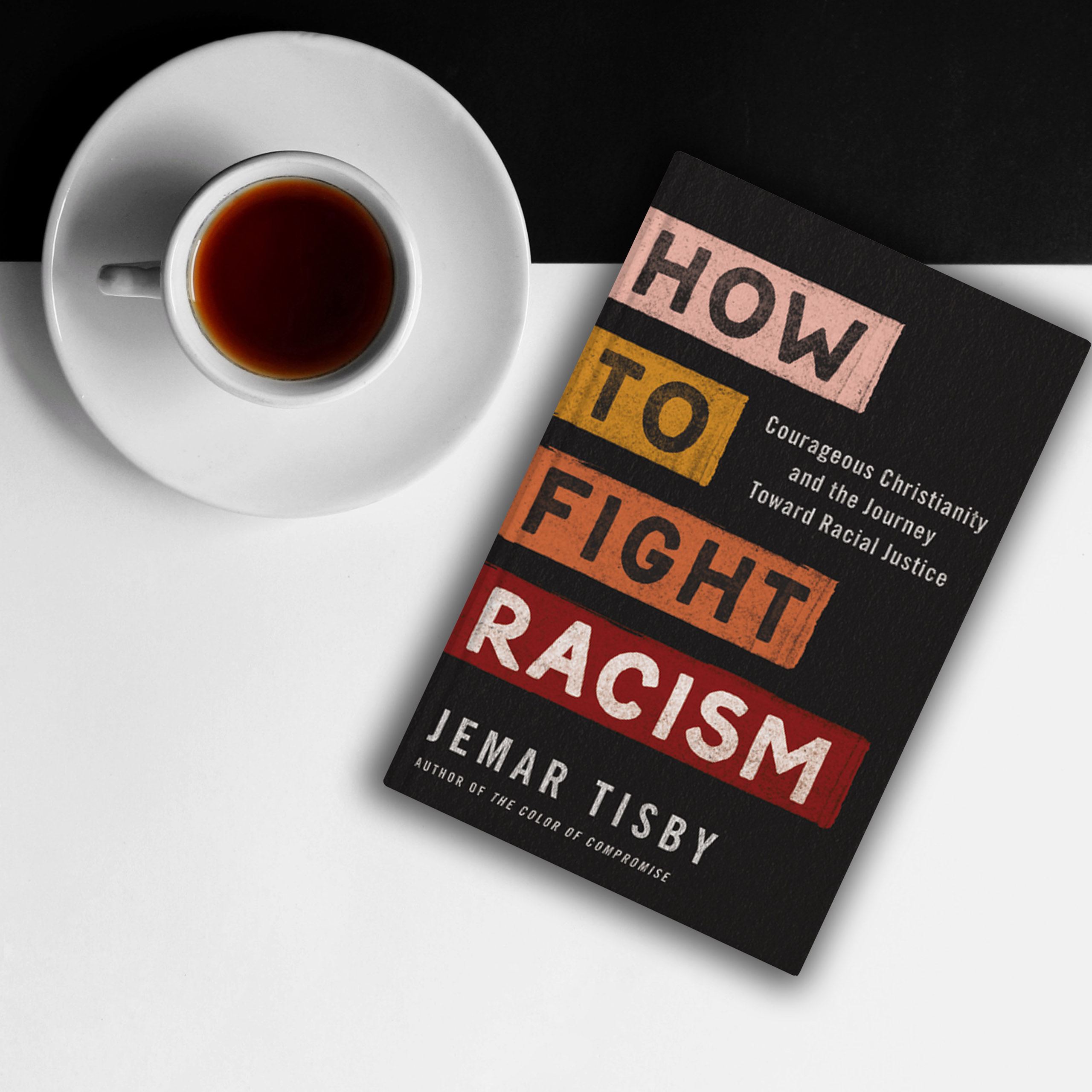 Preview: How To Fight Racism

Editor’s Note: We have the distinct privilege of running an excerpt from Jemar Tisby’s latest book, How to Fight Racism. We hope that you enjoy it and that you will purchase a copy at www.HowToFightRacism.com. Jemar is the founder of The Witness BCC and CEO of The Witness Inc.

How to Fight Racism is an exercise in “prophetic imagination.” In the Hebrew Bible, “The prophets voice a world other than the visible, palpable world that is in front of their hearers.” Filled with visions of a new reality, the prophets encouraged “an act of imagination by word and image that evokes and hosts a world other than the one readily available.” Oppression puts limits on our ability to envision alternate realities. By spending time exploring strategies for change, we may be inspired to create new ways to remedy issues of racism.

People of any race or ethnicity will find helpful suggestions and ideas in the chapters that follow. The dynamics of race affect people across the spectrum of color, creed, and country. While most of the examples apply specifically to Black-white racial dynamics, broad applications can be made to the prejudice that other groups experience as well.

To be clear, this book is not a how-to manual for forming multiethnic churches or increasing the racial diversity of communities of faith. Although some of the practices therein will produce greater diversity, I wrote How to Fight Racism to encourage people to go beyond the doors of the church and into society where so much of racism resides. The practical suggestions include things like political involvement, education reform, and expanding voting rights. The truth is that the racial segregation we see on Sunday is downstream from the racial segregation we tolerate from Monday through Friday. As such, fighting racism has to be something that goes beyond a once-a-week service. It must become habit, practice, and disposition.

For those who have been deeply involved in racial justice, some of the ideas presented here will be familiar. Let us remember that potency in the fight against racism rests not on innovation but in action. Even if a suggestion is familiar to you, now may be the time when you can finally put it into practice or when you can execute a strategy more effectively. Perhaps you will find new rationales for why you pursue certain methods. Maybe hearing them explained in a new way will spark new ideas. For those already engaged in the work of racial justice, the greatest benefit of reading this book may simply be the encouragement to keep going. You are not alone in this work. Your efforts are valuable and necessary. Reading about how to fight racism may refresh you on your lifelong journey in pursuit of justice.

Undoubtedly, some people who are beholden to the binaries of “left” and “right” or “liberal” and “conservative” will criticize the suggestions and practices I propose. Preexisting views about racial justice are shaped by political parties, religious affiliations, and polarized visions of the world as it should be. One of the major fault lines among people who hold different views of racial justice concerns whether racism is an individual or an institutional problem. Is racism mostly a matter of personal attitudes and actions, or is it the result of systemic structures and institutional policies? Those labeled “liberal” focus on the latter while those labeled “conservative” highlight the former. In this book, I am not seeking to pit the personal against the systemic. Individual agency matters significantly, even in a world where institutions wield enormous power. And institutional policies and practices can limit the personal choices and the number of good options that individuals have available to them. Racial justice must occur at both the individual and the institutional level.

Others may criticize the practices proposed here as “liberal,” “leftist,” “socialist,” “Marxist,” “Communist,” or “promoting critical race theory.” But such accusations are ahistorical. Some of these ideas for fighting racial justice have been offered for centuries. Extending voting rights to people of all races and ethnicities, for instance, has been around since the founding of the United States. Black activists and ministers have proposed the idea of reparations for slavery since before the end of the Civil War. Pejorative labels like those above typically ignore the continuity of racial justice movements throughout different historical eras. Instead of reflexively rejecting recommendations, test the ideas themselves for their impact on racial and ethnic minorities. Let mutual respect, humility, and solidarity with the oppressed lead you to your conclusions about what must be done to ensure racial justice.

I believe it will be most helpful to read this book in community. Processing the concepts will be more fruitful when you can hear other perspectives and experience the dynamism that comes from conversation with others who are on a similar journey. As you consider what actions you should take, start by choosing one or two specific actions from each chapter. You may want to scaffold the practices by choosing ones that seem easily achievable, others that feel like a stretch, and a few that may strike you as truly radical.

Above all, don’t worry too much about where to begin. If you want a step-by-step plan for racial justice before you get involved, you will remain stuck in place. Often throughout history, people became activists because they took a single action. While there are always precursors leading to that action, there eventually comes a moment when a person decides that doing nothing is more costly than doing something. W. E. B. DuBois once said, “The cost of liberty is less than the price of repression.” When that becomes true for you, you will be ready to take the next step on the journey toward racial justice.

Sometimes people ask me what keeps me going on this journey. How do I avoid discouragement when racism seems to be winning the day? I certainly have seasons of struggle, doubt, and fatigue. But I find that remembering the ancestors in this fight fills me with inspiration and conviction to keep moving.

Fannie Lou Hamer has become an enduring example for me of what it means practice courageous Christianity and move toward racial justice. Born as the youngest of twenty children to a family of sharecroppers, Hamer took up the family business of picking cotton at the age of six. Although she had a quick mind, she only attained a sixth-grade education in her formal schooling. White supremacy in the Jim Crow South dictated that tending the fields was more important for a Black woman than cultivating a life of the mind. After spending years as a sharecropper on a cotton plantation, Hamer might have lived and died in obscurity. But in 1962, at the age of 44, Hamer heard a civil rights presentation given at Williams Chapel Missionary Baptist Church in Ruleville, Mississippi, where she lived and worked. The presenters included James Bevel, James Forman, and Bob Moses, and they told those assembled about voting rights and how, by registering to vote, they could help elect officials who would work to uplift poor Black communities like hers. “I could just see myself voting people outa office that I know was wrong and didn’t do nothin’ to help the poor.”21 When they asked for volunteers to go down to the county courthouse to register, Hamer raised her hand as high as it could go.

While I cannot offer a full accounting of the momentous life of Fannie Lou Hamer, her story is worth knowing. She endured incredible hardships in her fight against racism. At one point white supremacists shot up the house where she was staying. White police officers brutally beat her and other Black activists in a rural Mississippi jail. Yet she went on to become a nationally known civil rights figure who, in 1964, gave live televised testimony of her struggles for voting rights at the Democratic National Convention. She also helped form the Mississippi Freedom Democratic Party as an alternative to the all-white southern Democratic machine operating in Mississippi at the time. She spent the remainder of her years working on behalf of the poor—both Black and white—in the Mississippi Delta.

Hamer lived at the intersection of racism, sexism, and poverty. As a child of the Black church and with a mother who instilled in her belief in the Christian God, Hamer had a deep faith that empowered her activism and gave her indomitable courage in the face of life-threatening danger. In response to the threats she endured for her activism, she said, “Sometimes it seem like to tell the truth today is to run the risk of being killed. But if I fall, I’ll fall five feet four inches forward in the fight for freedom. I’m not backing off.”

We need another generation of people willing to fight for freedom. We need a movement of people who will not back away in the face of racist evils and the lie of white supremacy. If you are willing to be part of this movement, and if you want to better equip yourself for the struggle, then read this book and take the next step on the journey toward racial justice.

Previous Post
The Noise of Your Songs
Next Post
PTM: We Been Told Yall…Black Triumph in an Insurrection